Ranbir Kapoor and Alia Bhatt are getting wedding congratulations from across the country since they got married. Celebs and fans all are showering love on the couple. Meanwhile, condom company Durex has congratulated Ranbir and Alia on their wedding in a special way, which is being discussed a lot. 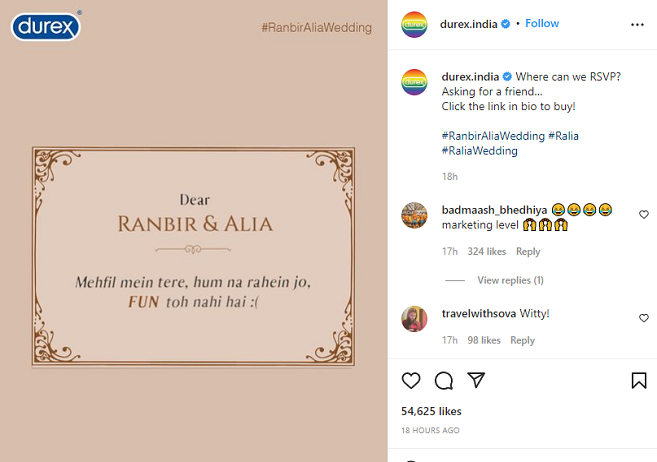 Condom company Durex shared a post on its official Instagram account and wrote, ‘Dear Ranbir and Alia. Mehfil mein tere, hum na rahein jo, Fun to nahi hai.” It is known that the company has written this post while doing creativity with the lyrics of the song ‘Channa Mereya’ from Ranbir’s film ‘Yeh Dil Hai Mushkil’. Users are giving funny reactions to this post of the company. One user wrote, “What is the marketing level.” Another commented, “Brother! I liked Durex’s post more than Alia’s post.” Someone wrote, “Was just waiting for this.” 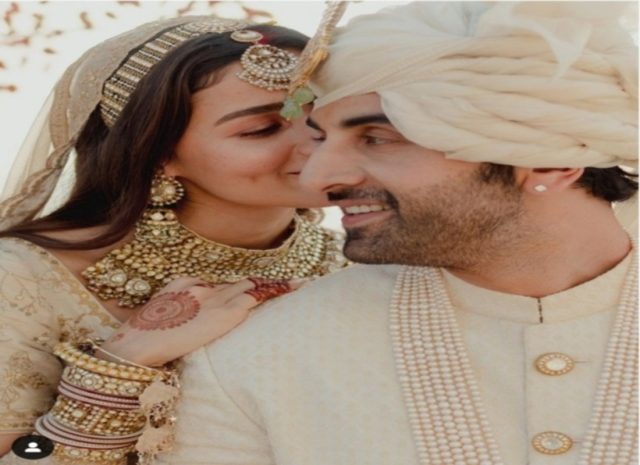 Earlier, Durex had also congratulated Katrina Kaif and Vicky Kaushal on their wedding in their unique style. They posted on his social media handle, ‘Dear Vicky and Katrina, agar hume nahi bulaya to majak hi hoga.’ It is known that Vicky and Katrina kept their marriage very secret. Apart from this, Durex Company has posted their wishes on the wedding of Deepika Padukone-Ranveer Singh, Virat Kohli, and Anushka Sharma, which was very much discussed. 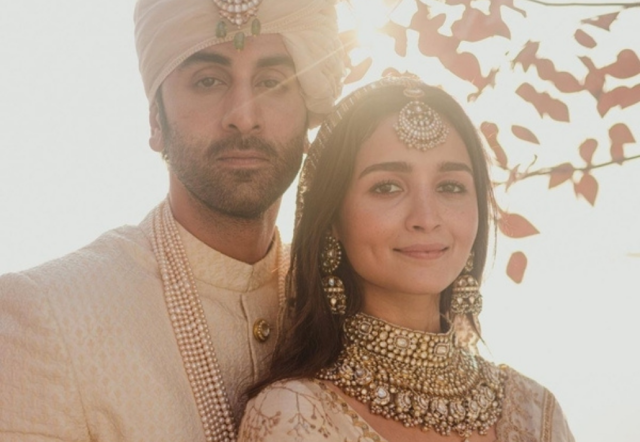 Let us inform you that Alia Bhatt and Ranbir Kapoor got married on 14 April. After marriage, Alia shared many of her pictures on her Instagram account with her husband Ranbir, which are becoming fiercely viral on social media. The bonding of Ranbir and Alia can be seen in the pictures. Posting the photos, she wrote in the caption, ‘Today we got married in our favorite spot in this house among friends and family, where we spent five years of our relationship. Thank you all for your love at this important moment in our lives.’