‘If Star Kids Wears A Bikini, They Are Hot Apparently’, Says Urfi Javed on Being Called Cheap For Donning Bikini

Bigg Boss OTT has brought many faces to the spotlight. Each contestant from the show is grabbing the paparazzi’s attention for even their casual outings. Urfi Javed is one such ex-participant of the show. Though her stint on Bigg Boss OTT was short, Urfi made a good amount of fan following outside. But besides her admirers, there are many trollers also who keep targeting her for her bold and out-of-the-box outfits. Whenever Urfi steps out, her style statement becomes the talking point for many. But Urfi is someone who does not take all this lightly. In fact, she slams the trolls many a time on social media. In an interview, she has also said that criticism coming her way these days is making her more confident.

The actress who is known for portraying pivotal roles in TV drama Bade Bhaiyaa Ki Dulhania, Bepanaah, Daayan, Yeh Rishta Kya Kehlata Hai, and Jiji Maa was recently trolled by her fans for wearing a bikini and was called cheap. Now the actress has raised her voice against the double standards that people have for television actors and star kids. 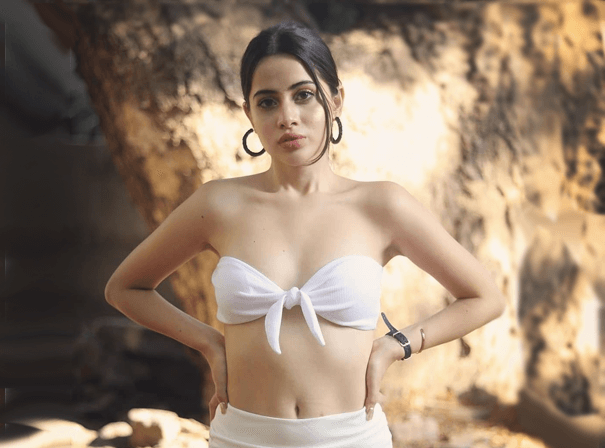 Sharing a screenshot of an online portal that called Jahnvi Kapoor an ‘island girl and heaped praises on her pictures from her Maldives vacation, Urfi wrote, “Headline for a star-kid.” Contrasting with this piece of news, she shared a screenshot of a Hindi news portal that said that Urfi was wearing a ‘tiny’ choli with her lehenga. The article also pointed out that netizens were calling her ‘Besharam’ or shameless. Urfi captioned it, “Headline when you’re not a star-kid.”

She then went on to share a video where she could be seen saying, “I wear a bikini I am cheap and I show skin, when a star kid wears a bikini they are hot ‘apparently.'”

Urfi often shares her bold pictures on Instagram. The article that Urfi pointed out was for a picture she shared recently in a dark red lehenga choli with headgear. She captioned the post, “You cannot compete with me. I want you to win too,” with heart emojis. In the same attire, she also shared a Reel video on Instagram. In the clip, the actress could be seen twirling in the lehenga. 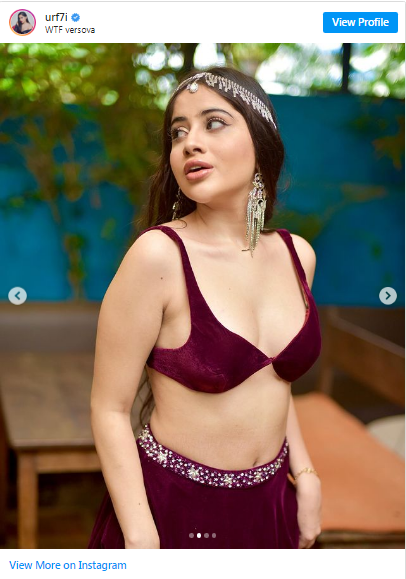 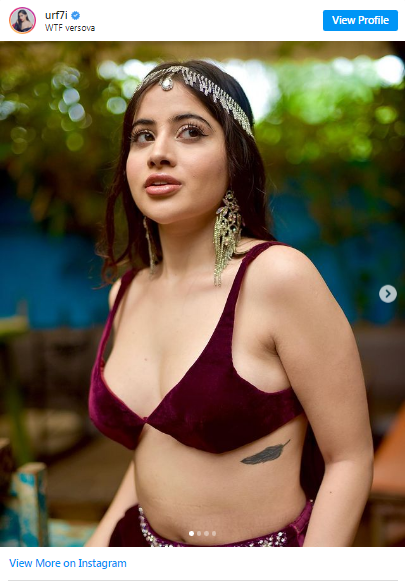