On Monday, Alia Bhatt released the trailer for her upcoming movie, Darlings. The actress, who is pregnant with her first child with husband Ranbir Kapoor, attended the trailer launch wearing a flowy yellow dress in an attempt to conceal her growing tummy. Later, Alia dressed into a black floral sharara and once more came close to concealing her pregnancy. A video showing Alia searching for a location to pose for photos following the trailer premiere has been uploaded by a paparazzi account. She moves around in search of the ideal lighting for photographs. She travels to another place for additional photos after posing near some vegetation. She then continues to strike a posture in the sharara and flared kurti while holding her hands and dupatta in front. The actor looked lovely as she complimented the outfit with jhumkas and a little bindi on her forehead.

However, the majority of her followers reported that despite numerous tries, she was unable to conceal her pregnancy bump. The baby bump is evident, an admirer said. Someone else remarked, “Isn’t she concealing her pregnancy like Indian rituals?” Another admirer remarked over Alia Bhatt’s “glow.” “She is cute.. she is great for Ranbir Kapoor,” a fan said. Others said her clothing was “beautiful.” Preity Zinta and Lisa Haydon gushed about Alia’s glowing pregnancy glow in the comments section of the images she posted during the day of her appearance in a short yellow dress. 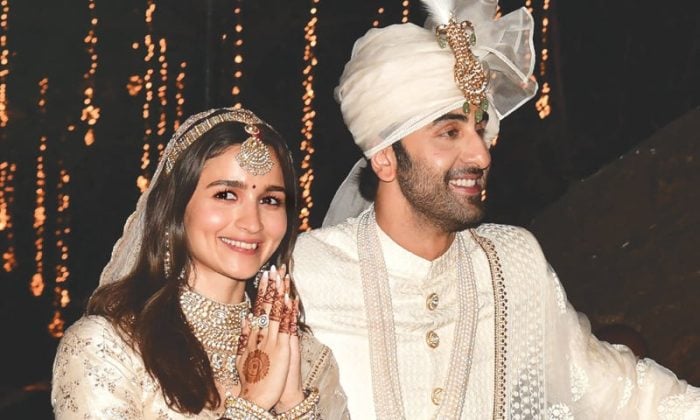 Last month, Alia made her pregnancy public. In April, she and Ranbir got married at his Mumbai residence. With Darlings, a co-production of Shah Rukh Khan’s Red Chillies Entertainment, Alia now makes her acting debut. It is a dark comedy that will begin streaming on Netflix on August 5 and features Shefali Shah, Vijay Varma, and Roshan Mathew as well.