Actress Kajal Aggarwal revealed the face of her son Neil finally. The actor was spotted traveling with her husband Gautam Kichlu and Neil on Friday. The family of three was seen arriving at the Mumbai airport to catch their flight. Kajal and Gautam posed for the paparazzi as their son was seen relaxing in a pram.

She occasionally shares pictures and videos of Neil on Instagram. But she refrains from revealing her face. She shared a photo of him last month, with her slung over his shoulder in a baby carrier. She captioned it, “Doublethetrouble #twicethefun.” They are giving a major family vibe. All three of them were looking adorable together. 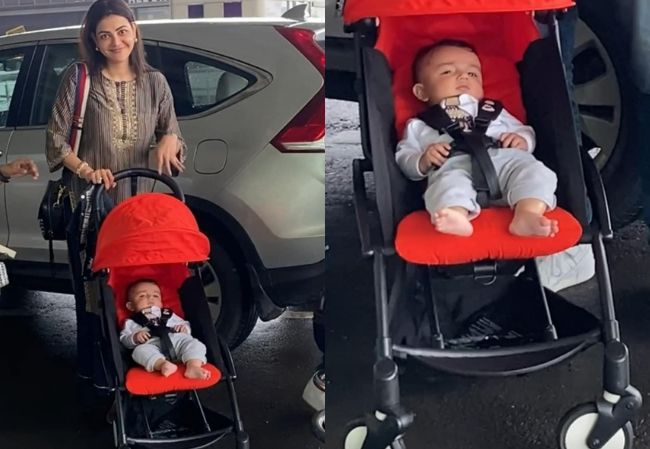 After becoming a mother, Kajal is working on her comeback film Indian 2 opposite Kamal Haasan. She is practicing horse riding, sword fighting, and Kalaripayattu for the film. She recently shared a video from her Kalaripayattu class when she practiced the art of sword fighting.

She captioned it, “Kalaripayattu is an ancient Indian martial art, that translates into ‘practice in the arts of the battlefield.’ The magic of this art form evolved into the birth of Shaolin, Kung Fu and consequently Karate and Taekwondo, amongst others. Kalari was typically used for guerilla warfare and is a beautiful practice that empowers the seeker physically as well as mentally.” 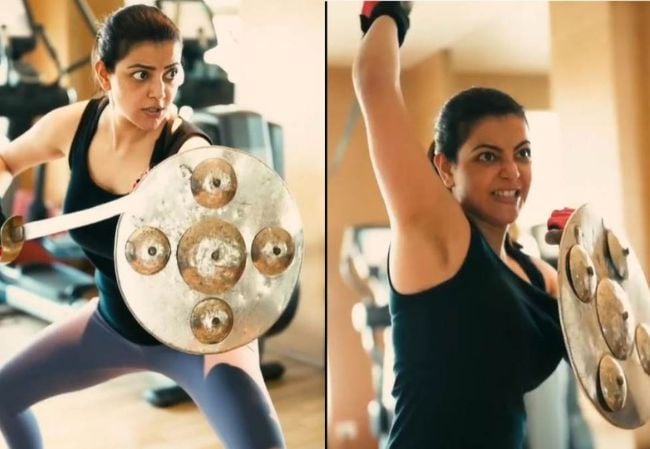 She further added, “Grateful to have been learning this intermittently (but wholeheartedly) over 3 years! @cvn_kalari have been fabulous and so patient, guiding me as per my ability to learn and perform at different degrees over time. Thank you for being such wonderful masters.”