Chiranjeevi Thanked Salman Khan For Godfather; Said, “Your Role Is The Strength Of The Film”

South Superstar Chiranjeevi’s film ‘Godfather’ has been released. Bollywood superstar Salman Khan also appeared along with the actor in this film. Salman Khan made his debut in Telugu film through Godfather. This political action thriller film is released on 5 October 2022 on the occasion of Dussehra. Let us tell you that Salman Khan has played the role of Masood Bhai in Godfather. 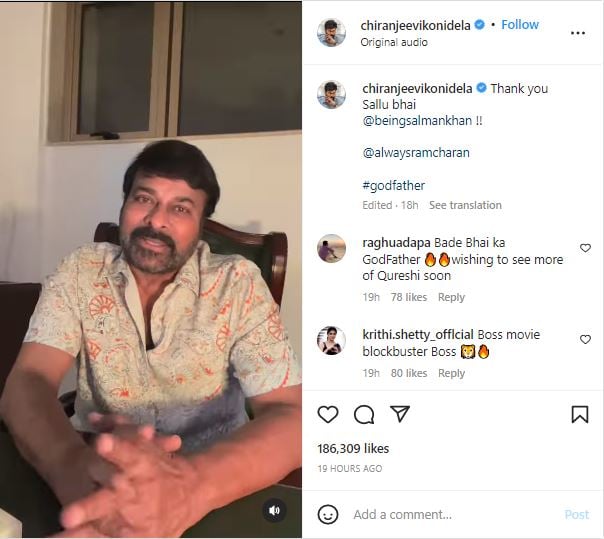 He is a confidant of political figure Brahma/Abram Qureshi (Chiranjeevi). The film is getting good response. Chiranjeevi has recently thanked Salman Khan for the success of this film. Chiranjeevi recently shared a video on social media. In this, he is seen thanking Salman Khan. In the video, Chiranjeevi is saying, “Thank you my dear Sallu bhai. Congratulations. Masood bhai is the biggest force behind the success of the film ‘Godfather’. Thank you very much. Vande Mataram.” Let us tell you that Chiranjeevi has shared this video from his Instagram account. With this he has written, ‘Thank you Sallu Bhai.’ 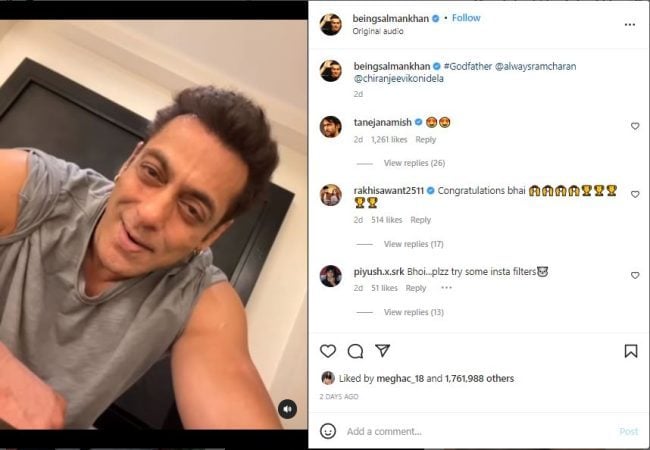 Let us tell you that before this, Salman Khan has also congratulated Chiranjeevi for the success of the film through his Instagram page. The actor wrote, “My dear Garu. I love you and hear that ‘Godfather’ is doing wonderfully. Congratulations to you.” Let us tell you that Nayanthara and Satyadev were also seen in important roles in this film directed by Mohan Raja. 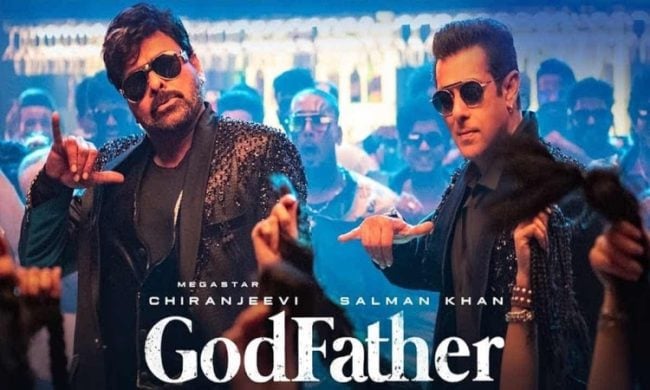 The film ‘Godfather’ is a remake of Malayalam blockbuster film Lucifer. According to reports, this film has been made in a budget of around Rs 90 crore. Salman Khan’s performance in the film is being liked. Talking about Salman Khan’s workfront, these days he is also in discussion about his upcoming film ‘Kisi Ka Bhai Kisi Ki Jaan’. At the same time, Chiranjeevi will be seen in Bhola Shankar’ after ‘Godfather’. The film also stars Nayanthara. The action-packed film will hit the theaters next year.