Karan Kundrra & Tejashwi Prakash Celebrated Their First Holi Together, Seen In This Condition After The Party!

TV industry’s hot couple Karan Kundrra and Tejashwi Prakash celebrated their first Holi together this year. Now after Holi, many photos and videos of both are coming out on social media. that dominates the Internet. Well-known TV actress Ankita Lokhande had organized a Holi party for her close people. Where both entered with swag and took the full attention of the media. At this Holi party, Karan and Tejashwi were seen having a lot of fun and fussing with each other. 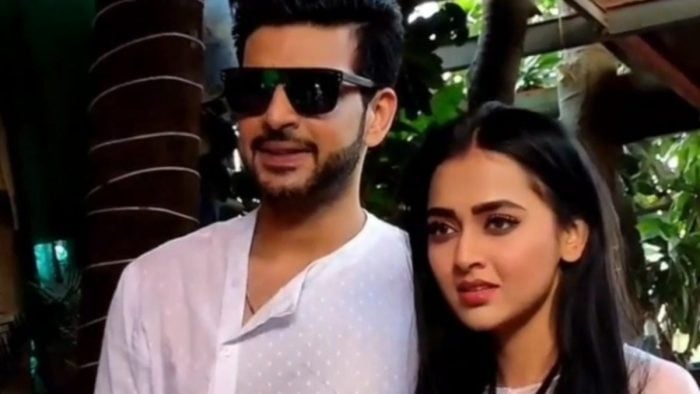 At the Holi party, Karan and Tejashwi arrived in white and black outfits. Together both looked very cute. Karan looked handsome in a white kurta, which he wore with black pyjamas. At the same time, Tejashwi was also looking very beautiful in the black co-ord set. 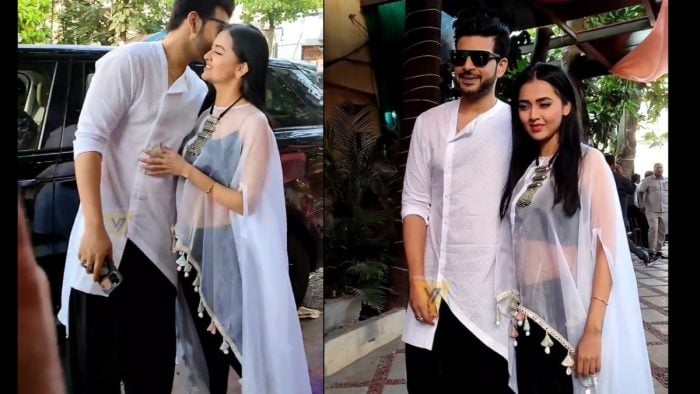 Along with entering, both of them gave many poses to the paparazzi and in the meantime Karan was also seen kissing Tejashwi, surprising everyone.

Tejran came out to play Holi in this condition

Even while coming out of the Holi party, Karan and Tejaswi were spotted by the media. During this, both of them came out holding each other’s hands and were seen red-yellow with colors. Tejashwi had taken an energy drink and a rose flower in hand. At the same time, Karan was seen handling his phone. The two talked to the media for a while and left for their car. 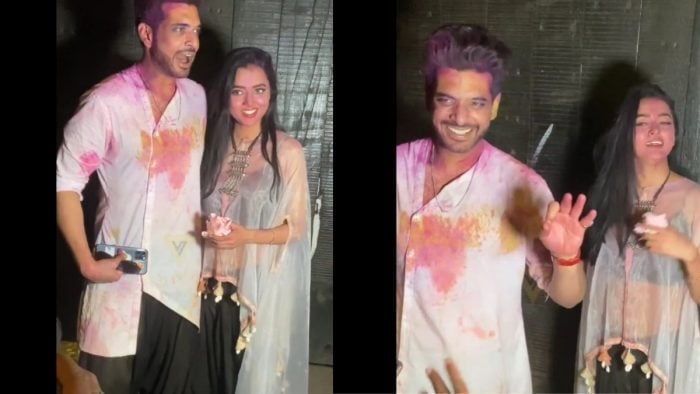 On the curve front, Karan and Tejashwi were seen together in their first music video ‘Rula Deti Hai’ which managed to win over their fans. After winning Bigg Boss 15, Tejashwi is busy shooting for Colours show Naagin 6. Tejasswi is seen sharing screen space with Bigg Boss 15 contestant Simba Nagpal and their chemistry in the show is grabbing a lot of attention. While Karan also has some music videos in his kitty. He is currently seen as a jailer in Kangana Ranaut’s reality show ‘Lock Up’.