TV actress, Karishma Tanna is one of the most adored actresses in the industry. Her private life has always been the topic of interest for netizens. Talking about the actress’ personal life, Karishma is now engaged to her longtime boyfriend Varun Bangera. She is currently having fun in the United Arab Emirates. Though the couple hasn’t verified the news, their mutual friend Suved Lohia has leaked the good news.

He took to his Instagram Stories to share the picture of the actress wrapped up in Varun’s arms. In the photo, the duo can’t take their eyes off each other. While Varun is seen wearing a black T-shirt with matching pants and a cap, Karishma is sizzling in an oversized T-shirt and black pants.

The picture which got viral on the internet was captioned by Suved as, “Two hearts one beat, two bodies one soul. Congratulations to my man and my KT.” He added, “The rumors shall stop now” along with a laughing emoji. 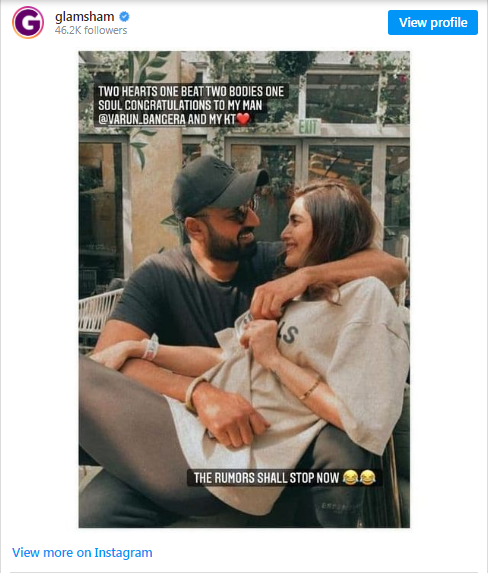 On Friday, the  Naagin actress had shared a picture of a slice of cake with a burning candle on it. ‘Congratulations’ was written on the cake. Admirers of the actress are waiting for her to share an official post about this big event of her life.

Karishma Tanna who is quite active on social media has been sharing glimpses of her vacation in Dubai. The actress recently shared multiple photos on Instagram and captioned them, “Dubai” followed by a heart emoji. Karishma was also recently spotted at the airport flaunting a shiny ring on her finger. 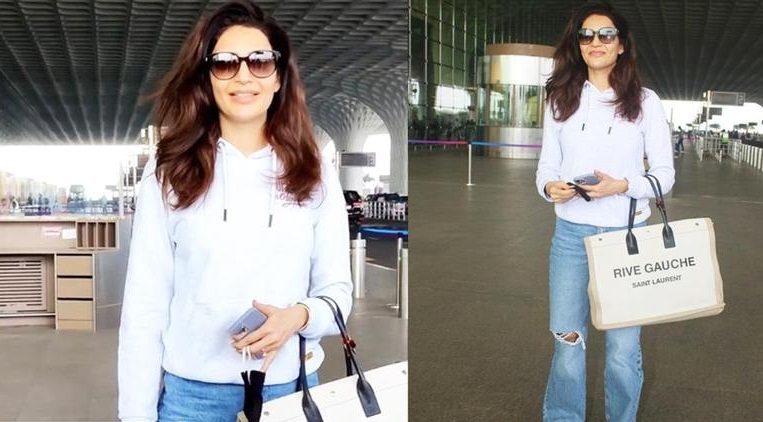 Earlier there were speculations that she is dating actor Pearl V Puri. She was also in a relationship with Upen Patel earlier. The two even hosted a reality show MTV Love School together. On the professional front, Karishma will be seen alongside Sunny Leone in the web series titled Bullet.