Kartik Aryan Stops By A Chinese Van On His Way Back From Bigg Boss 15 Sets, Fans Find Him Humble- See Pictures

Bollywood actor, Kartik Aryan recently appeared in Bigg Boss 15 Weekend Ka Vaar for the promotion of his upcoming actioner on Netflix, titled Dhamaka. Later, on his way back home, the actor stopped by a Chinese food van on the roadside to enjoy some snacks.

A video of the Pyaar Ka Punchnama actor enjoying Chinese food at a corner stall in the city has gone viral on the internet. The video begins with Aryan getting out of his swanky Lamborghini. He was seen wearing the same clothes he wore for the shoot of Bigg Boss  Kartik after buying food, kept it on his car’s bonnet, and began eating along with a friend. He even took some food from his friend’s plate and was heard saying, “Yaar khaane ka documentary hota hai (There are documentaries for food).” 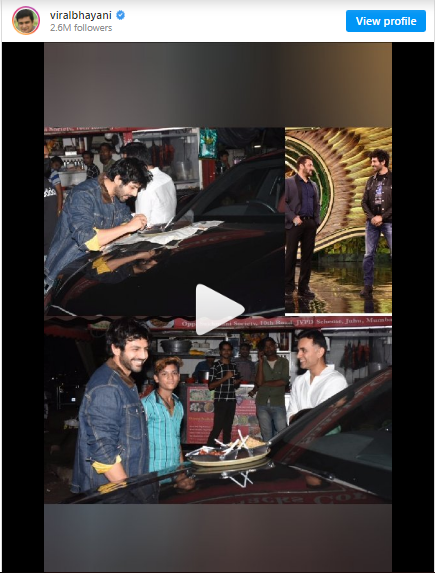 Later, Kartik was also seen happily posing for the shutterbugs before leaving. The actor’s fans were impressed with the actor’s down-to-earth nature. A fan commented, “He is so humble, so sweet man.” Another user said, “Great guy very down to earth.”

Earlier in the same day, the actor had joined Salman on BB 15 to promote his film. Salman Khan and Kartik had a blast together on stage. They also played a rapid-fire round in which Salman asked Kartik to answer some of his fun questions. 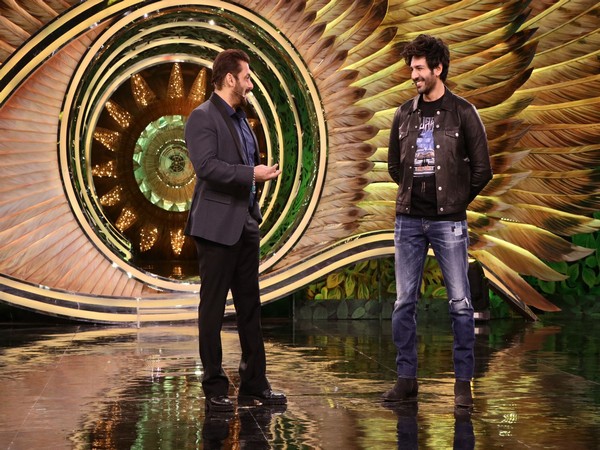 Salman asked him, “Agar mein actor nahi hota toh kya hota, koi option nahi (What would I be if I wasn’t an actor?), Kartik answered, “Sir agar aap actor nahi hote, toh hum kya karte? (Sir, if you weren’t an actor, what would we have done then)?” Salman reacted, “Toh phir aap Salman Khan  director ke saath kaam karte aur Salman Khan aapka competition nahi hota (Then you would have been working with Salman Khan – the director and he wouldn’t have been your competition).” Kartik immediately asked Salman to sign him.

Kartik will now be seen in the role of a TV journalist in Dhamaka. The film has been directed by Ram Madhvani and would be streaming on Netflix from November 19 onwards.