Kerala’s Zika Virus Infections Tally Reaches 35; Read All You Need To Know About the Virus Here

In the state of Kerala, the second wave of the Covid-19 pandemic is retreating at a slow pace as compared to other parts of the country. And now, the state has started reporting cases of another virus i.e. Zika Virus.

The first case of the Zika virus, a mosquito-borne viral infection, was detected and confirmed in a 24-year-old pregnant woman in Thiruvananthapuram, Kerala. The tally has increased and reached 35 till now. 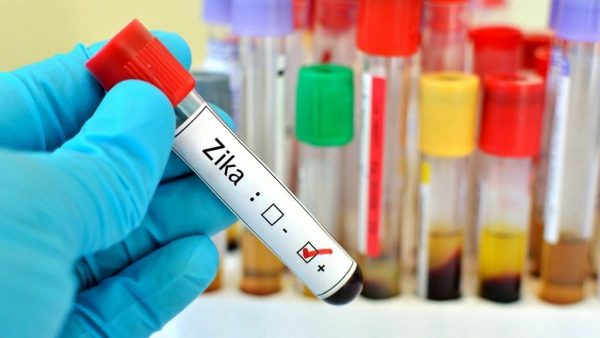 As per the sources, the woman is in stable condition now. She gave birth to a child on June 7 and began showing symptoms on June 28. The woman was hospitalized and all kinds of tests were performed. When tests for other viral infections turned out to be negative, the doctors recommended a Zika virus test.

Thirteen others, who were earlier suspected to have contracted the virus have also turned out to be positive for the viral infection. The confirmation came from the National Institute of Virology (NIV) in Pune where their samples were sent for testing.

Zika is a mosquito-borne virus that gets transmitted to healthy individuals through the bite of an infected Aedes species of mosquito named Aedes aegypti.

According to the World Health Organisation (WHO), the Aedes mosquitoes usually bite during the day. Early morning, late afternoon, or evening is the peak hours for the mosquito to attack a healthy individual. The mosquito is also responsible for the transmission of viruses that cause dengue, chikungunya, and yellow fever.

Zika Virus infection is not something to worry about in the majority of the population. But it can prove to be fatal for pregnant women and fetuses. The infection can cause microcephaly (disability in brain functions) or other congenital Zika syndrome conditions in a newborn child. Research is still going on to know the wide range of effects of the Zika virus on pregnancy and the development of neurological disorders in children and adults due to this viral infection. 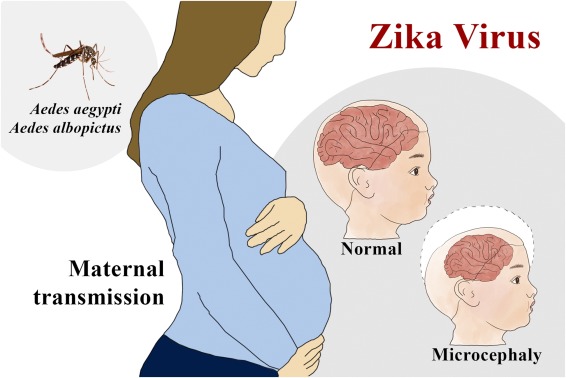 The virus transmits easily from a pregnant woman to her fetus. Sexual contact, transfusion of blood and blood products, and organ transplantation are some of the other ways in which it spread.

Zika virus can be transmitted through sexual intercourse. On this WHO said, “This is of concern due to an association between Zika virus infection and adverse pregnancy and fetal outcomes.” As a preventive measure, WHO has also recommended using contraceptive measures while having sex.

According to the WHO, 86 countries have reported evidence of the Zika virus so far.

The virus was first identified in monkeys of Uganda in 1947. In 1952, the virus was detected in humans of Uganda and the United Republic of Tanzania for the first time. Since then, outbreaks of the virus have been seen in Africa, America, Asia, and the Pacific. Human infections of the virus are rare across Africa and Asia.

The first outbreak of Zika was reported on the island of Yap in 2007. A massive outbreak happened in 2013 in French Polynesia. In 2015, the scary outbreak of the virus in Brazil made headlines across the World. Soon after this, cases came from the US, Africa, and other regions of the world

According to the US Centre for Disease Control (CDC), many people infected by the virus will remain asymptomatic or might just show mild symptoms that include fever, rash, headache, joint pain, red eyes, muscle pain. The symptoms can last for several days. Hospitalization might be needed if the symptoms last longer than several days. 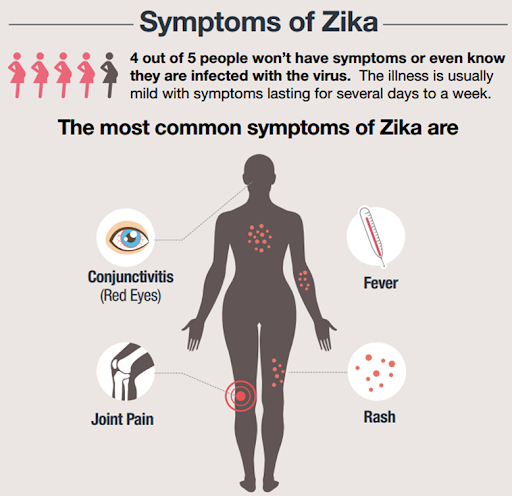 Zika virus can be diagnosed only through blood tests or tests of other body fluids, such as urine or semen. There is no specific medicine for the treatment of Zika virus infection. Also, there is no vaccine for protection from the Zika virus.

A Zika-appropriate behavior protocol is recommended by doctors to stay safe and be prevented from this viral infection. These include:

According to the WHO, pregnant women living in areas having a viral outbreak or who develop symptoms of Zika virus infection should seek immediate medical attention for laboratory testing and other clinical care.