Maanayata Dutt said she protected Sanjay Dutt from people who tried to use him: ‘I spoilt their party’

Maanayata Dutt has stood by Sanjay Dutt for the past thirteen years, and in her words, and ‘protected’ him from people who tried to use him. 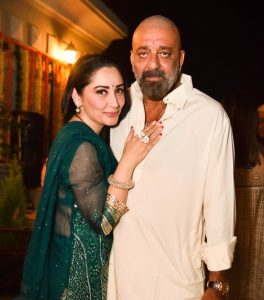 Actor Sanjay Dutt celebrates his 61st birthday today. Controversy’s blue-eyed child as he’s labeled, his journey has been an arduous one, which includes drugs, jail, broken marriages, and lung cancer. His wife, Maanyata Dutt has stood by him for the past 13 years, and in her words, and ‘protected’ him from people who tried to use him. The couple has two children, Shahraan and Iqra. 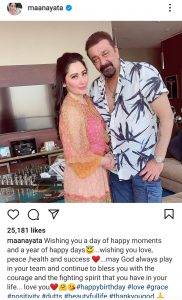 Maanyata and Sanjay dated for two years before they tied the knot in 2008. Their marriage ceremony was held in Goa, in the presence of close friends and family. Their love story faced several challenges, as Sanjay Dutt went to jail in 2013, and it is believed that he wrote to her regularly, asking how things are at home. He was released from jail in 2016. In 2020, Sanjay Dutt had to fight lung cancer but emerged victoriously. 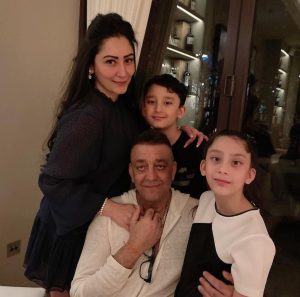 Sanjay Dutt and Maanyata Dutt with their children- Iqra and Sharaan

In an old interview, Maanyata said that she had come as a ‘barricade’ between him and all his ‘fair-weather’ friends. She said, “Wherever there is power, there’s bound to be a lot of conspiracy hovering around that source of power. And let’s face it, sanju is very powerful. There were too many people around him trying to use him. I came like a barricade in Sanju’s life to stand between him and those who want to use him. Naturally, these fair-weather friends resent me. I spoilt their party, you see.”

She said that Sanjay had brought stability into her life. “Sanju has stood by me through thick and thin. I have known him for nine-year. We started seeing each other seriously in 2005. But he knew my past. So when ‘friends’ tried to provoke him he just laughed it off. He knew everything about me.” 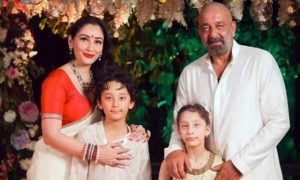 Maanyata stood with Sanjay Dutt at every situation

Sanjay Dutt and Maanyata’s love is evident in their photos on Instagram. On their wedding anniversary last year, Sanjay wrote, “Don’t know what I would do without you, Happy Anniversary.” Maanayata had shared another photo with the caption, “There is no feeling in the world like knowing you have someone by your side to face whatever life throws at you.”