Television Actress Mouni Roy got married on 27 January 2022 with her long-time boyfriend Sooraj Nambiar in Goa. A very few close friends and relatives attended this wedding. Now, Newly Wedded couple Mouni Roy and Suraj Nambiar returned to the city and made their first appearance in front of the media. They were spotted at Goa Airport. 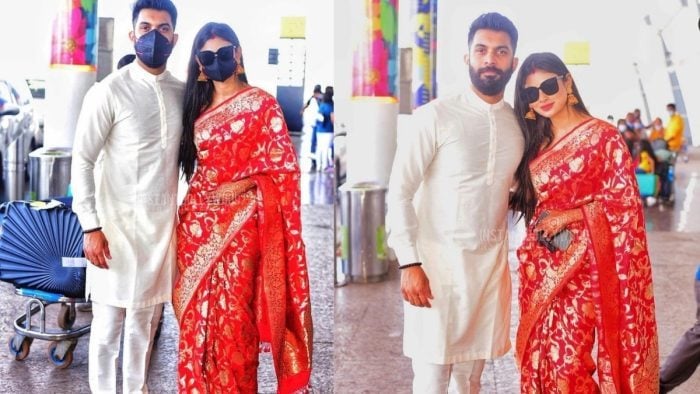 Mouni was wearing a banarsi silk Red saree with ‘sindoor’ in her “mang” in which she was looking super beautiful and Elegant while Sooraj wore a simple white cotton kurta paired with sandal and mask. Mouni also got her mask up and googled her eyes. Both were looking very happy while posing for the camera.

Mouni also said Thank you to the paparazzi when They congratulated her. She said, “Thank you so much for showering your love to us, we are truly grateful”. As soon as the video came to the fore, the couple’s fans started sharing their feelings in the comment sections. Many users congratulated and wished them a Happy married life. Many said God bless you. 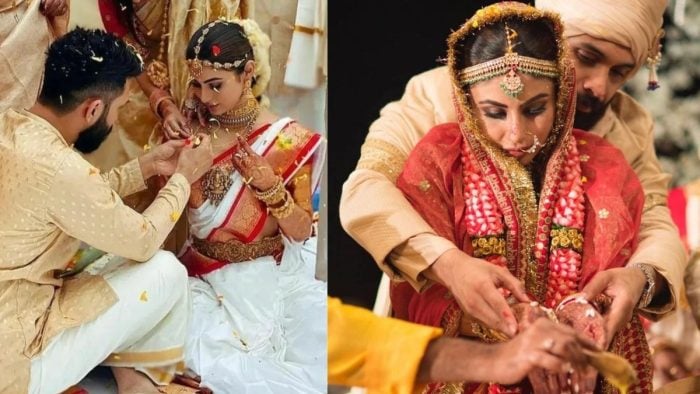 However, some people were asking about her mangalsutra. Some people asked, “If you get married with two different customs then where is your mangal sutra”? A user wrote as trolling, “jaldi jaldi me mangalsutra pehanna bhul gayi”.

Let us tell you, Mouni and Sooraj get married in two traditions, Malayali and Bengali both as Sooraj are from Karnataka and Mouni is from West Bengal. Both of them were first met at Night club in Dubai in the year 2019. Mouni went there to celebrate the new year. 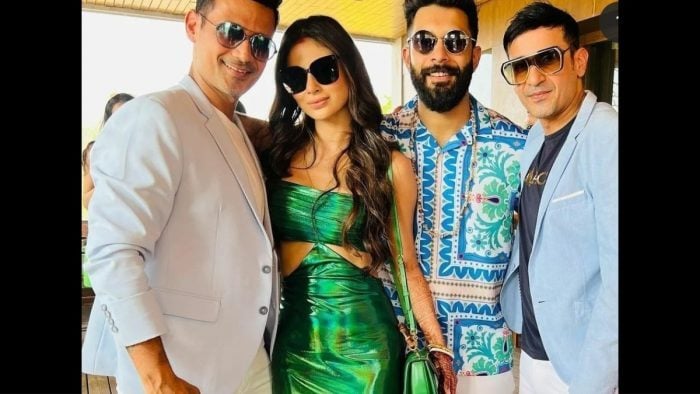 Many photos and videos of their wedding functions surfaced on social media. After marriage Mouni enjoyed her pool party also with her friends. Arjun Bijlani and Mandira Bedi were one of special guest at her wedding.