NEA Scout Mission Will Be The First Spacecraft To Use Solar Radiation As Wind; Read To Know The Details

One probable spot where scientists are hopeful to find answers on how our world came into existence is asteroids floating in the space vacuum. To study the same, a Near-Earth Asteroid (NEA) Scout is set to take off.

NEA is a small spacecraft that has a rough size of a large shoebox. It has been using solar energy to power it and execute critical functions. For the first time, the spacecraft will use the wind to generate thrust and propel forward. The sailing will use photons radiated by the Sun, which is always flowing in space.

This CubeSat (miniature satellite) is powered by the Sun. It will begin its journey as Artemis-I takes to the skies as part of the first uncrewed launch to the Moon.

NEA Scout is the first interplanetary mission that will use solar sail propulsion. The spacecraft will fly by a near-Earth asteroid for approximately two years. 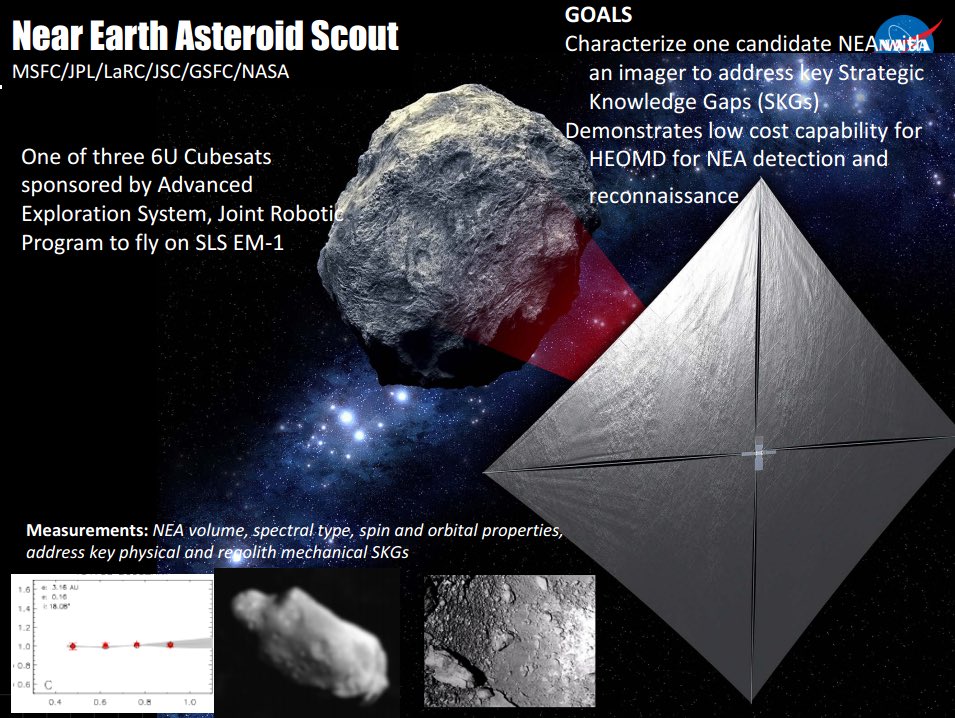 After its arrival, the spacecraft will use a science-grade camera to capture images of the asteroid down to about 10 centimeters per pixel. These images will be studied by scientists to increase our understanding of these small but important solar system neighbors.

Julie Castillo-Rogez, the mission’s principal science investigator has said in a statement, “The images gathered by NEA Scout will provide critical information on the asteroid’s physical properties such as orbit, shape, volume, rotation, the dust and debris field surrounding it, plus it’s surface properties.”

An aluminum-coated plastic film sail that is thinner than a human hair strand has been designed by engineers. This sail, which is approximately the size of a racquetball court will be deployed once the CubeSat is released. Photons or light energy particles coming out of the sun will bounce off from these sails. This will cause spacecraft to move further.

On this sailing, NASA said, “Over time, this constant thrust can accelerate the spacecraft to very high speeds, allowing it to navigate through space and catch up to its target asteroid.”

A solar cruiser with a 16 times larger sail will be flying in 2025. The present spacecraft is paving way for the same.

WHY IS IT IMPORTANT TO STUDY ASTEROIDS?

Asteroids are our cosmic neighbors. These objects hold clues to the origin of the universe. At times, they have the potential of being a threat to Earth. In fact, scientists have been tracking hundreds of asteroids and near-earth objects that have the capacity to threaten the planet. 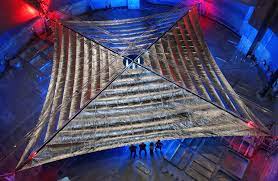 Dr. Jim Stott, NEA Scout technology project manager, said, “Despite their size, some of these small asteroids could pose a threat to Earth. Understanding their properties could help us develop strategies for reducing the potential damage caused in the event of an impact.”

The NEA Scout will probably sail in November 2021. It will be providing data that will be used to design strategies to reduce risk and enhance safety measures.