Bigg Boss 13 has been going around for over 2 weeks now and we’ve already had a big elimination last week. One of the most interesting personalities, Dalljiet Kaur was eliminated from the house and it has shocked all her fans. The next weekend ka vaar episode of Bigg Boss saw the elimination of Koena Mitra including some heated arguments. The host Salman Khan was seen defending Shehnaz Gill and Arti Singh this weekend. Now that Koena has been eliminated, people are questioning Salman Khan on his decisions.

Now, in the latest episode of Big Boss, we saw Devoleena Bhattacharjee lock horn with another contestant Shehnaaz Gill. The contestants have already chosen sides and are slowly understanding who their friends and foes inside the house are! On Tuesday’s episode of Bigg Boss 13, the fight between Devoleena and Shehnaaz got uglier and Devoleena made a statement for which she received severe backlash from the audience on Twitter. 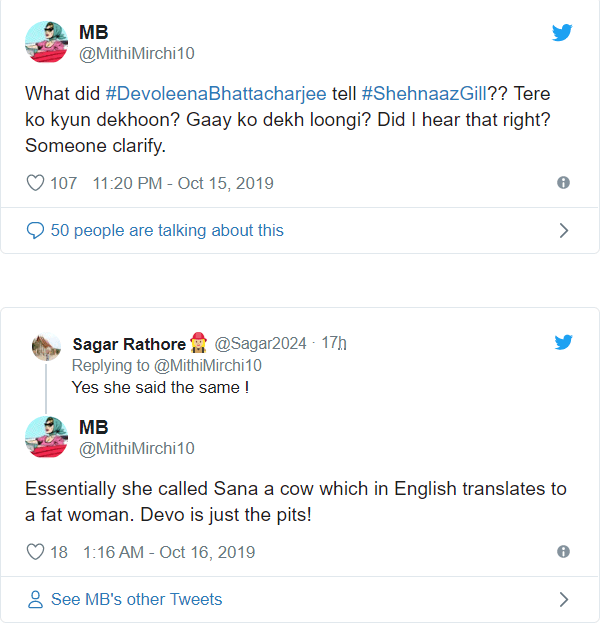 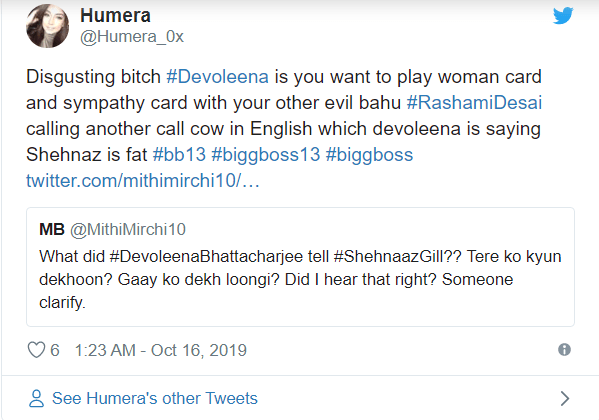 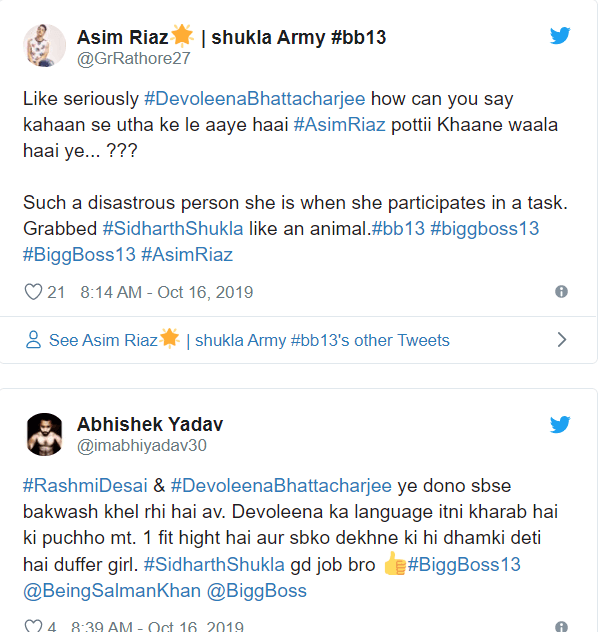 While the two were fighting. Devoleena Bhattacharjee crossed the line and hurt her fans. She body-shamed and said, “Tumhein dekhne se accha mai gaay ko dekh lu (I would rather look at a cow than look at you).” And of course, this statement was clearly wrong and the viewers and netizens expressed their forbidden against it as they took it to Twitter to slam Devoleena. Have a look at what people have to say: