Bollywood dancing queen Nora Fatehi is also known for her sizzling avatar along with her acting and dance. Nora, who makes people crazy with her belly dance, is very active on social media. Nora has often been in discussion among fans by sharing her hot and bold pictures. At the same time, the fans are also eagerly waiting for the latest pictures of Nora. Meanwhile, once again he has wreaked havoc on social media with his latest photoshoot. Nora Fatehi has intended to make fans crazy by wearing a black outfit this time. 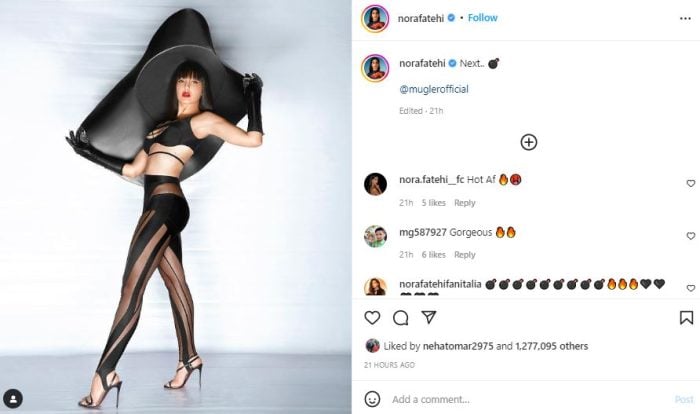 Nora Fatehi has shared a picture of her recent bold photoshoot on Instagram. In this picture, Nora is stealing the hearts of fans by becoming a black beauty. In the picture, you can see that Nora is wearing transparent pants in black color and is wearing a black bralette. Nora has paired black color gloves in her hands. At the same time, Nora has put on a big cap which is suiting her a lot. During this, her look is looking very bold and hot. With this black outfit, Nora has used red lipstick well and is wearing high heels. This look of Nora is becoming increasingly discussed on social media. 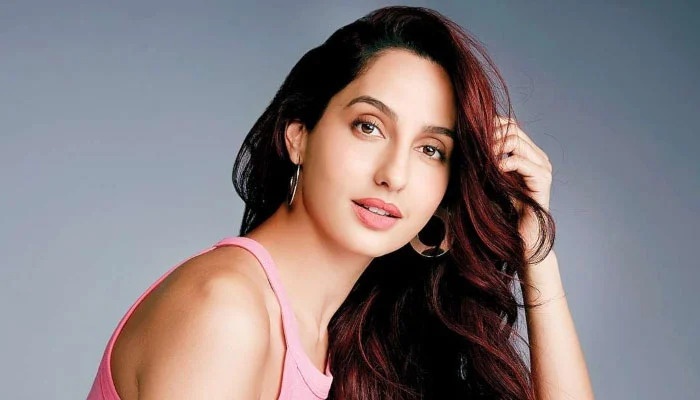 Talking about Nora Fatehi’s work front, these days she is seen as a judge in the reality show ‘Dance Deewane Juniors’. On the other hand, Nora may have been seen very little while acting in films, but she steals people’s hearts with one of her songs in the film. Nora has so far made everyone crazy with her dancing moves on several songs including ‘Dilbar-Dilbar’, ‘Kamariya’, and ‘Kusu-Kusu’. Nora Fatehi has also acted in films like ‘Street Dancer 3D’, ‘Batla House’, ‘Bhuj’.