Om: The Battle Within: Aditya Roy Kapur Shares Motion Poster For His Next Stint; Check Out Trailer Release Date! 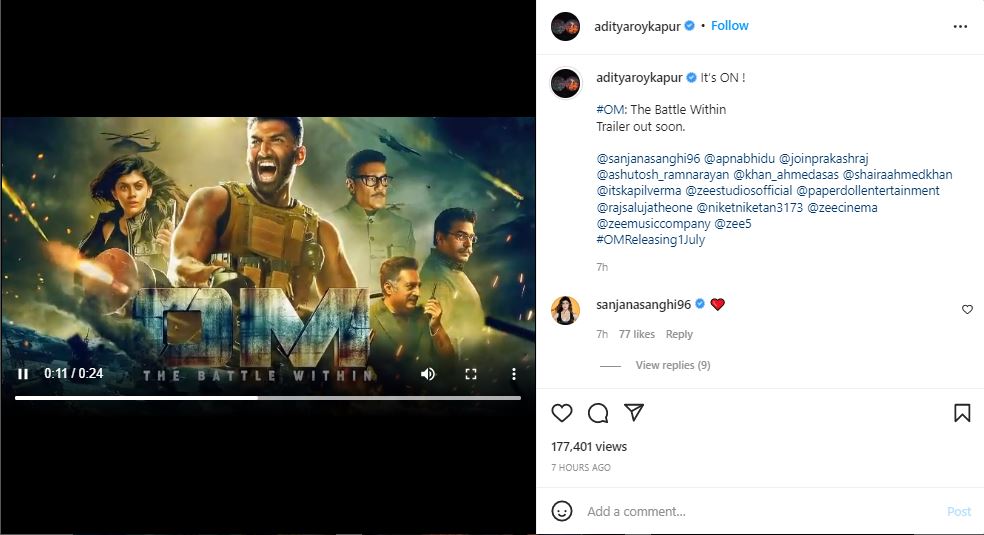 The motion poster begins with a bang, after which the actor is seen in action mode with gun machines in his hands. Along with this, he has also shared information about the release of the trailer of his film and has told that, the trailer of Om: The Battle Within will be released soon. Along with Aditya Roy Kapur, actress Sanjana Sanghi and Prakash Raj will also be seen playing lead roles in this film. The director of this film is Kapil Verma. 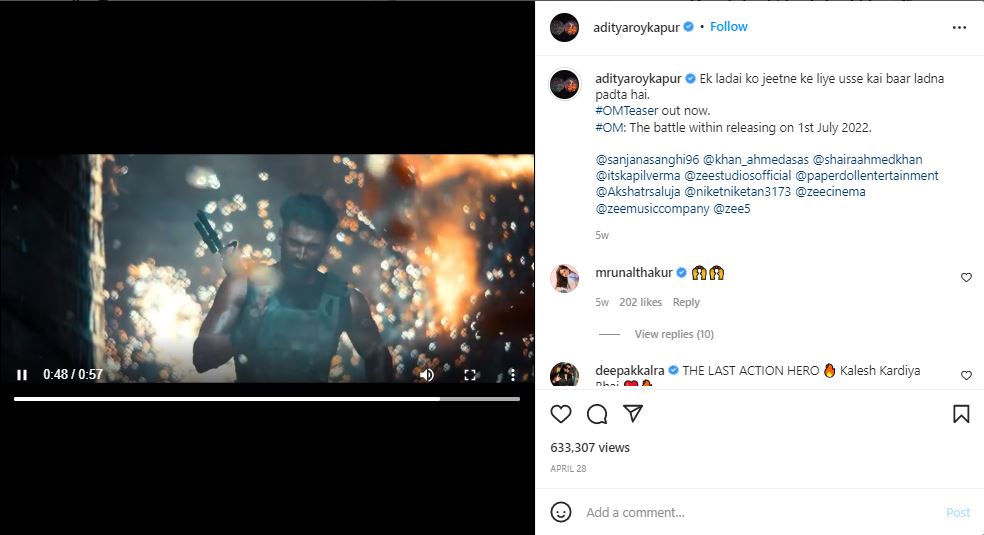 At the same time, the teaser of the film was released last month, in which Aditya Roy Kapoor is seen doing a bang action. Going by the teaser, it is known that the actor will be seen in the role of a soldier in the film, who is seen putting his life on the line to complete a mission. This action-packed film has been produced under the banner of Ahmed Khan and Shayra Khan’s production house in association with Zee Studios. 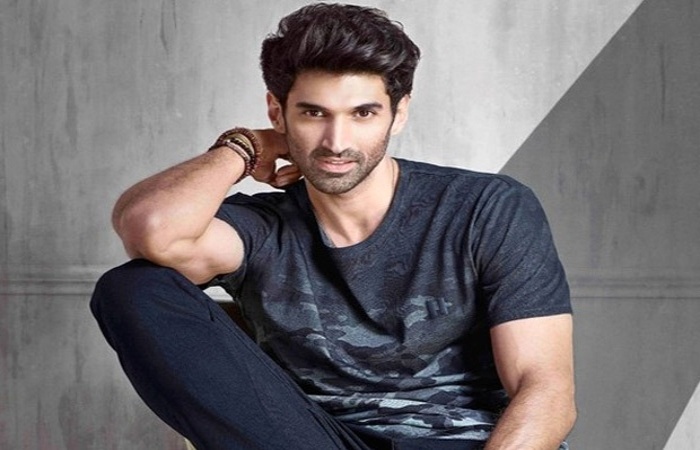