Mouni Roy and Sooraj Nambiar will tie the knot tomorrow i.e. on January 27 in Goa. Meanwhile, the pictures from the Haldi Ceremony of the actress are going viral on social media. In these pictures, Mouni is seen in a beautiful yellow outfit. In the picture going viral on social media, Mouni is seen wearing a yellow-colored chunari. Along with this, Mouni is wearing heavy gold jewellery around her neck. Must say Mouni is looking very beautiful in this look. 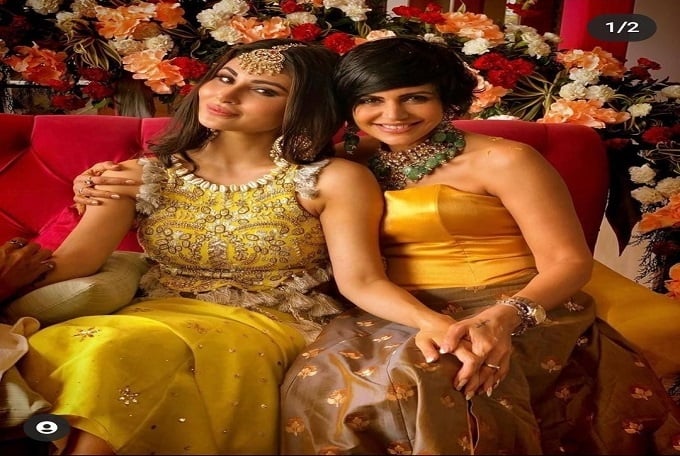 Along with this, another picture of Mouni has surfaced in which Mouni is hugging Sooraj. In the picture, Suraj is wearing a white shirt, while Mouni is also seen in a white outfit. Haldi is applied on both of their faces. As you can see in these pictures there are very few people seen around Mouni and Sooraj. The reason for this is that the actress is following the Covid rules, and fewer people have been invited for the marriage. In which only family and some close relatives have joined the function. 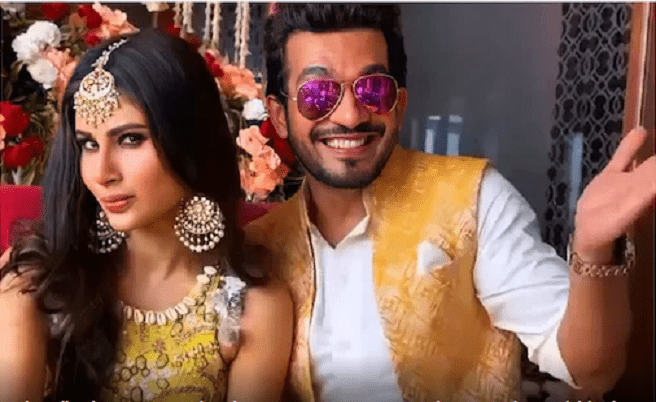 According to the news, Mouni Roy will marry according to both the Bengali and South Indian style customs. Talking about her work front, Mouni became a door-to-door to name with Naagin serial. Mouni has also worked in the Hindi film including Gold opposite Akshay Kumar. Mouni’s name is one of the successful actresses of TV and Bollywood industry.

According to the reports Mouni is dating Sooraj for a long time and Mouni was staying for the past few months in Dubai with Suraj. Suraj is a Dubai-based banker and businessman.