After winning the hearts of fans with her strong acting in Bollywood, Priyanka Chopra is making her acting debut in Hollywood these days. She is working in big projects one after the other. Along with professional life, Priyanka Chopra also balances her personal life very beautifully. After marrying Nick Jonas in the year 2018, Priyanka is settled in Los Angeles and she often shares romantic pictures with Nick Jonas. Recently, on the occasion of Easter celebrations, fans got to see the romantic style of Priyanka Chopra and Nick Jonas. 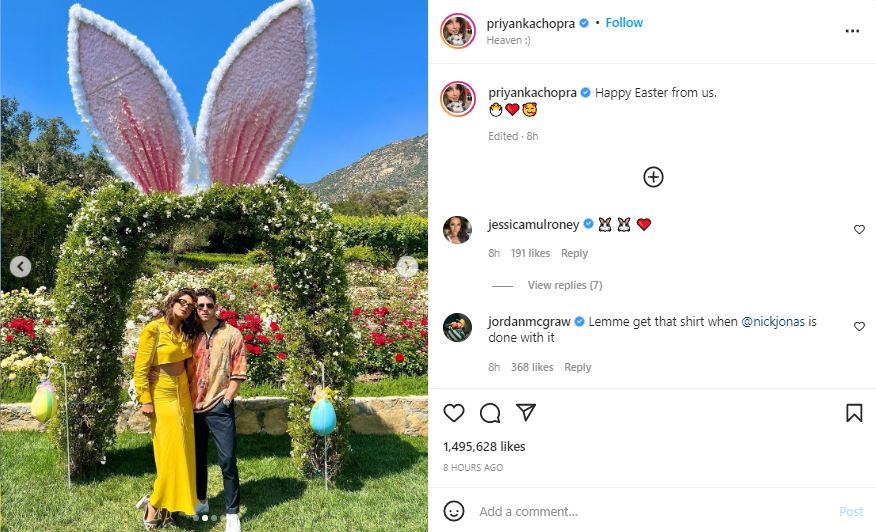 Priyanka Chopra posted many pictures of Easter celebrations on her Instagram. Desi Girl and Foreign Munde celebrated Easter with much fanfare. In the first pictures shared by Priyanka Chopra, the actress looks gorgeous in a coordinating yellow outfit. On the other hand, Nick Jonas wore a colorful shirt and blue pants for this celebration, in which he looks simple and quite handsome. Sharing the picture of the celebration, Priyanka Chopra wrote in the caption, ‘Happy Easter from our side’. 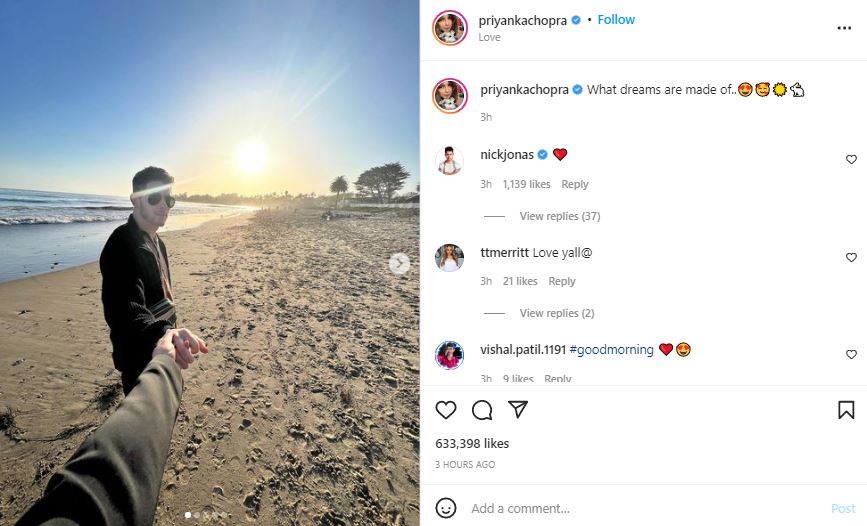 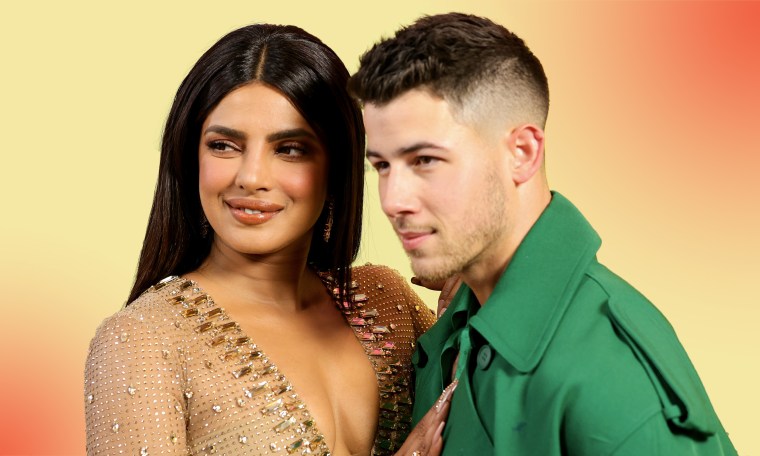 Priyanka Chopra and Nick Jonas became parents this year through surrogacy. Priyanka Chopra announced her becoming a parent on 22 January 2022 to her fans through her social media. Although Priyanka Chopra has not yet officially shared any picture of her daughter on social media. Talking about Priyanka Chopra’s upcoming project, she will soon be seen in the American TV series ‘Citadel’. Apart from this, she will be working with Katrina Kaif and Alia Bhatt for the first time in Farhan Akhtar’s film ‘Jee Le Zara’.