Ranbir Kapoor Shares A Crazy Fan Moment, Reveals He Is Yet To Meet His ‘First Wife’- Checkout!

Bollywood actor Ranbir Kapoor will return to the screen after a hiatus of four years with two major theatrical releases Shamshera and Brahmastra. His fans are hell excited to see their hero donning the acting cap. Ranbir is busy with interviews these days. In one of his recent interactions, Ranbir was asked to answer some funny questions about himself.

During the same conversation, Ranbir was acknowledged to share his craziest fan experience. Replying to the same, he recalled a scenario in which a female fan got wedded to the gate of his Mumbai mansion. He further jokingly mentioned that he hasn’t yet met his “first wife” Let us tell you that Ranbir Kapoor got hitched to Alia Bhatt in April this year.

He quoted, “There was a girl and I never met her. But my watchman told me that she came with a pundit and she married my gate. there was some ‘teeka’ on the gate and some flowers too. So, that’s quite crazy. I haven’t met my first wife yet, so I look forward to meeting you at some point.”

On the professional front, Ranbir is all set to take the box office by storm. He has two massive releases coming up this year. Karan Malhotra’s historical actioner, Shamshera with Ranbir, Sanjay Dutt, and Vaani Kapoor will hit the theatres on July 22. In this larger-than-life flick, Ranbir will be playing a double role for the first time. 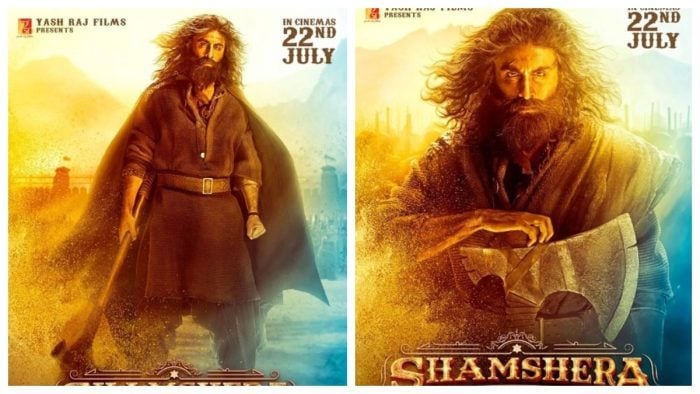 His film Brahmastra, which will be released on September 9, will see Ranbir uniting with his wife Alia Bhatt on-screen for the first time. Helmed by Ayaan Mukherjee, Brahmastra also stars Mouni Roy, Amitabh Bachchan, and Nagarjuna. Besides these, Ranbir also has Sandeep Reddy Vanga’s Animal with Rashmika Mandanna. He is currently shooting for Luv Ranjan’s untitled project with Shraddha Kapoor.