Pictures and videos of Shehnaaz Gill from her visit have gone viral on social media. This is the first time that she was seen in public after the death of Sidharth Shukla. 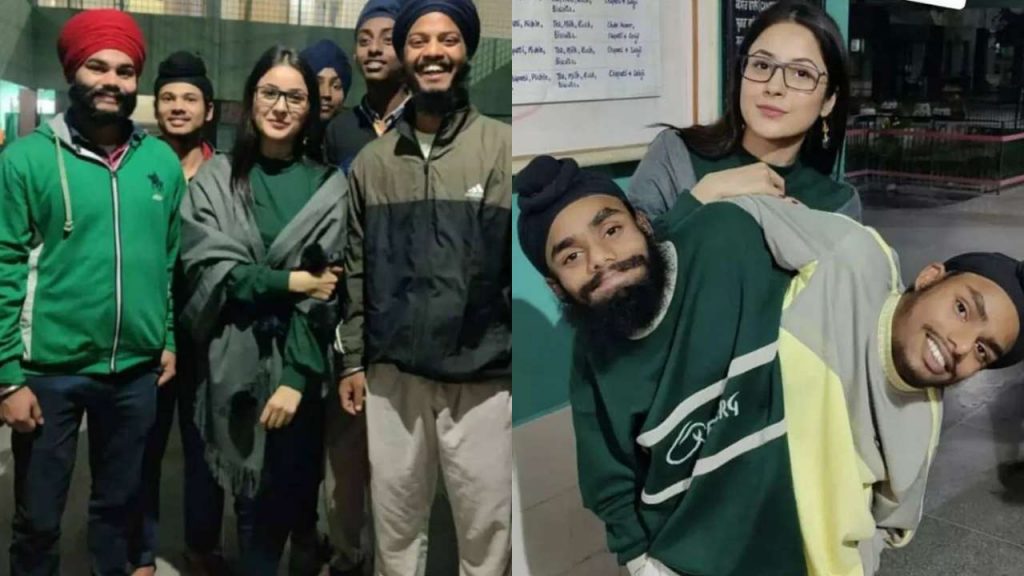 Shehnaaz Gill was seen stepping out in public months after the demise of her close friend Sidharth Shukla. The actress, who was recently seen in the Punjabi film Honsla Rakh was seen visiting an orphanage. Pictures and videos of Shehnaaz from her visit have gone viral on social media. Fans and well-wishers of the actress are sharing them across fan pages lending support and strength to her. In the viral photos, Shehnaaz is seen wearing a green pullover as she meets and greets kids. Sharing her photo, a fan account captioned the post, “The best way to be happy is to see others smiles & The best way to cheer yourself is to cheer others up.. QUEEN FOR A REASON keep supporting.” With the shocking demise of TV heartthrob Sidharth Shukla, the spotlight shifted to the heartbroken Shehnaaz Gill, who is rumoured to be the late actor’s girlfriend after Big Boss Season 13. Pics and videos of the grief-stricken actress from Sidhatrth’s funeral broke many hearts online. Shehnaaz’s condition after Sidharth’s death was commented upon by a number of her industry friends.
According to media reports, SidNaaz had conveyed their decision to their families and preparations for the wedding had started. The families were in touch with a Mumbai hotel for the three-day wedding festivities. The decision was known only to a few people and it was kept a closely guarded secret