Shiny Doshi On Being Scolded By Sanjay Leela Bhansali During Saraswatichandra; Says, ‘I Used To Cry In The Washroom’

Actress Shiny Doshi is currently enjoying the fame coming her way through her hit daily soap Pandya Store. The actress is winning accolades for her performance in the show. But the road to achieving such great heights in her career was not a bed of roses. Shiny, who debuted in acting with Sanjay Leela Bhansali’s Saraswatichandra recently recalled how she was scolded multiple times by the director during shoots. She even confessed to having broken down into tears after getting scolded. Shiny also said that she thought of quitting the show many times and that she was not fit for the role, but someone showed trust in her more than she herself did. 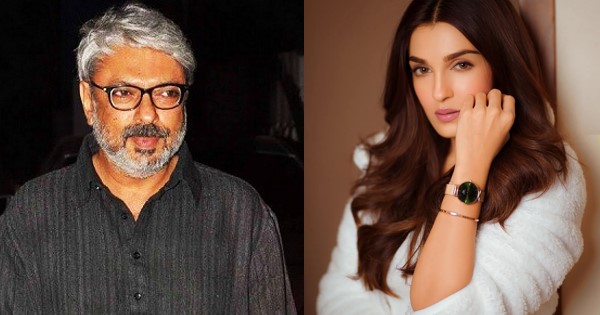 Shiny began by telling, “I shot the pilot of Saraswatichandra in 2012. Mujhe kuch nahi aata tha. My director had to yell and shout at me. It used to be very embarrassing for me. Thoda ajeeb lagta tha; lagta tha ki galat jageh toh nahi aagayi hoon main. You question yourself. Main daant sun lete thi and I used to break down in the washroom. I used to gather myself and go back to the set.”

She continued, “There was a constant fear before performing every scene”. “I didn’t have the technical knowledge. It was a dream project. Bhansali ji was sitting there for my look test. But wo daant bhi aapko perfect hi banati hai. Main itni daant khaati thi set pe. I felt like quitting 1000 times. Every day I used to feel that. Back then, every morning there was a lack of happiness and enthusiasm. Subah uth ke lagta tha ki aaj fir daant khane chalte hain.”