The connection between Bollywood celebrities and Indian cricketers goes a long way. From Sangeeta Bijlani- Mohd. Azharuddin to Anushka Sharma-Virat Kohli, the romance between the stars of the two worlds has been popular for ages. Recently, Pataudi heir Sara Ali Khan also joined this long list.

According to reports, Sara is dating Indian cricketer Shubman Gill. The rumors of their relationship sparked after the opener was spotted on a dinner date with the Bollywood beauty at Bastian, Mumbai. And now, seems like a confirmation on the same has also come. 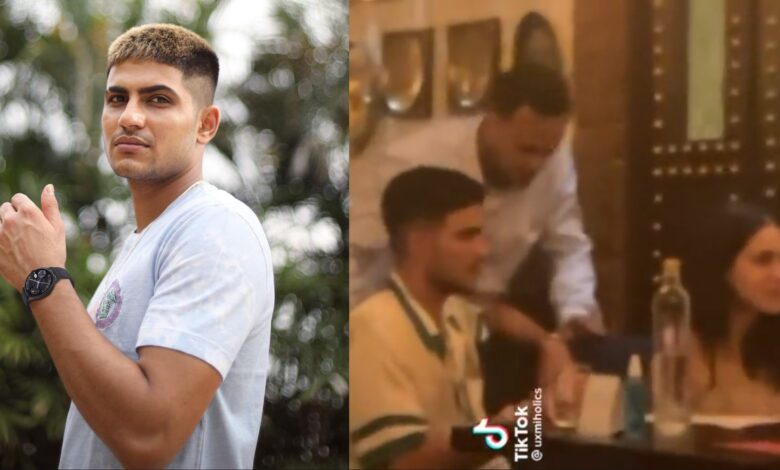 On Thursday, Shubman turned 23. On the occasion, his friend Khushpreet Singh Aulakh wished him through a cheeky Instagram post. In the intriguing caption, he quipped ‘bahut SARA pyar’ for Gill giving fuel to love affair rumors of Shubman and Sara.

Alongside a picture with the cricketer, Aulakh penned, “Happiest birthday to My Main Man, The OG, Annoying and the google graduated baby But honestly My life would suck without you, I hope God will bless you with more success, excuses, google knowledge and bhut SARA pyaar from everyone @shubmangill (sic).” 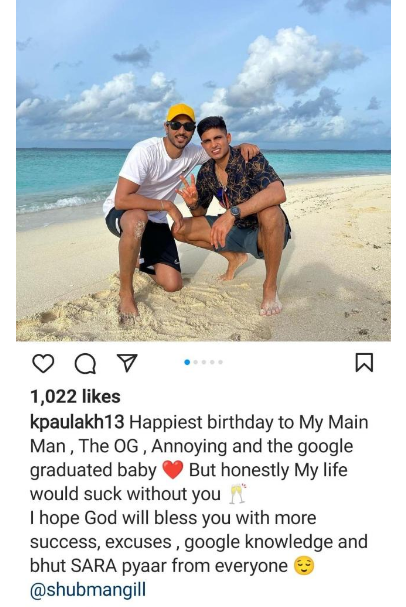 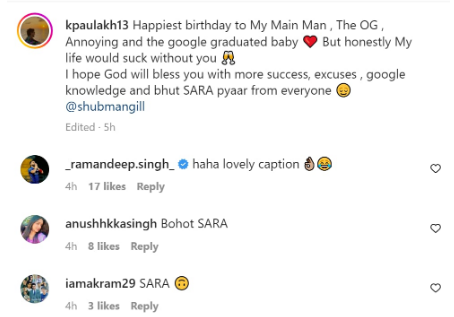 Let us tell you that Shubman Gill was previously linked to cricket God Sachin Tendulkar’s daughter Sara Tendulkar. Their break-up rumors made headlines after theyr unfollowed each other on social media.