Tapsee Pannu has said about her parents’ opinion on her marriage. She is in a relationship with Mathias Boe. 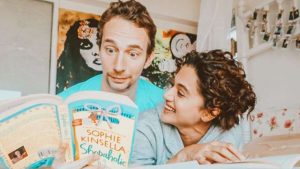 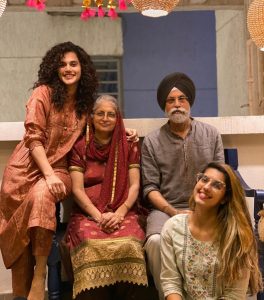 Bollywood actress Tapsee Pannu, who is currently dating former badminton player and coach Mathias Boe, opened up on her marriage plans in a recent interview. She also said that she has always open about this to everyone she has dated. 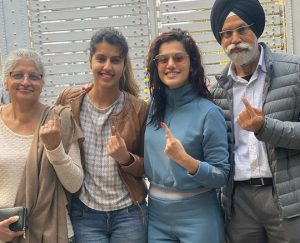 “I wouldn’t get married to someone my parents are not okay with. I have been very honest about this to everyone I’ve dated and though about getting married to. Kyunki ye mere sath hota tha( this used to happen to me) whoever I dated in my head I was like ‘han isse shadi ho sakti hai toh hi time aur energy spend karte hai iss insan k upar( if there is a possibility of marriage then only O should spend time and energy on this person)’…… Mereko time pass karne me koi interest nahi hai (I have no interest in doing time pass). So I’ve always seen it from that perspective toh agar nahi ho rha hai toh mat karo( so if it’s not happening then let go),” Tapsee told Curly Tales.

“My parents actually in return were like ki bhai ‘tu karle please shadi, bas tu karle, kisi se bhi kar bas karle'(please get married, just do it, do it with anyone)’. They are just worried I might just end up not getting married ever. Their worry is that.” 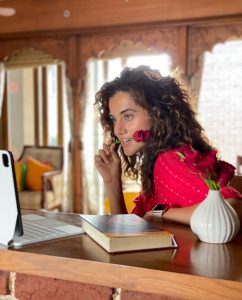 Recently, In an interview with ETimes, Tapsee had opened up about her wedding plans. On being asked if a wedding was on the cards, she had replied, “I am yet to reach certain benchmarks in my professional life. Once I do, I’ll probably think of slowing down, doing two-three films a year instead of five-six. Only then will I have time to dedicate to my personal life.”

Tapsee has an interesting line-up of films in her Kitty including ‘Looop Lapeta’ , ‘Rashmi Rocket’, ‘Shabaash Mithu’, ‘Dobaaraa’, and ‘Woh Ladki Hai Kahan?’.