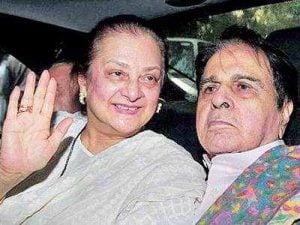 On Sunday, June 6, actor Dilip Kumar complained of breathlessness following which he got admitted to Hinduja Hospital in Khar, Mumbai. As per the sources, the 98-year-old actor is getting monitored by senior doctors at the hospital. In May, news of him getting admitted to the hospital came. But later it was discovered that the actor was admitted for a normal routine checkup. He got discharged then after all the tests were conducted and came out normal.

On December 11, 2020, veteran film legend Dilip Kumar turned 98. There was no grand celebration of the same as the actor lost two of his brothers in the year of pandemic. His wife Saira Banu, spoke about the same and said, “We have had a catastrophe this year. Dilip Sahab lost his two brothers. He doesn’t keep well, neither do I. It’s a difficult time for us, so there is no question of a big celebration. We will simply thank the Lord for the gift of life and health.”

Both Dilip Kumar and Saira Bano have been living in isolation since the outbreak of Novel Coronavirus pandemic in March 2020.

Known for transforming acing into realism, Dilip Kumar was born as Mohammad Yusuf Khan to an Awan family in 1922. He is known by his stage name Dilip Kumar. In 1944, Kumar made his acting debut with the film Jwar Bhata. He rose to fame with the 1947 hit Jugnu.

Dilip Kumar has been part of hit Bollywood films like Sairat, Tarana, Babul, Azaad, Deedar, Aan, Karma, Daag, Devdas, and Mughal-e-Azam. He was last seen on screen in the movie named Qila in 1998. He is also known as ‘the tragedy king of Bollywood.’He was the first from Bollywood to win the Filmfare best actor award and has 7 awards in his kitty in the same category. Kumar also holds a Guinness World Record to his name.

Recently, the government of Pakistan has converted the ancestral home of Dilip Kumar into a museum.