Actor Vijay Deverakonda set the internet on fire after he shared his first look from his upcoming film “Liger.” The new poster sees Vijay Deverakonda as he goes shirtless while flaunting his chiseled body, holding just a bouquet of roses to hide his modesty.

Sharing the new poster on social media, Vijay Deverakonda wrote: “A film that took my everything. As a performer, this was my most challenging role, both mentally and physically. I’ll give you everything. Coming soon, LIGER.” Along with the poster, we see a text that reads “Saala, Crossbreed.”

In this film, Vijay Deverakonda will be seen playing the role of a kickboxer with a speech defect. The teaser of the film, which was released in December, depicts the story of a slumdog from the streets of Mumbai who becomes a champion in the sport of MMA (mixed martial arts).

Vijay is seen in a very rough and tough look in this film. His remarkable transformation and intense looks left fans in awe. “Liger” is special for Vijay Deverkonda and also for his fans, as it marks his debut in Bollywood.

Poster of the film shared by the actor:

A Film that took my everything.
As a performance, Mentally, physically my most challenging role.

The film will also feature Bollywood actress Ananya Panday, who is playing the female lead opposite Vijay Deverkonda. It’s to be noted that veteran boxer Mike Tyson is also making his debut in Indian movies with this film. However, he will be seen only in a cameo role in the film.

The film is jointly bankrolled by Dharma Productions and Puri Connects, and it is directed by Puri Jagannadh. On the technical front, the cinematography of the film has been handled by Vishnu Sarma, while Kecha from Thailand has handled the work of the stunt director. 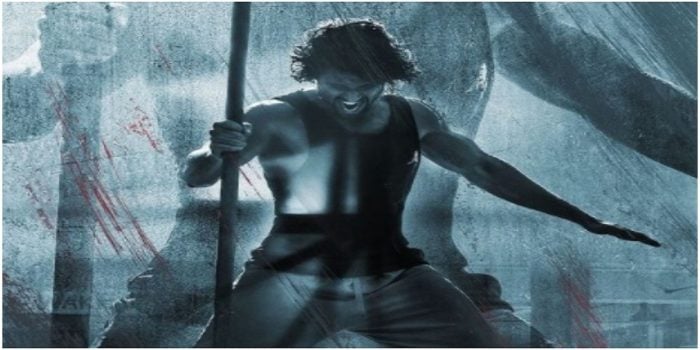