Was It Just A Hoax? Here’s Truth Behind Nithya Menen, Parvathy’s Pregnancy Posts!

Actors Parvathy Thiruvothu and Nithya Menen took to Instagram on Friday to share identical secret pregnancy posts to the surprise of their fans. Some fans suspected in the comments section, their posts turned into a promotional campaign for their upcoming film, Wonder Woman. It is directed by Anjali Menon. The multi-starrer project will be released directly on the streaming platform Sony LIV.

This information was given in a statement on Monday. It is an RSVP and Flying Unicorn Entertainment presentation. The makers posted interesting videos of the actors on their social media. It left their fans in awe. 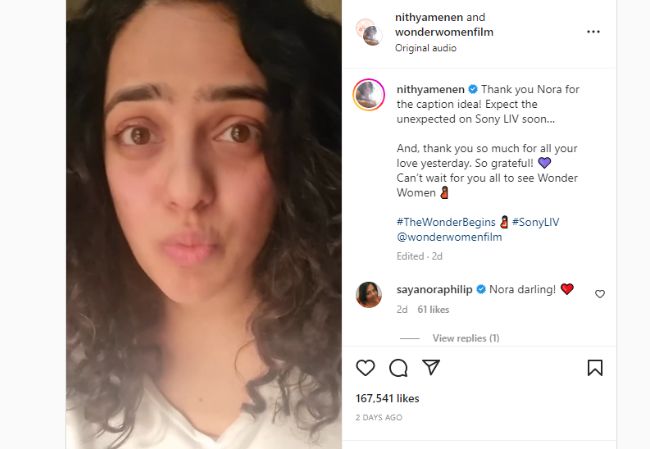 Nithya Menen took to Instagram to announce that she is expecting. She said that she had tested 4 times. They were all positive! In the video, an excited Nithya was seen saying, “Expect the unexpected, because we’re expecting.” 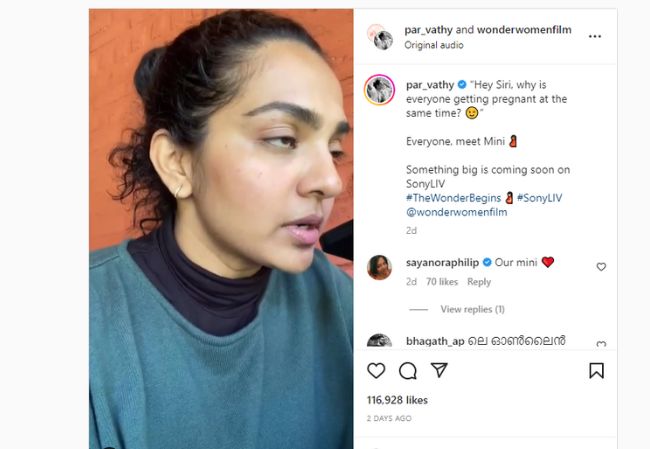 On the other hand, Parvathy said, “Hey Siri, how reliable are pregnancy kits?” Siri replied, “It depends on what you’re relying for.” She asked, “Hey Siri, is it difficult to bring up a child by yourself?” Siri replied, “A child can climb stairs by the age of 4 but some can be trained to do it earlier.”

Padmapriya Janakiraman took to social media where she was seen calling her elder sister to share the great news. Amruta Subhash, Sayanora Phillip and Archana Padmini took to Instagram to share these videos.