Ajay Devgn Starrer ‘Drishyam 2’ Release Date Revealed, Know When It Will Be Released: Deets Inside!

There have been many updates till now regarding the part 2 of Ajay Devgn’s thriller film Drishyam, which came in the year 2015. Fans are waiting for the sequel of the film for a long time. The release date of the film ‘Drishyam 2’ has been announced.The film will hit the big screens in November this year. 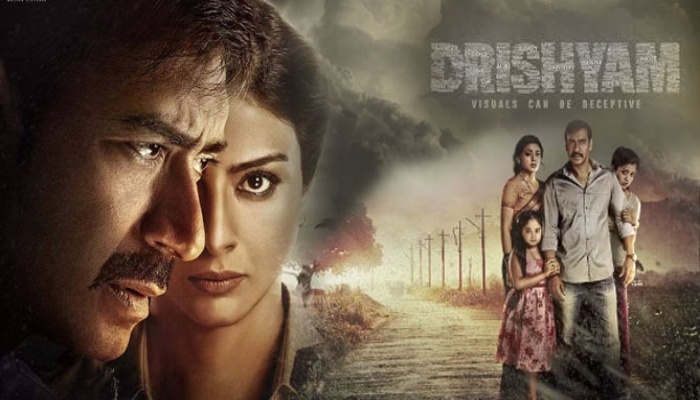 Ajay Devgn was seen playing the role of family man Vijay Salgaonkar in the first part of the film. In Drishyam, Ajay was seen messing with IGP Meera Deshmukh (Tabu) to save his family. The film also made a lot of headlines about the story of October 2.Even many memes were made on social media on 2 October. Part 2 will show the story seven years after the incident happened in the film. In the first part, Ajay Devgn was seen with Tabu, Shriya Saran and Ishita Dutta in the lead roles. In the second part also the same stars are going to be seen playing the lead role. 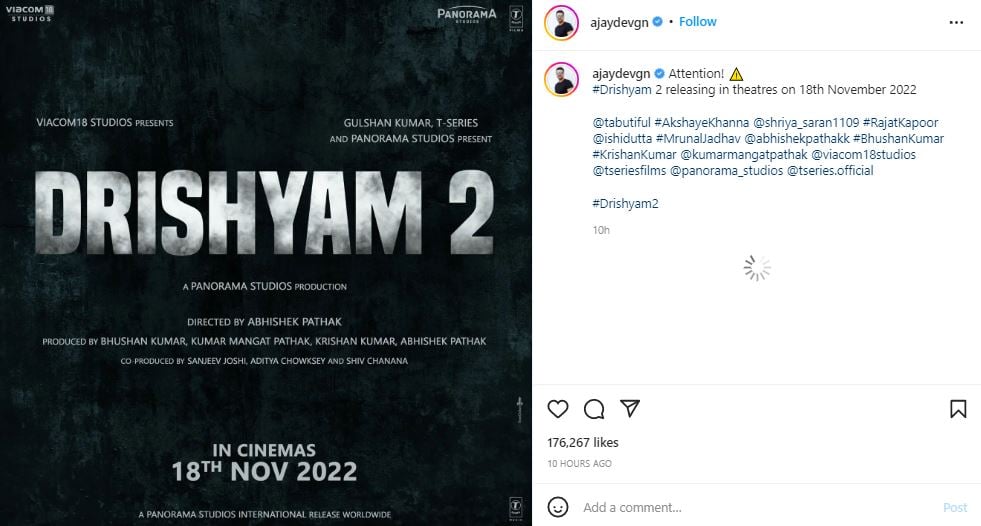 The first part of Drishyam was directed by Nishikant Kamat. Drishyam 2 is directed by Abhishek Pathak. A long schedule of Drishyam 2 has been shot in Mumbai and Goa, while the shooting of the last schedule is underway in Hyderabad, which will wrap up today. The makers will release the film on the big screen on November 18 this year. Ajay Devgan has given this information through his Instagram. 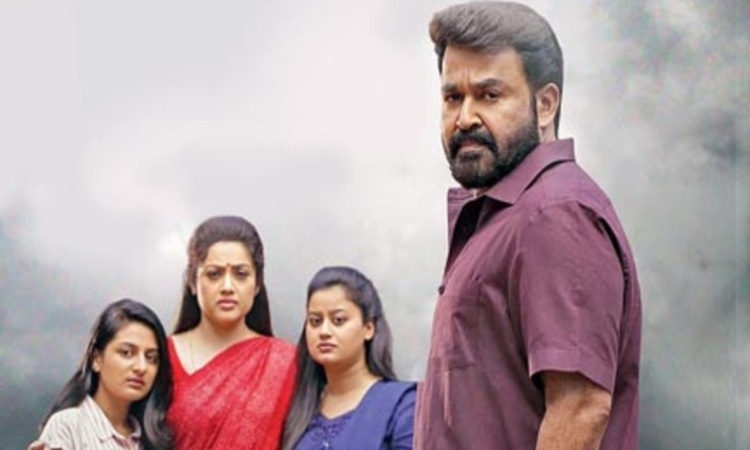 Let us tell you that ‘Drishyam 2’ is the Hindi remake of Malayalam film ‘Drishyam 2’ released on OTT platform Amazon Prime Video on 19 February 2021. South Superstar Mohan Lal was seen playing the lead role in ‘Drishyam 2. His performance in this film was highly appreciated.