Alia Opened The Secret Of Honeymoon, Ranveer Singh Got Angry And Walked Out!!

Karan Johar has been in the news for a long time for the new season of his chat show ‘Koffee With Karan’. After the promo of ‘Koffee With Karan’, now Karan has shared the promo of the first episode of the season, in which Ranveer Singh and Alia Bhatt are going to be seen. Everyone is seen having fun and unfiltered conversation in the promo, which makes it look like the episode will be a lot of fun. 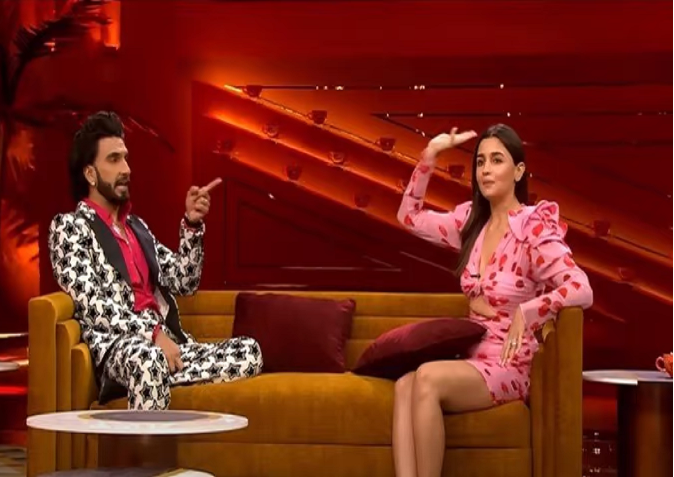 The promo begins with Karan Johar introducing Ranveer Singh and Alia Bhatt as two happily married people. While Ranveer is seen in a pink shirt and black-white suit, Alia is wearing a very beautiful dress. Along with this, Karan Johar is seen in a red color suit. Ranveer calls Alia his friend and both are seen having a lot of fun. 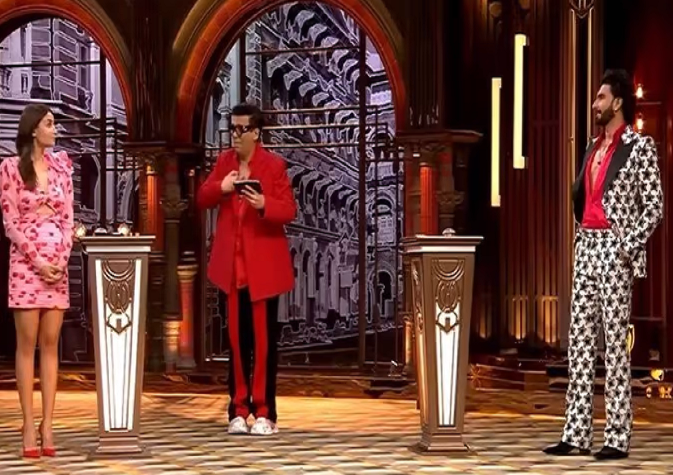 Karan Johar also asks questions about Alia’s marriage, to which no one can stop laughing after hearing the answer. Karan tells Alia what illusion Ranbir has broken after marriage? On this, Alia says that there is no such thing as a honeymoon, you are very tired. At the same time, Ranveer Singh will be seen walking out of the show for not praising Alia. 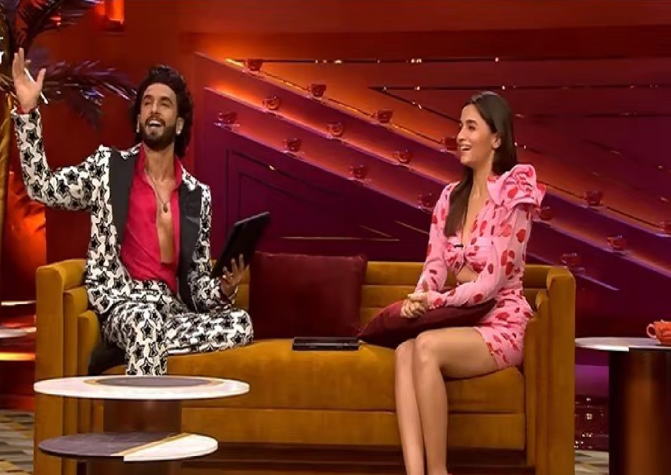 Let us tell you that Karan Johar’s chat show ‘Koffee with Karan’ season 7 is not coming on TV this time. This time the show will stream on Disney Plus Hotstar from July 7. On the other hand, if we talk about Alia and Ranveer Singh, then both are going to be seen together in ‘Rocky Aur Rani Ki Prem Kahani’. Apart from this, Alia has also gone to shoot for her Hollywood debut these days. At the same time, recently she has given the good news that she is going to become a mother.