Amitabh Bachchan Remembers College Days While Dancing With Kriti Sanon, Said This About The Actress

Apart from the common contestants, many big celebrities of film and country keep participating in Megastar Amitabh Bachchan’s quiz show KBC 13 (Kaun Banega Crorepati). Friday’s episode in KBC 13 is for country and film personalities, which is called ‘Shandaar Shukarvar’. In this episode, film stars play in Amitabh Bachchan’s show. Along with this, he keeps making many revelations about himself. 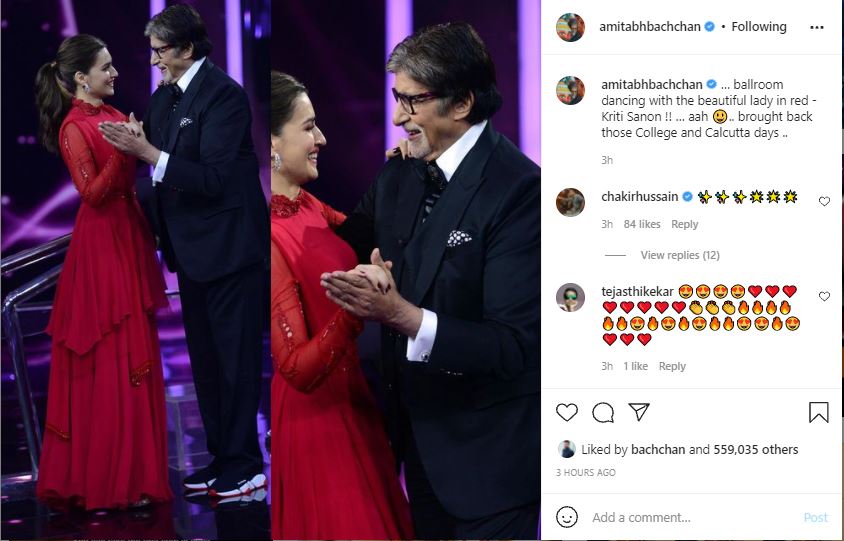 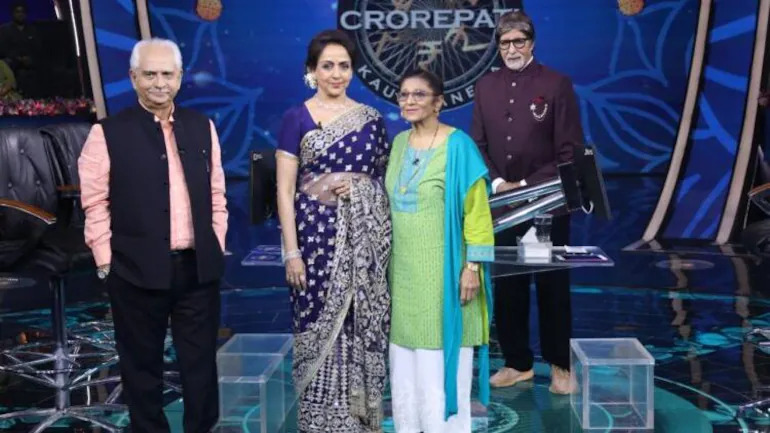 Earlier, Bollywood actress Hema Malini and Sholay director Ramesh Shippy were seen in KBC 13’s Fabulous Friday. Let us tell you that Kriti Sanon will arrive on the sets of KBC 13 with actor Rajkummar Rao. Both of them will soon be seen in the film ‘Hum Do Hamare Do’. Along with Kriti and Rajkummar Rao, the film also stars Paresh Rawal and Ratna Pathak Shah in lead roles. Produced by Dinesh Vijan and directed by Abhishek Jain, ‘Hum Do Hamare Do‘ is all set to release on October 29 on Disney Plus Hotstar.