Anupam Kher is currently filming Uunchai with Sooraj Barjatya. Amitabh Bachchan, Parineeti Chopra, Neena Gupta, Boman Irani, and Sarika also star in the film. The actor has now revealed a few behind-the-scenes photos from the film’s shoot, one of which shows him stroking his younger brother Raju Kher’s feet. 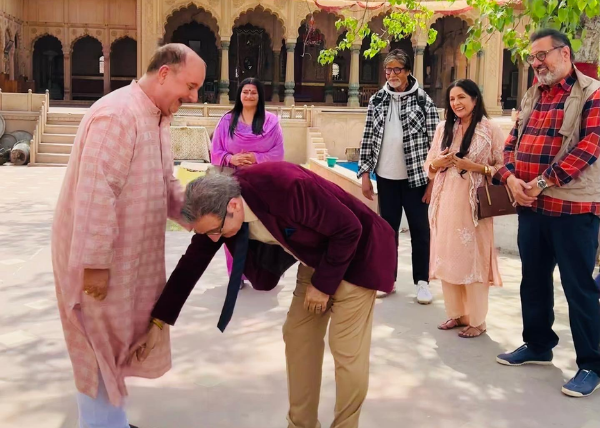 While Sarika, Amitabh Bachchan, Neena Gupta, and Boman Irani look on, Anupam bends down to pat Raju Kher’s feet. Anupam is dressed up and wearing a wig, while Raju is dressed in a kurta-pajama.

He wrote along with the photos, “Cinema is that magical place where anything is done with total passion and conviction becomes completely believable. It was nice to touch my younger brother @RajuKher1’s feet in a scene in #SoorajBarjatya’s magnum opus #Uunchai. He was awkward but I got cheap thrills. #BittuRaju.”

Cinema is that magical place where anything done with total passion & conviction becomes completely believable. It was nice to touch my younger brother @RajuKher1‘s feet in a scene in #SoorajBarjatya’s magnum opus #Uunchai. He was awkward but I got cheap thrills.😜❤️ #BittuRaju pic.twitter.com/Ham5FDVZi3

Anupam uploaded a selfie with his Uunchai co-stars while on a drive around Delhi last week. Anupam was in the driver’s seat, with Amitabh seated behind him in the selfie. Sarika, Neena, and Boman were observed riding shotgun in the rear seat of a car as they drove through Daryaganj and other parts of the national capital.

Anupam shared the picture on Twitter and wrote, “May your day feel as good as taking a perfect selfie of the perfect happy moments! Jai Ho!” 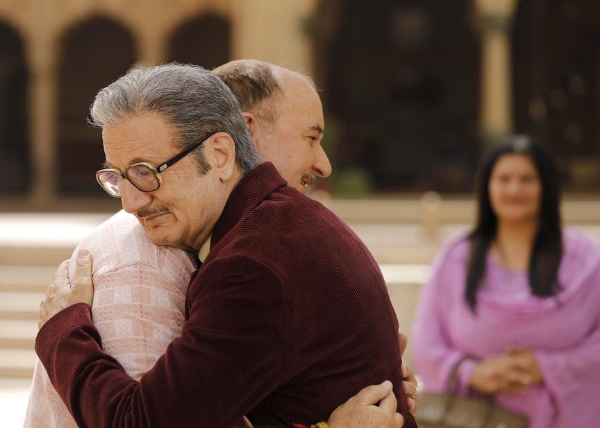 Uunchai is being marketed as a film about friendship. Anupam has collaborated with Sooraj in a number of films, including Hum Aapke Hain Koun…! Vivah, and Prem Ratan Dhan Payo. Sooraj returns to directing after a seven-year hiatus, with Prem Ratan Dhan Payo serving as his penultimate feature. 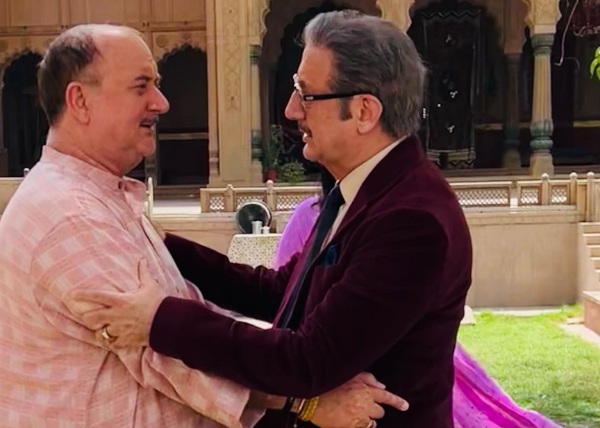 Anupam had recently shared a fond memory with Sooraj. He wrote on Twitter along with a video, “During the shooting of #Saaransh #SoorajBarjatya was an assistant and a #ClapperBoy. So it was fun to do the same job while he is directing the magnum opus #Uunchai. Also, I got to do a little bit of fooling around!! But the genius was too involved in the shot to notice my comedy!”