Bigg Boss is undoubtedly one of the most controversial shows on Indian Television. Not only the ugly spats but moments of intimacy between the contestants is also something that has got our eyes glued to the television since ages. And now, one of the fight that happened on weekend was that of Rashmi and Mahira. 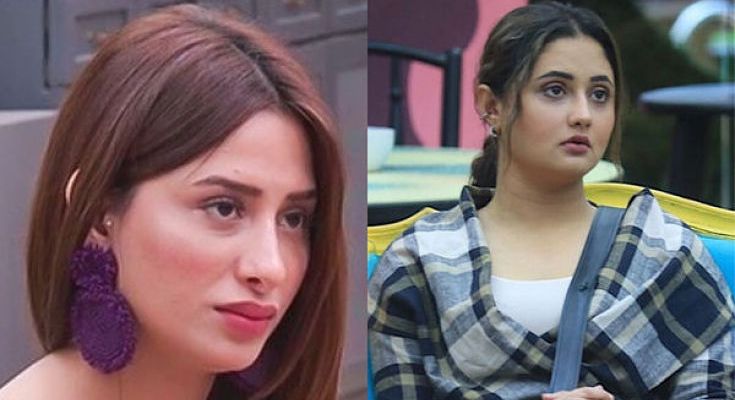 It all started when Salman Khan asks Rashmi who all targets Asim, Rashmi took few names starting with Paras, Siddhart, Vikas and Mahira. That’s when Mahira started to defend herself and Rashmiblasted out all on her. And gradually, it became an ugly spat between the two of them. Rashami slammed Mahira for not supporting her when Sidharth spoke bad about her character. She said, “Mujhe tumhari tarah aadat nahi hai, guts rakhti hoon muh pe sach bolne ka ki yeh Sidharth Shukla ghaitya hai. Toh bolna chahiye na jab tu aurat hai toh, boli kyu nahi.” (Unlike you, I have guts to say on the face that Sidharth Shukla is disgusting. Being an women, why didn’t you speak?). When Mahira tried to explain her point, Rashami asked her to shut up.

Well, what do you expect to see next in the house?

Bigg Boss 13: Shehnaaz Gill’s Video Where She Is Imitating Katrina Kaif Is Going Viral
Kiara Advani Revealed About Her Relationship With Sidharth Malhotra
Is ‘Bahubali’ Fame Tamannaah Bhatia Tieing A Knot With Pakistani Cricketer Abdul Razzaq? Deets Inside
Rakhi Sawant Says She Won’t Do Kissing Or $*x Scenes After Marriage