Aryan Khan, son of Bollywood superstar Shah Rukh Khan, has recently made it clear that he has no desire to pursue an acting career and is more interested in filmmaking’s artistic side. We informed you that this rising star has several projects in the works that could be adapted into films or web series. Aryan has confirmed rumors of his foray into filmmaking by posting a sneak peek at his debut script on his Instagram account today.

The image that Aryan Khan uploaded shows a book is lying flat on a table. It reads, “For Aryan Khan,” in bold font. Aryan’s hand is now on the script. A clapboard reading “red chillies entertainment” was propped beside his hand. In the caption of the post, Aryan wrote, 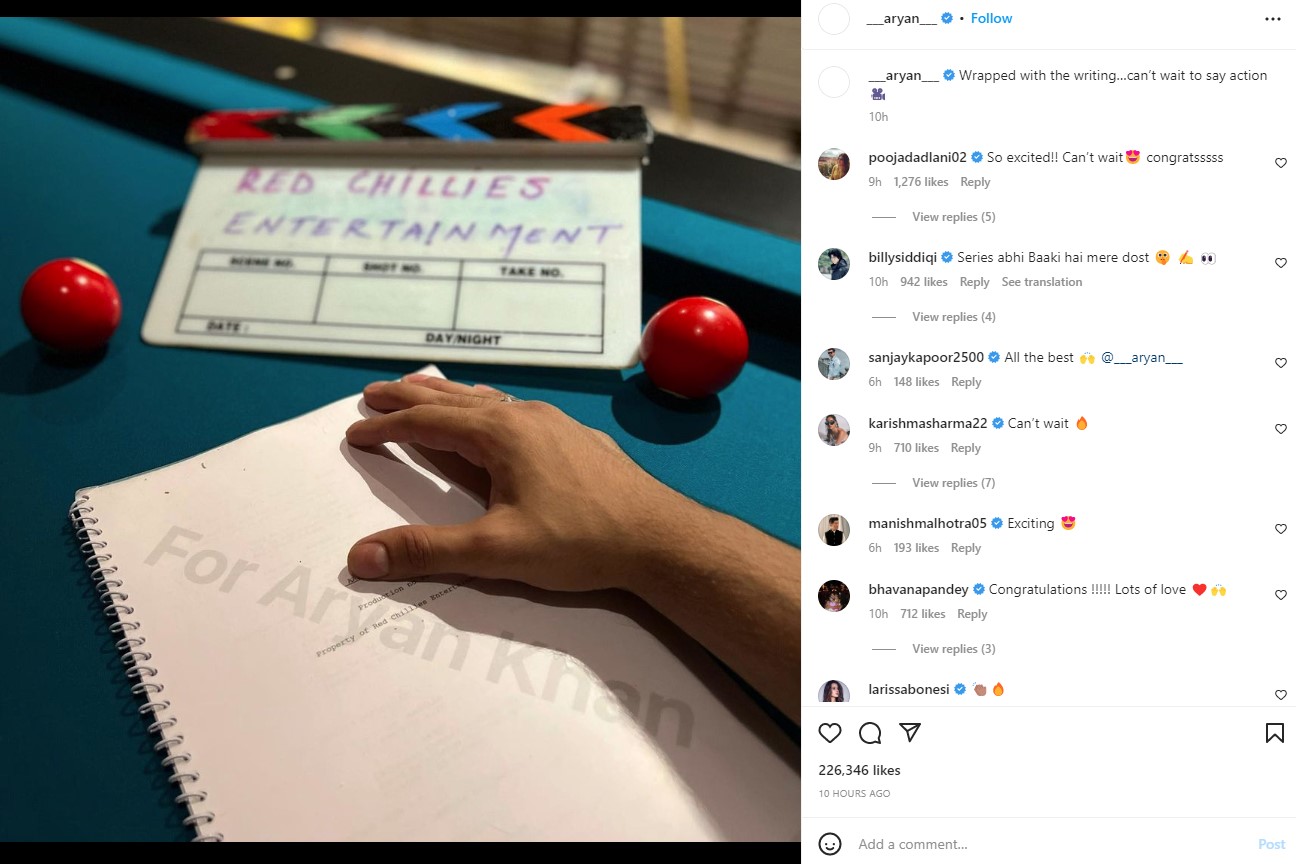 Companion of Aryan, Shanaya Kapoor, commented by writing “Wooooo!!!” followed by star emoticons. After his father, Shah Rukh Khan, commented, Aryan Khan quickly responded, saying, “Many thanks! We can’t wait to have you stop by the set unexpectedly.” Shah Rukh wittily penned, “That being the case. Afternoon shifts must be maintained at all costs! There will be no need for you to get up super early.”

High-paid Bollywood stars Katrina Kaif and Alia Bhatt have showered their likes on the development in this post, joining a chorus of fans and famous people who have expressed their joy at the news.

In 2023, Shah Rukh Khan will undoubtedly be the most famous actor due to the release of two films he is attached to. January will find him starring alongside Deepika Padukone and John Abraham in Pathaan, a film directed by Siddharth Anand. Later on, he’ll make an appearance in the movie Jawan. Rajkumar Hirani’s Dunki, starring Shah Rukh Khan, will open in theaters before the year is over.