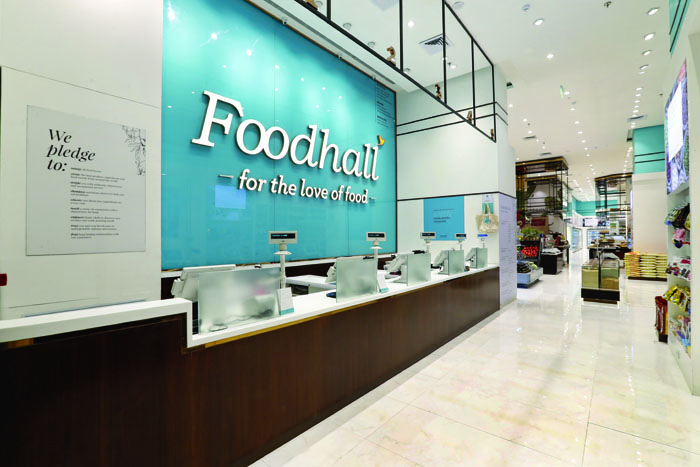 The word gourmet (from French) is usually associated with a connoisseur of delicious things and who is knowledgeable in the craft and art of food  and drink, or haute cuisine, characterised by rich courses  elaborately prepared and presented. Historically the ingredients used in the meals are rare for the region. Gourmet food tends to be served in smaller, more expensive, portions.  As they say, a gourmet is just a glutton with brains!

Foodhall, which seeks to address a noticeable gap in the Indian retail market, has been developed as a premium lifestyle food superstore to cater to the affluent Indian customer who appreciates gourmet food. Completely different from the chaos of an Indian bazaar, it aims to inform and educate customers about newer things;familiarising them with the product by allowing them to touch, smell and feel. Since most of these ingredients are unique and unheard of, the store constantly comes up  with ways to educate the customer about the ingredients and ways of cooking it. Food experts regularly hold master classes and tasting sessions, engage with consumers and demonstrate recipes.  Niche products range from handpicked collection of teas, spices, nuts and cakes to cheese, meats and other exotic foods.

Chef Swasti Aggarwal  talks about Matcha and Avocado and shares recipes made with these unique ingredients.

The origins of matcha can be traced all the way back to the Tang Dynasty in China. The Tang Dynasty spanned the 7th to 10th centuries. During this time, the Tang Dynasty steamed tea leaves to form into bricks, making their tea harvests easier to transport and subsequently trade. These tea bricks were prepared by roasting and pulverising the leaves then mixing the resulting tea powder with water and salt. 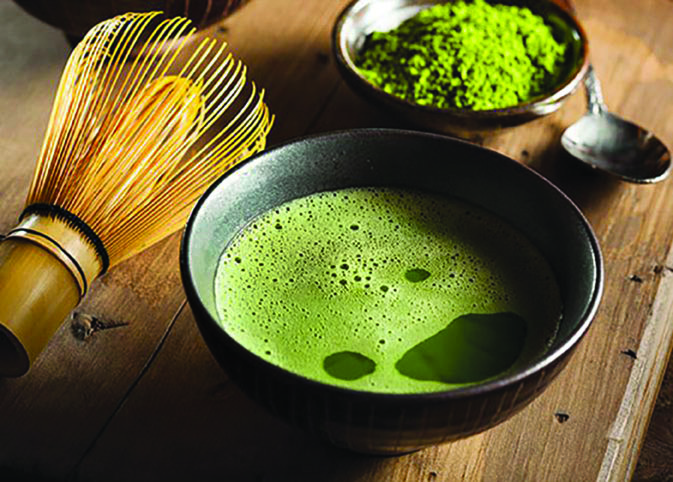 However, the ensuing Song Dynasty, which reigned from the 10th to the 13th century is largely credited with making this form of tea preparation popular.

Eisai, a Japanese Buddhist monk, spent the better part of his life studying Buddhism in China. In 1191, Eisai returned permanently to Japan, bringing with him tea seeds along with the Zen Buddhist methods of preparing powdered green tea. The tea seeds that Eisai brought back with him from China were largely considered to create highest quality tea leaves in all of Japan.

Avocados have long been a part of the Mexican diet. Archaeologists have found evidence of avocado consumption going back almost 10,000 years in central Mexico. Back then, humans were simply gathering and eating wild avocados. Researchers believe that humans began cultivating avocados about 5,000 years ago. Mesoamerican tribes like the Inca, the Olmec and the Maya grew domesticated avocado trees. In the 16th century, Spanish explorers became the first Europeans to eat avocados. The Spanish called the fruit aguacate, a corruption of ahuacatl. By the time of the Spanish Conquest, avocados had spread from Mexico through Central America into parts of South America. The Spanish eventually brought avocados to Europe and sold them to other countries including England.

In 1653, a Spanish padre, BernabeCobo, was the first European to describe the three main types of avocados: Guatemalan, Mexican and West Indian. Different

and eating avocados in the West Indies. Henry Perrine, a horticulturist, first planted avocados in Florida in 1833. They didn’t become a commercial crop until the early 20th century, though. While they were fairly popular in California, Florida and Hawaii where they were grown, people in other states avoided avocados. They didn’t start gaining widespread popularity until the 1950s, when people started putting them in salads. 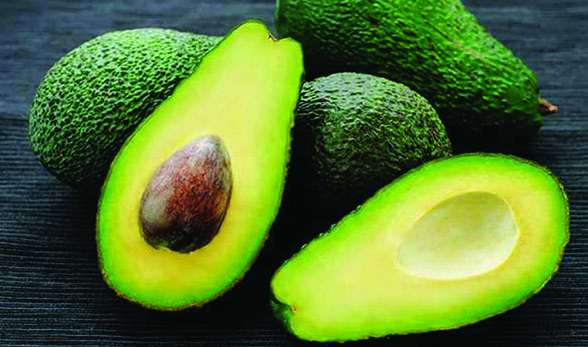 Calling all Gourmands Indulge your tastebuds!
5 Stunning & Pocket-friendly Rooftop Cafes in Delhi Where You Can Chew With a View
International Food Stations That’ll Be Perfect For Your Wedding
6 Best Indian Desserts You Cannot Resist