Before the movie was released, the filmmakers conducted a private screening today for Mumbai’s film industry members. Many famous actors and actresses from Bollywood, including Ayushmann Khurrana and Jaideep Ahlawat, were present at the screening.

The National Award-winning actor, who has been trying out new styles away from the set, really stepped it up for the premiere of An Action Hero.

For the occasion, Ayushmann Khurrana wore a dark blue striped pullover with black pants, black shoes, and oversized sunglasses. The actor’s wife, writer-filmmaker Tahira Kashyap, their daughter Varushka, as well as other members of their family members, came to see An Action Hero with them. View photos from the screening of An Action Hero here: 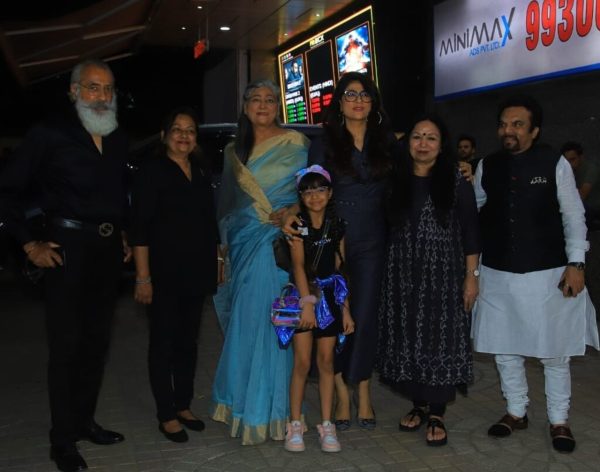 Jaideep Ahlawat, a crucial character in An Action Hero, wore a black set to the premiere.

Superstar @ishehnaaz_gill is so down to earth celebrity! She squatted down to take the picture because of the height.

Thank you so much for giving us feedback. Definitely we will watch the movie #ActionHero #DesiVibesWithShehnaazGill #ShehnaazGill pic.twitter.com/amzPNzlcev

Shehnaaz Gill wore a stunning olive dress, accessorizing it with silver shoes, little jewellery, and fresh makeup. Just as she discussed with Ayushmann, she curls her hair for the occasion. 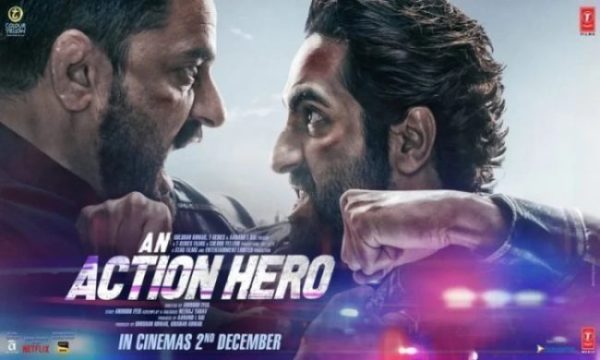 Ayushmann Khurrana said in a recent interview that there would be no female protagonist or contrived romance track in the Anirudh Iyer-directed film. Manav, played by Ayushmann, is a young Bollywood action star being pursued by Bhoora Solanki, played by Jaideep Ahlawat, the municipal councillor of Mandothi village in Haryana. Colour Yellow Productions and T Series, owned by filmmakers Aanand L. Rai and Bhushan Kumar, respectively, are funding the highly anticipated production.