‘Don’t Want Him To Die Like Sushant Singh Rajput’: KRK’s Son Claims His Father Is In Danger; Deets Inside!

The self-proclaimed film critic and ex-Bigg Boss contestant Kamaal Rashid Khan aka KRK is known for giving controversial reviews on Bollywood films. He is out rightly blunt with his views on films and celebrities. Recently, due to his critical views i.e. his objectionable tweets in 2020 on late actors Irrfan Khan and Rishi Kapoor, he got arrested by Malad Police. To add to his worries, within a week of his arrest, he got into another legal trouble for allegedly demanding sexual favours from an actress. Although he is out on a bail now after spending almost 10 days in jail, his son Faisal Kamaal feels his father’s life is in danger. 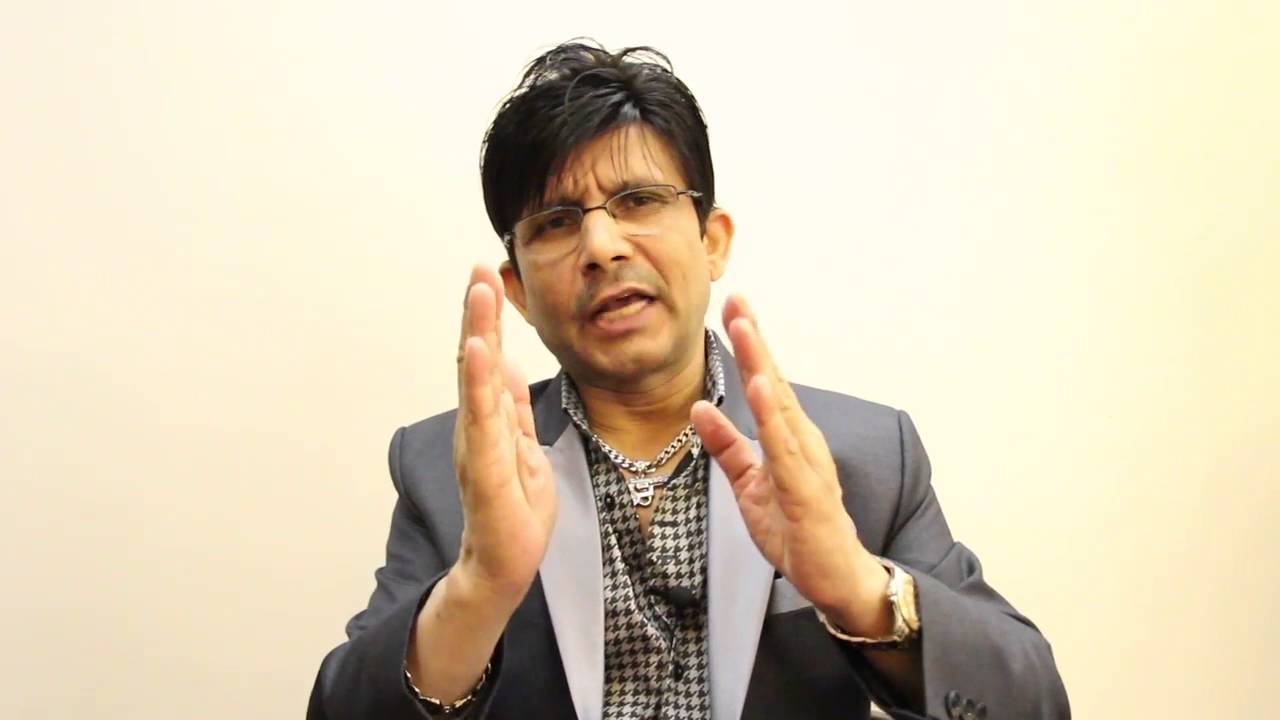 From his father’s official Twitter account, Faisal has shared two tweets seeking help from Bollywood actors Abhishek Bachchan, Riteish Deshmukh and Maharashtra’s Deputy Chief Minister Devendra Fadnavis. In his tweet, Faisal has claimed that his father is getting death threats.

“I am KRK’ son Faisal Kamaal. Some people are torturing to kill my father in Mumbai. I am just 23years old living in London. I don’t know how to help my father. I request @juniorbachchan @Riteishd and @Dev_Fadnavis ji to save my father’s life. Me n my sister will die without him (sic),” read Faisal’s first tweet.

In the follow up, he requested general public to come out in support of his father so that he does not meet the same fate as Sushant Singh Rajput. “Because he is our life. I request public also to support my father to save his life. We don’t want him to die like #SushantSinghRajput #WeStandWithKRK (sic),” he wrote. 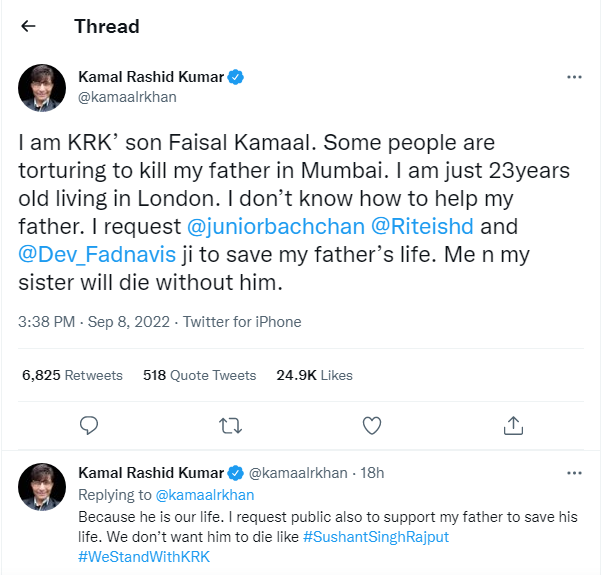 For the unknown, Kamaal R Khan has acted in several Bollywood films like Deshdrohi, Ek Villain, etc. He has been part of Bhojpuri films also.