Kapoor family’s daughter-in-law and Bollywood actress Alia Bhatt is living the happiest moments of her life these days. Counted among the most popular couples in the industry, Ranbir Kapoor and Alia are soon going to be parents. They are eagerly waiting for the little guest of their house. Both do not want to leave any stone unturned in welcoming their child. Alia is thoroughly enjoying her pregnancy journey and often shares her pictures on social media. Couple’s fans also eagerly wait for new pictures with Alia’s baby bump. Not only this, as Alia’s delivery date is approaching, the eagerness of the fans is increasing. In such a situation, there is a good news for the fans of Alia. Actually, today the pictures of the actress’s baby shower ceremony have come on social media. This ceremony was very special for the actress. 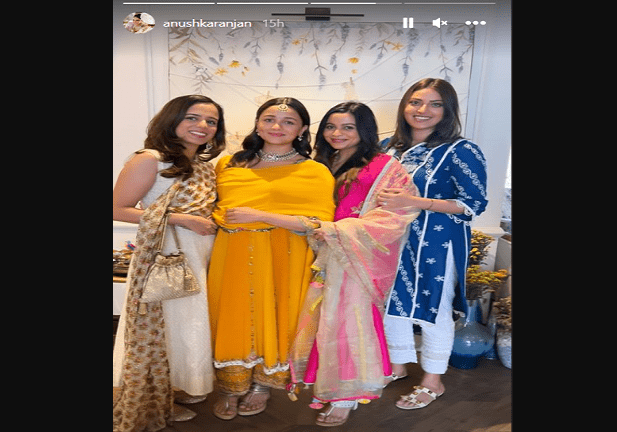 Alia Bhatt and Ranbir Kapoor are now going to start their parenthood journey soon. The couple had organized a baby shower ceremony to make their beautiful journey more memorable. In these pictures, Alia’s simplicity once again captivated everyone’s mind. Pictures of baby shower are all over the social media. In these pictures, mom-to-be Alia is wearing a simple anarkali suit in yellow color, in which she looks very beautiful. Completing her look with light make-up, loose hair and a huge maang tika, Alia’s face is glowing with the pregnancy glow. A lovely smile on her face has added glamour to the beauty of Alia. 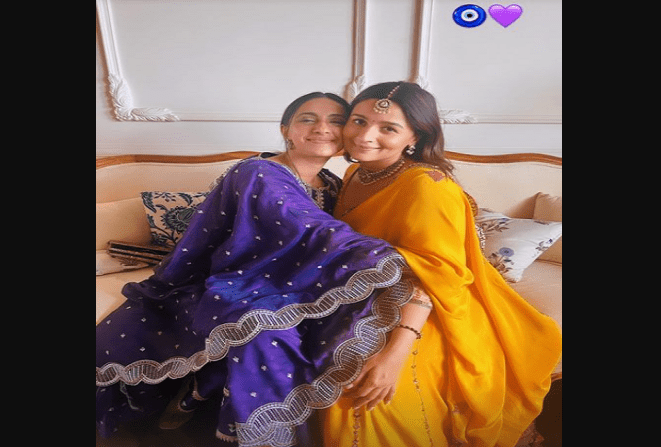 The picture that surfaced from Alia Bhatt’s baby shower has been posted by the actress’s best friend Akansha Ranjan on her Insta story. In this picture, her elder sister Shaheen Bhatt and Akansha Ranjan are seen posing with Alia. Everyone is seen wearing traditional dress in the photo and Alia looks even more happy amidst her sister and friends. From Neetu Kapoor to Soni Razdan, Karisma Kapoor, everyone was present at Alia Bhatt’s baby shower. 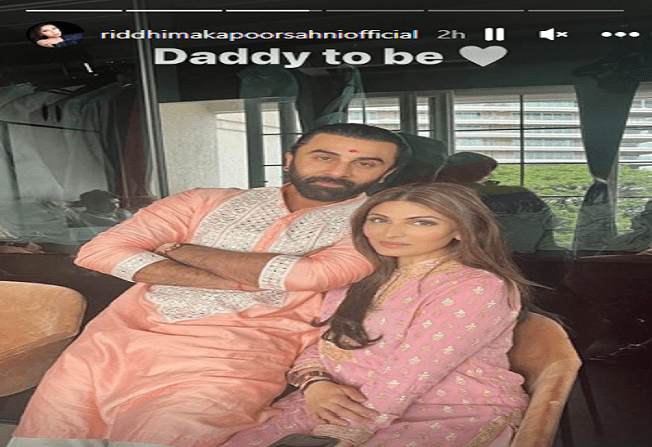