Fawad Khan Breaks Internet With His Rendition Of ‘Dilbar Mere’ Onboard Yacht During His 40th Birthday!

Popular Pakistani actor Fawad Khan became the heartbeat of millions of girls in India through his shows and films. The actor recently turned 40 in style. He threw a yacht party on his 40th birthday. What attracted the limelight on this grand celebration was him singing Kishore Kumar’s Dilbar Mere Kab Tak Mujhe song. The song is from the film Satte Pe Satta (1982), picturized by actors Hema Malini and Amitabh Bachchan.

Several videos of Fawad Khan singing the ever-green song have made it to social media. It has created quite an unrest among his fans. In the clips that have come out, the actor is sitting on the steps of the yacht with a mic in his hand. He is seen wearing a black sweater with blue pants and sunglasses. In the video, Strings’ singer Faisal Kapadia is seen standing next to Fawad as he cheered for the actor. 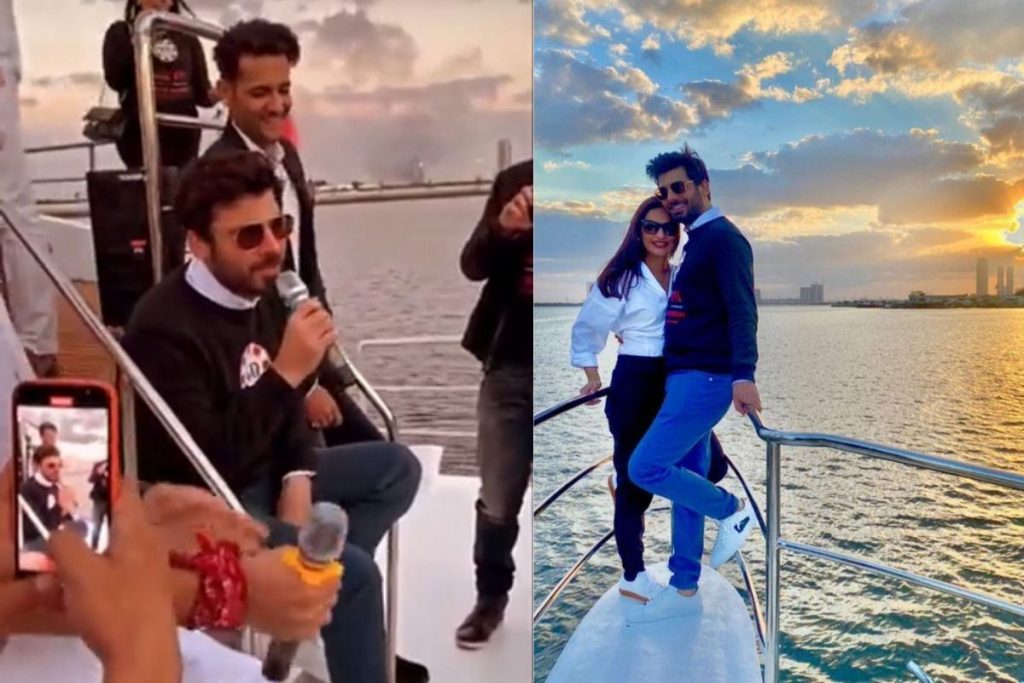 Fawad Khan’s Zindagi Gulzar Hai co-star Sanam Saeed also attended his birthday bash. She is spotted smiling as Fawad sang the song. In another video, Fawad was seen cutting a cake with his wife Sadaf standing next to him. As per Pakistan’s The Express Tribune, the birthday bash took place in Dubai.

Apart from Pakistani serials and films, Fawad Khan has featured in numerous Bollywood movies too. The actor made his Bollywood debut with the lead role in the romantic comedy film, Khoobsurat (2014). The film was directed by Shashanka Ghosh, and it starred Sonam Kapoor in the lead. Kirron Kher, Ratna Pathak, and Aamir Raza Hussain were also part of the film. Fawad had won the Filmfare award for Best Male Debut. 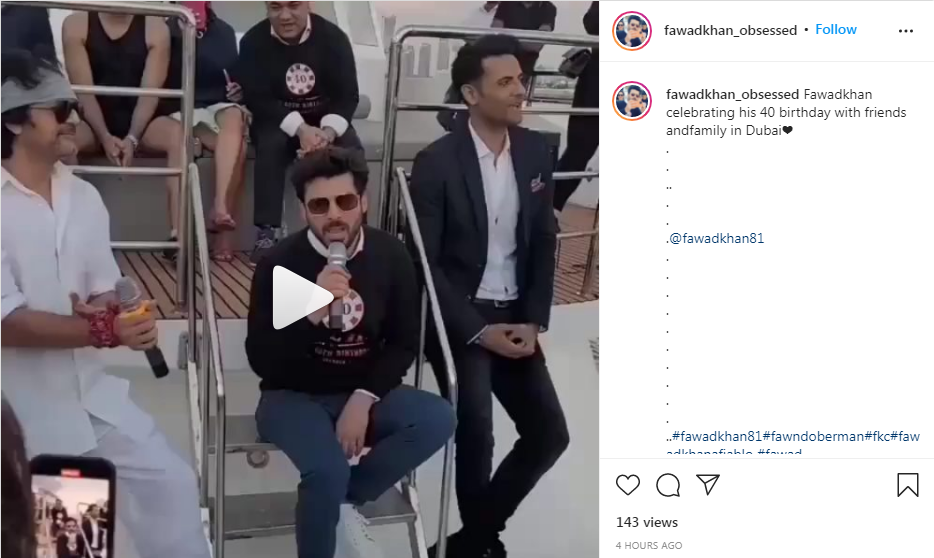 In 2016, the actor was seen doing a cameo in Karan Johar’s romantic drama Ae Dil Hai Mushkil. It was the last project that Fawad did in Bollywood before the 2016 Uri attack took place post which Pakistan and India’s relationships got soured.

Fawad Khan will be seen next in Bilal Lashari’s The Legend of Maula Jatt. The film also features Mahira Khan and Hamza Ali Abbassi.