Shahrukh Khan’s journey from his TV serial period to being the second richest star in the world (2015) hasn’t been a cakewalk at all.  And his hard work has finally paid off. Except for the billions of fans, fame and fortune Shahrukh Khan’s house, Mannat is his most prized possession. Mannat, the name itself recites opulence and grandiose. We all know that this is one of the star attractions in Mumbai and people who visit the city of dreams make sure to pay their visit to the star’s residence. While we all are aware that our Badshah of Bollywood, the king of romance, Shahrukh Khan lives in the bungalow. We always wonder how Khan family’s home look from inside. 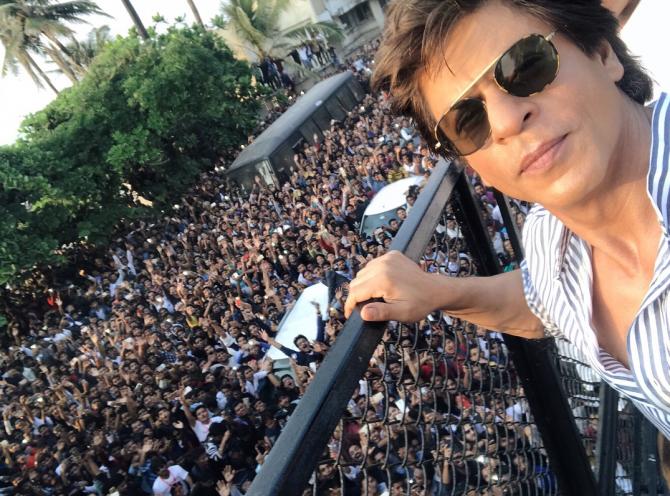 Located on Bandstand, Shah Rukh Khan had bought the heritage bungalow from Bai Khorshed Bhanu Sanjana Trust in 2001. Since then, his mansion has been turned into a six-storeyed building and it overlooks the Arabian Sea. For the Vogue India’s Casa Vogue edition, Gauri Khan, who is more than just a star wife now and is a high-end interior designer, gives a never-seen-before peek inside her home, Mannat. Before taking you on a tour to the inside corners of Mannat, let us tell what Shah Rukh believes about his beautiful home. Revealing what ‘beautiful homes’ are made of, Shah Rukh posted a picture of Gauri and wrote, “Beautiful homes are made by beautiful homemakers. Bas!” 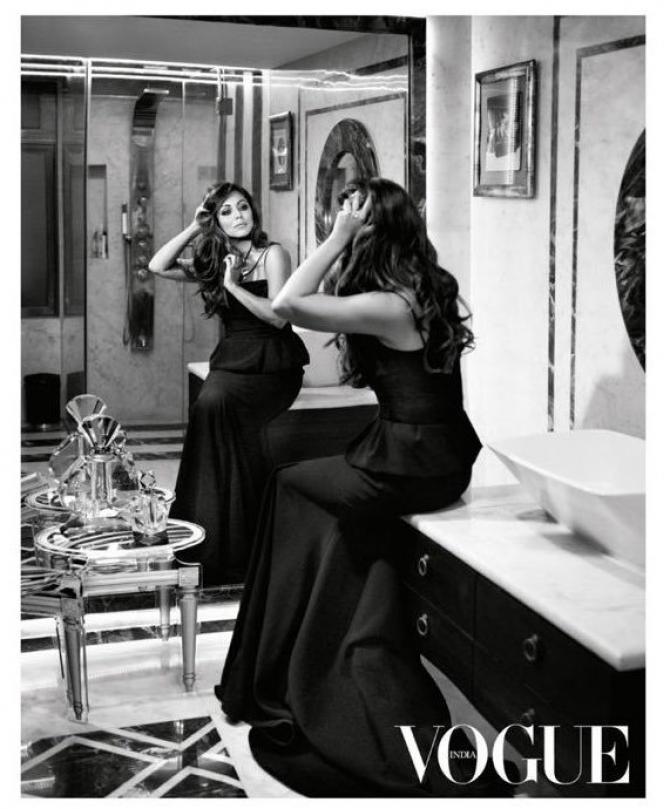 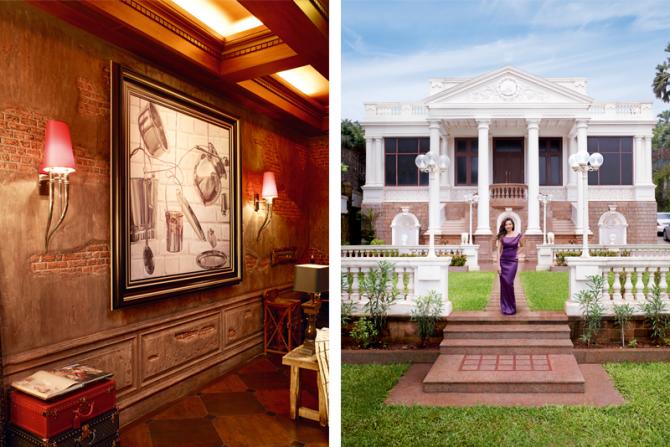 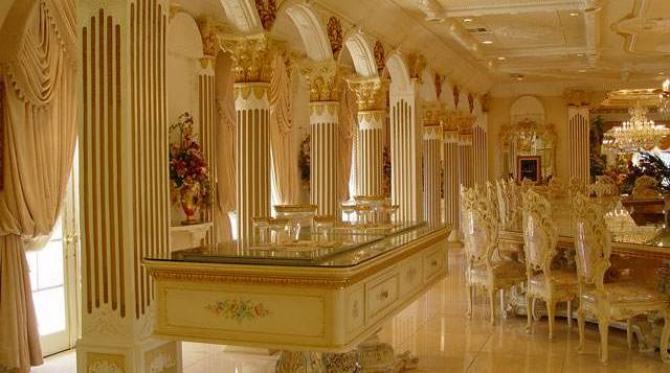 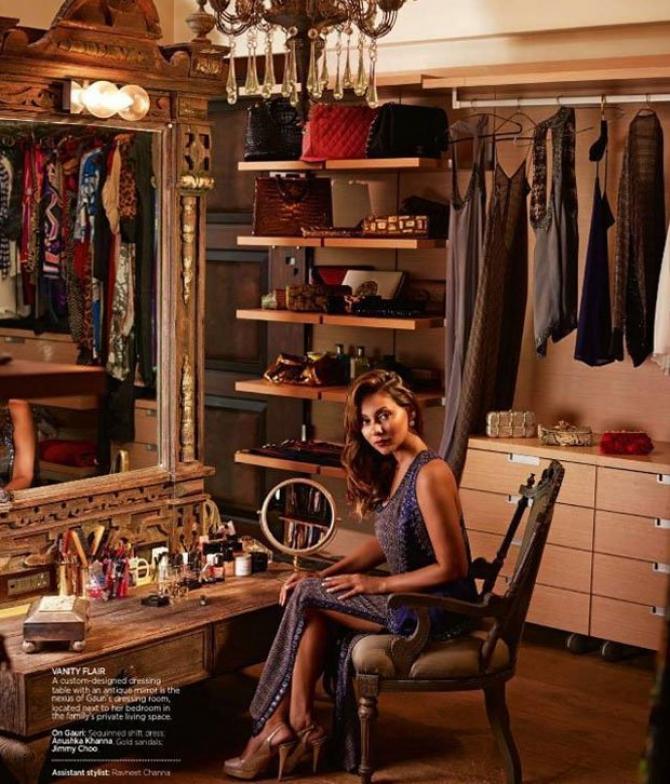 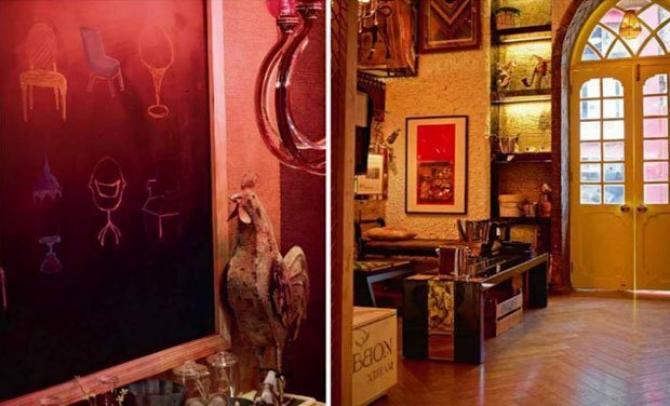 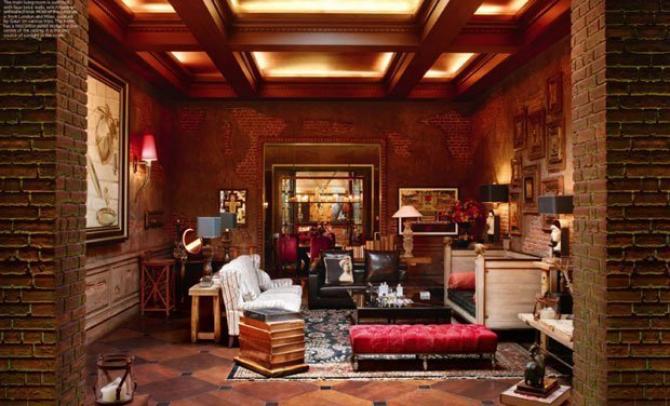 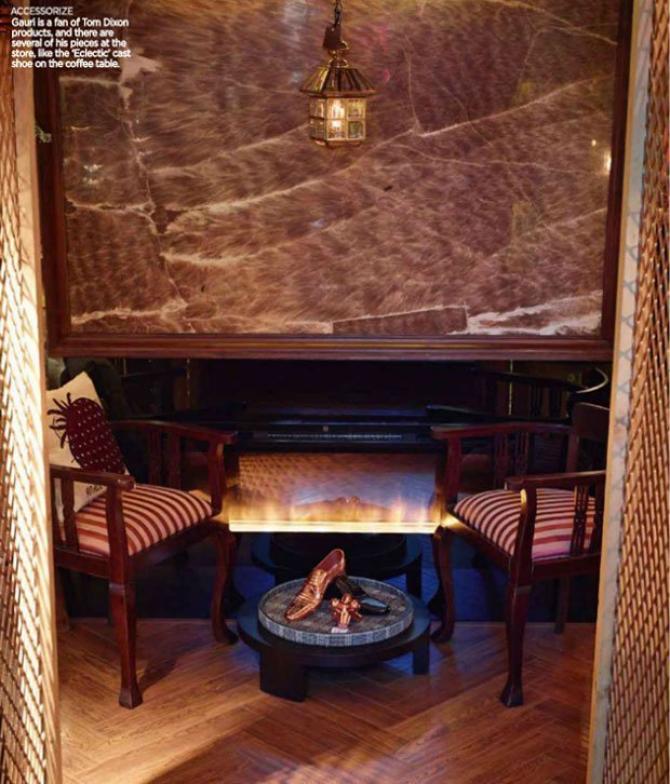 Gauri Khan doesn’t like flowers so so instead of floral arrangements and artificial plants Gauri had potted ferns everywhere. Gauri said, “Plants give out positive energy, They are good oxygen” As per Vogue, her passion for making a house a home seemed obvious when she pointed to the vertical gardens that she has been working on in the lawns outside her sea-facing mansion. For Gauri, Mannat came to her as a blank canvas that had let her grow and develop as an interior designer. 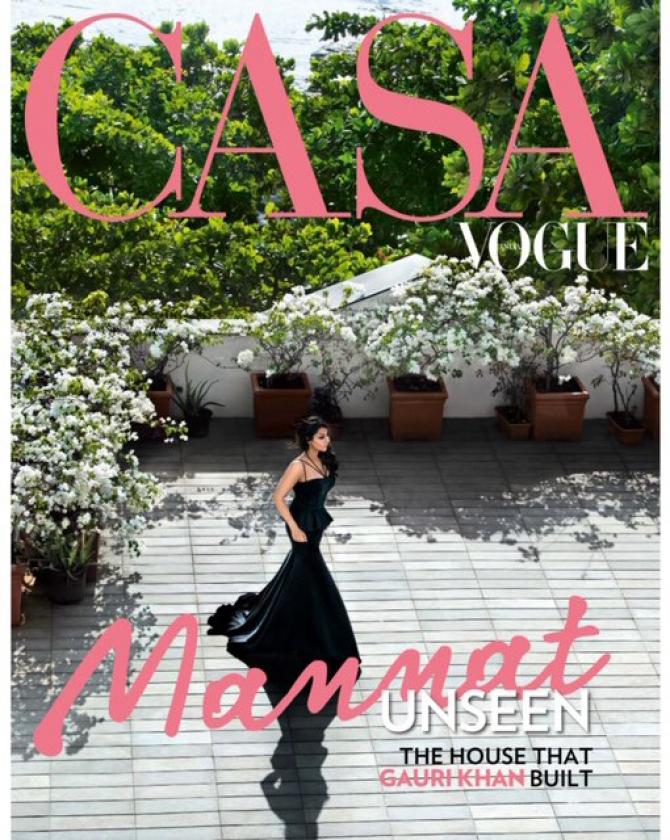 Once talking about his dream house Mannat Shahrukh had said, “The most difficult job I have done in my life is buying this house. I always tell my colleagues that they can take away everything, my money, my cars, but not my house. It’s for the safety of my family, it’s for my children.” 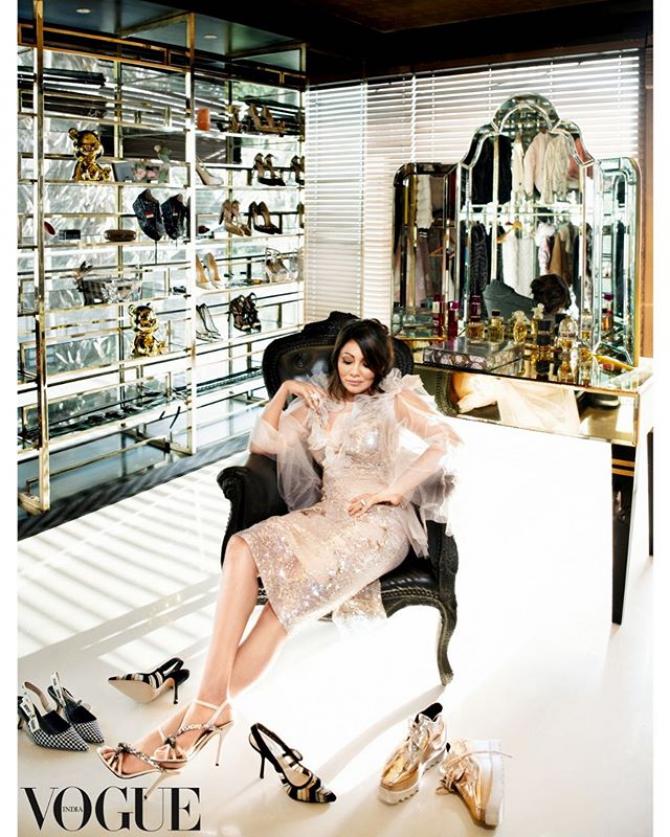 Once talking about her idea of a home ace designer Gauri Khan had shared, “I don’t like minimalist spaces. I love things that are warm, eclectic, personal and collectable. My home has been built gradually over years of collecting stuff that I feel passionately about. It’s essential to make something your own.” Speaking of the gatherings at Mannat, Gauri remarked, “We have a small set of friends who drop in casually. We don’t entertain much.” 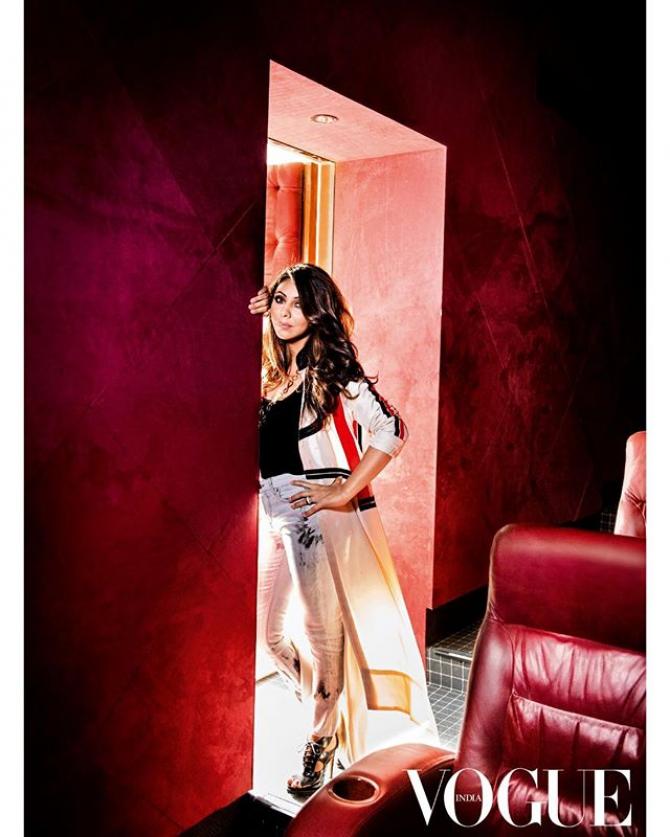 Not many are aware that Bollywood’s Dabangg, Salman Khan also had his eyes for Mannat. He was in all mood to buy the sea-facing bungalow where Shahrukh Khan lives. Salman revealed that he wanted to buy the amazing sea faced bungalow but cancelled his plan when his father asked him, “Itne bade ghar ka karoge kya?” (What will you do in such a big house?) The superstar also revealed that he has asked the same question to SRK also, “Tu itne bade ghar mein karta kya hai? (What do you even do in such a big house?).” Living in a mansion worth 200 crores is something definitely worth questioning. But Shahrukh is king Khan afterall, he needs everything to be more opulent. 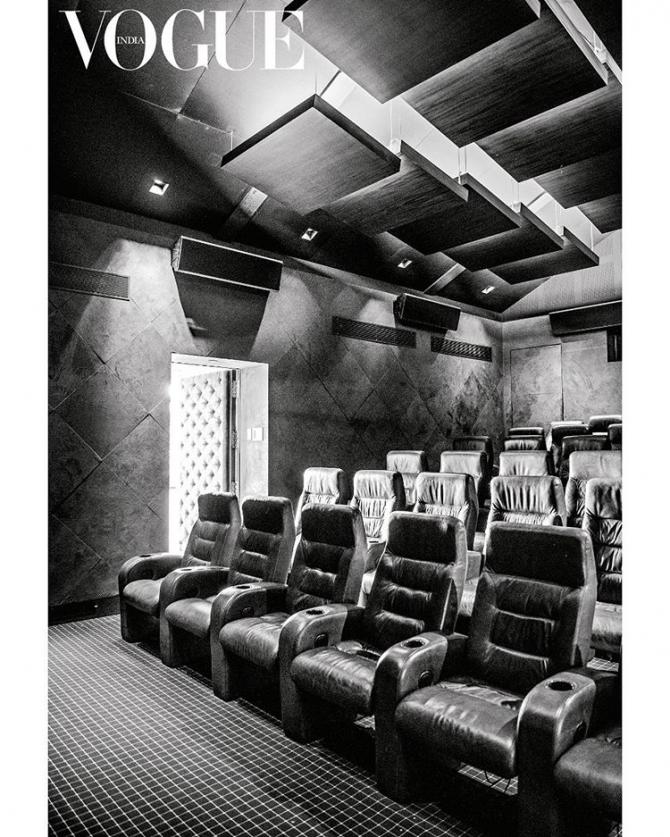 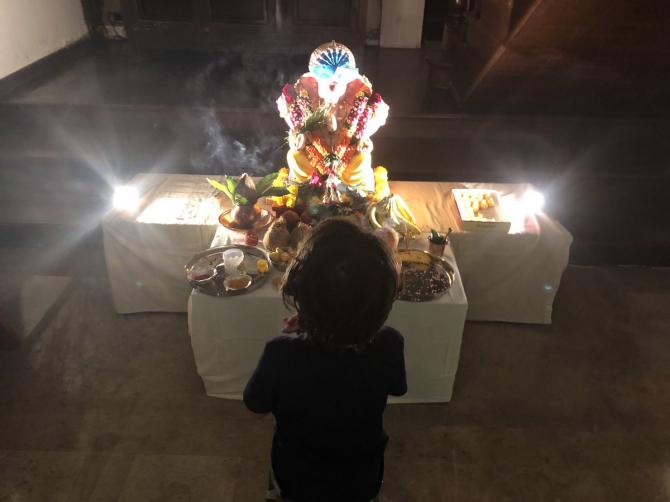 How did you like the Mannat unseen version by Gauri Khan herself? Let us know

Bigg Boss 13 Big Revelation: Evicted Arhaan Khan Declares Love For Rashami Desai, Wants To Propose Her Inside House
Nihaar Pandya Is The Perfect Jiju And We Have A Proof; Listens To ‘Saaliyon Ke Nakhre’ Says Shakti Mohan
Amitabh Bachchan and Ayushmann Khurrana’s New Film ‘Gulabo Sitabo’ To premiere on Amazon Prime Video; NOT TO BE RELEASED IN THEATERS!
Swara Bhasker Breaks Up With Boyfriend Himanshu Sharma After Dating For Five Years