Hina Khan, who became popular from house to house by becoming Akshara Mehra from the serial Yeh Rishta Kya Kehlata Hai, is famous all over the world today. Hina Khan got a lot of love from fans after coming to Bigg Boss 11. Hina Khan is not only included in the list of highest-paid actresses in the world of TV, but people also like her a lot for her fashion. 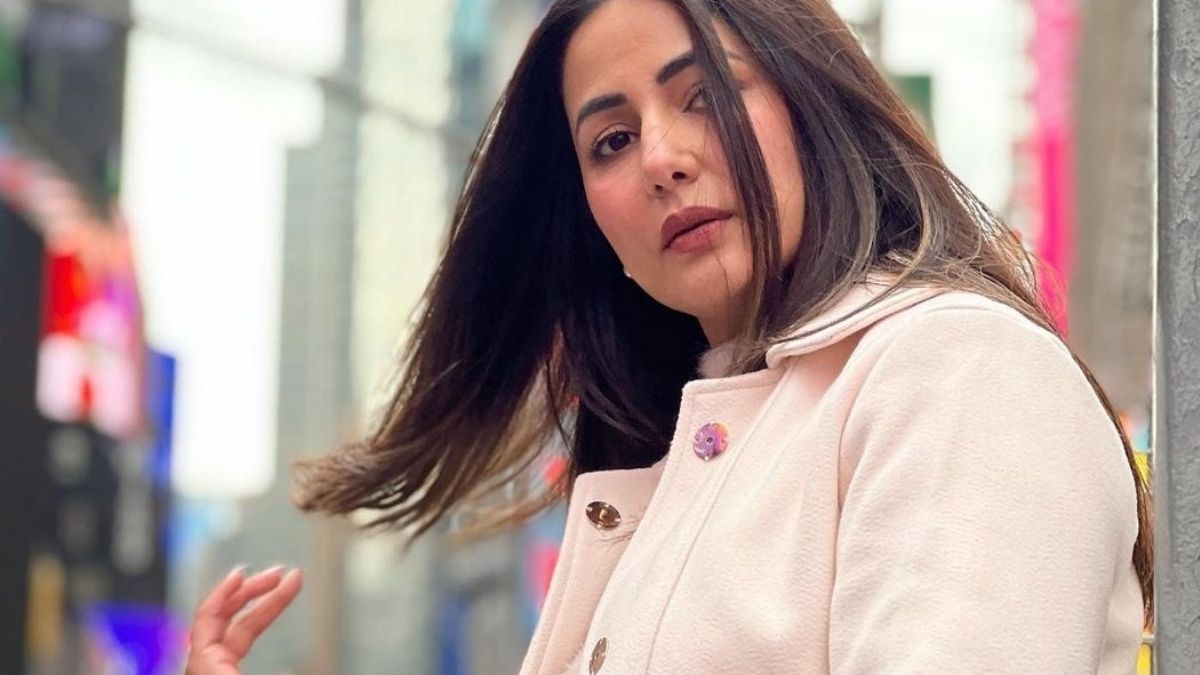 Hina Khan is very active on social media and often shares her beautiful pictures with fans. Recently, the actress shared many beautiful pictures while having fun on the streets of New York. Actually Hina Khan is currently in New York with her boyfriend and producer Rocky S and is going to celebrate the New Year there. Hina Khan recently shared pictures from the airport look as well as pictures from the streets of New York. In these pictures, Hina Khan is seen giving different expressions, her look is being made on sight. 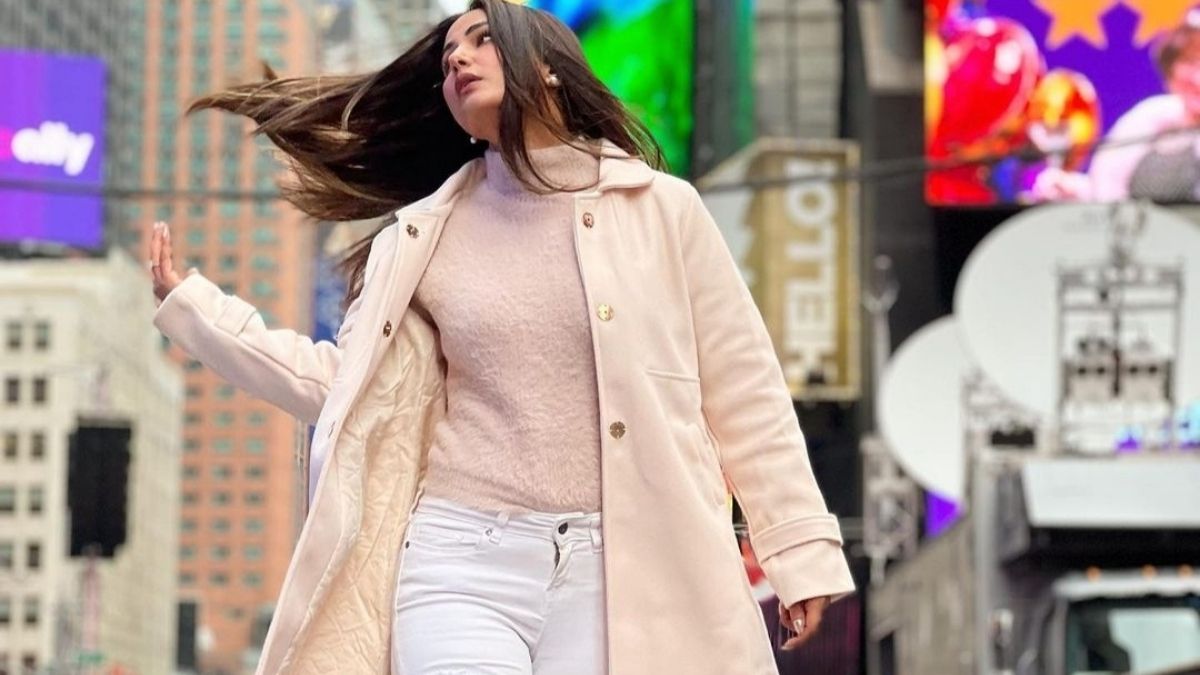 Her swag and style are worth a look in a light pink colored long coat, high neck sweater and white jeans. She is wearing boots with her entire look which completes her look. In these pictures, Hina Khan is seen posing in different styles. Fans are very fond of these pictures of her on social media.

People are commenting fiercely on these glamorous pictures of her. Sharing these beautiful pictures on social media, Hina Khan wrote, ‘Hello New York’. In the pictures, Hina Khan is sometimes waving her hair and sometimes she is seen posing for the camera. More than three lakh people have liked these pictures of her so far and commenting fiercely, a user wrote, ‘You are very beautiful. Another user put emoji on this picture of him. 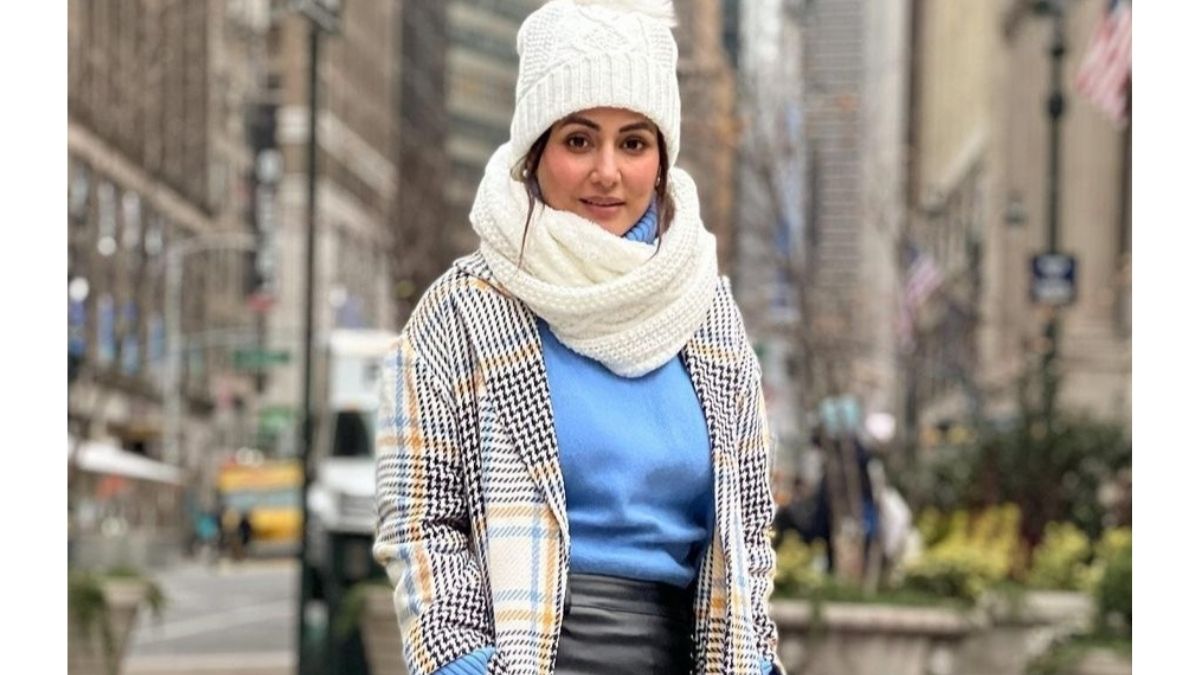 In another collage of picture she shared  in another attire which looks gorgeous on her. She is seen wearing black denim skirt along with blue top with long check coat. She also wore white cap with white muffler around her neck which looks prettier on her. Hina Khan often shares pictures on social media in her traditional look, sometimes western look. Hina Khan’s bold style has also been seen many times on social media. Hina Khan is well-liked for her acting as well as her glamorous look. Hina Khan has been seen acting in TV as well as films. 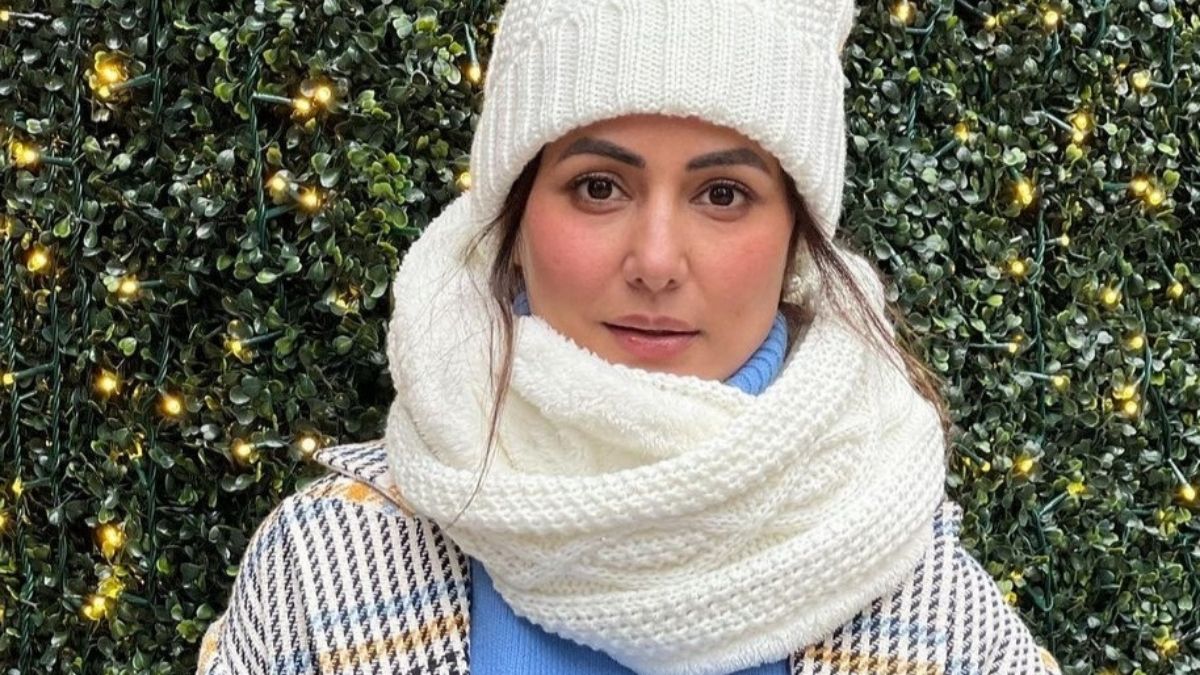