Following her romantic second wedding with Ben Affleck at his Georgia estate, the pair went all out for their spectacular second wedding in Georgia, inviting only their closest friends and family. Jennifer Lopez has finally released the first batch of photos from her modest wedding ceremony with Ben Affleck, and she looks stunning! Over the weekend in Georgia, the singer-actress married the Batman actor. 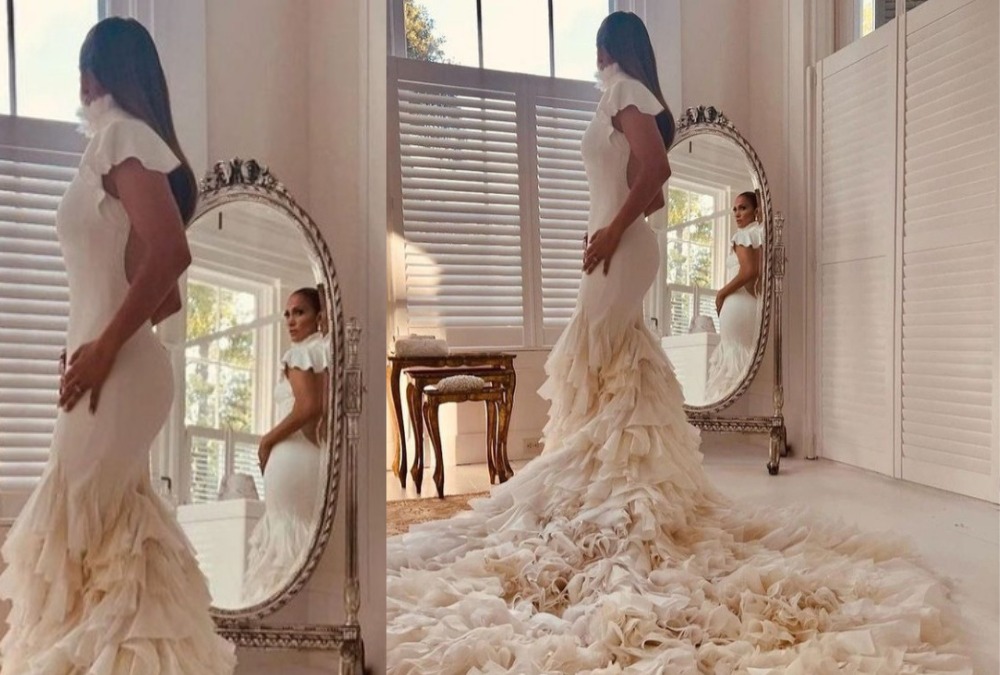 While a few photos from the wedding had leaked online, providing a taste of the ceremony, JLo posted photos on her website on Tuesday, leaving admirers in amazement.

The On The Floor hitmaker was photographed wearing three wedding gowns at the lavish wedding ceremony. There is one designer who designed all three dresses, and that is Ralph Lauren. The first costume she wore, which also served as her wedding gown, included the designer’s classic turtleneck column dress but with a modern twist. 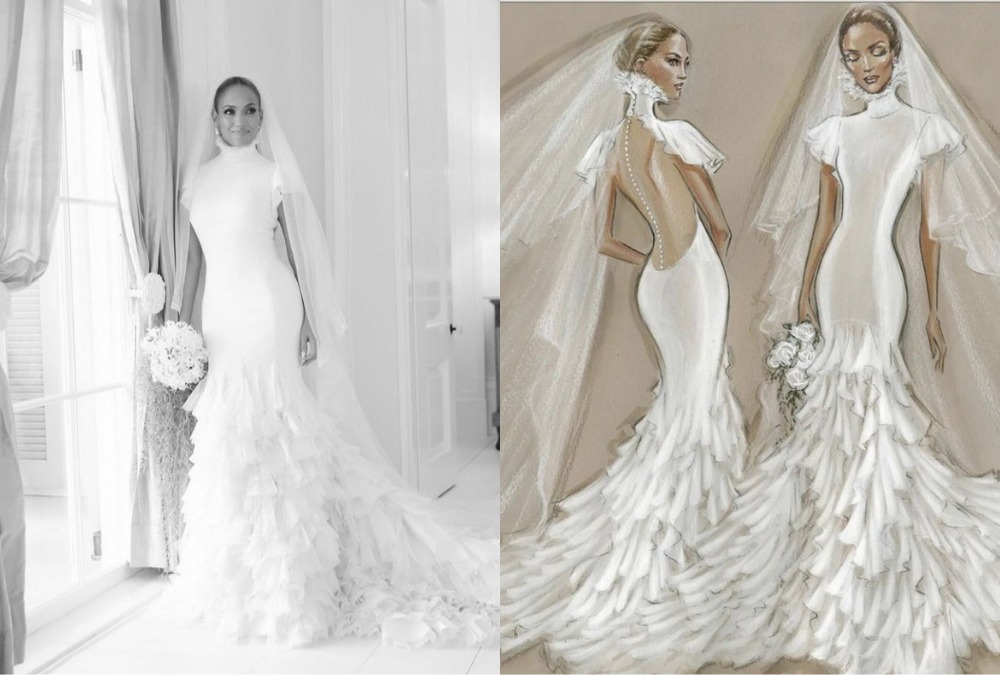 Over 1,000 handkerchiefs were converted into ruffles and joined to make the voluminous skirt, according to Page Six. The cathedral-length veil added a dramatic element to the ensemble. JLo then changed into a stunning chandelier-inspired gown with cascading pearl strings. ’30 artists spent 700 hours hand-embroidering the garment with micro-pleats of silk tulle, small pearl decorations, and Swarovski crystals,’ according to the press release. 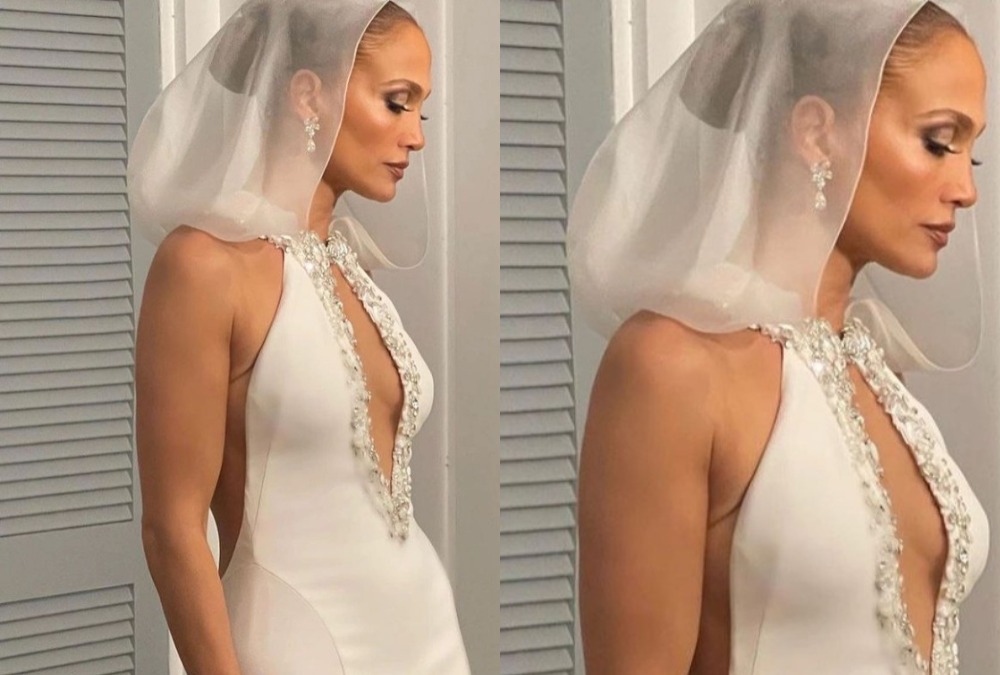 Lopez was photographed posing on a swing. The third and boldest gown was a body-fitting gown with a Swarovski crystal-embellished and plunging neckline. 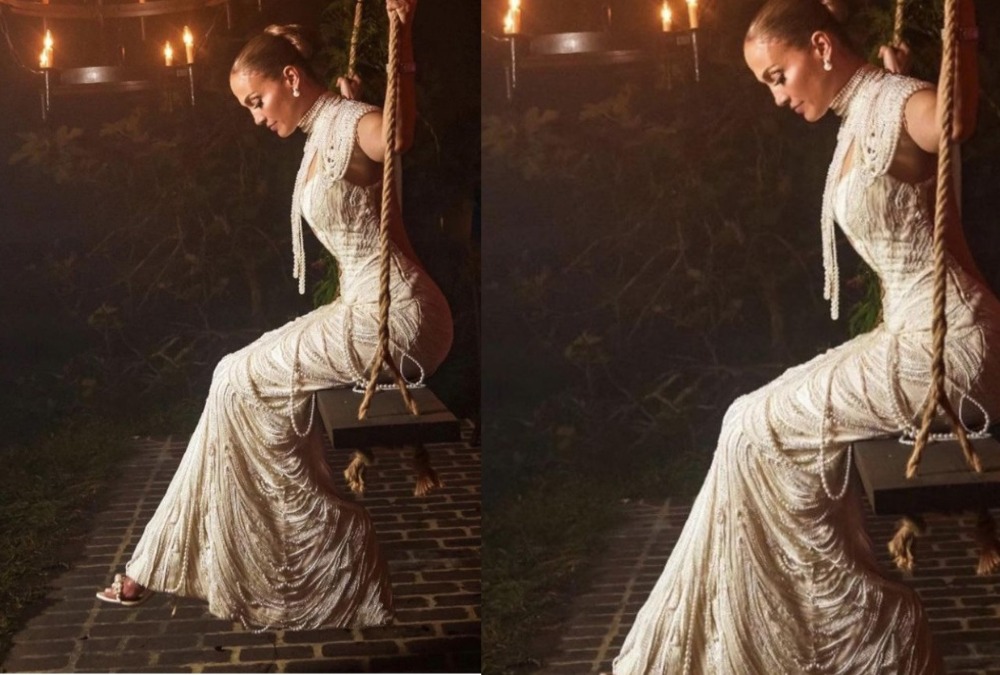 Jennifer and Ben eloped in Las Vegas and had their wedding ceremony shortly after. According to DailyMail.com, both Affleck and JLo’s children from previous marriages walked down the aisle before the bride made her grand entrance. This featured Jennifer’s children from her marriage to her third husband Marc Anthony, twins Emme and Max, as well as Affleck’s children from his first marriage to Jennifer Garner, Violet, Seraphina, and Sam.

Jennifer Garner, who is still close to Affleck, intended to attend the wedding but was unable to do so. Due to prior parental commitments in Los Angeles, Affleck’s brother Casey Affleck could not participate as well. At the wedding, celebrities such as Matt Damon, filmmaker Kevin Smith, and actor Jason Mewes were spotted, while George Clooney, Jane Fonda, Rene Zellweger, and Jimmy Kimmel are anticipated to attend.

Hours before the wedding, Ben Affleck’s mother sliced her leg after falling off the dock. Chris was transferred to Savannah’s St. Joseph Candler Children’s Hospital. Her injuries were deemed “not significant,” and she was seen leaving the hospital.