One day two separations, Yesterday morning, the Miss World Dia Mirza announced that she has decided to end her marriage of 11 years with husband Sahil Sangha. The reason is still unknown. A few hours later, the writer of Judgemental Hai Kya, Kanika Dhillon also announced her separation from her husband Prakash Kovelamudi. While people were still trying to adjust to these two splits, breaking news came out.

Then a report in Bollywood Bubble claimed that the real reason for Dia and Sahil’s separation is none other than the writer Kanika Dhillon. Bubble report stated that Kanika and Sahil are having an affair and Dia discovered about it and took the call. The actress couldn’t see her unfaithful husband and decided to end her 11 years of marriage with him.

Just a while back Kanika took to twitter and dismissed rumours of her affair with Dia Mirza’s estranged husband. She wrote, “Laughing” at the rumours, Kanika wrote, “Laughable-Despicable-Irresponsible! Fiction writing is my job! Can tabloids b a lill more responsible pls? Jst bcos 2news items come at d same time-They can’t b interlinked! It’s not a potpourri! Hav NEVER met Diya/ Sahil in my ENTIRE life! Pls get over it n let us get back 2work!”

Laughable-Despicable-Irresponsible! Fiction writing is my job!Can tabloids b a lill more responsible pls? Jst bcos 2news items come at d same time-They can’t b interlinked! It’s not a potpourri! Hav NEVER met Diya/ Sahil in my ENTIRE life! Pls get over it n let us get back 2work!

Coming back to Dia and Sahil’s separation, Dia had announced her separation on social media with her husband after 11 long years. Her letter could be read as, “After 11 long years of sharing our lives and being together, we have mutually decided to separate.We remain friends and will continue to be there for each other with love and respect”. 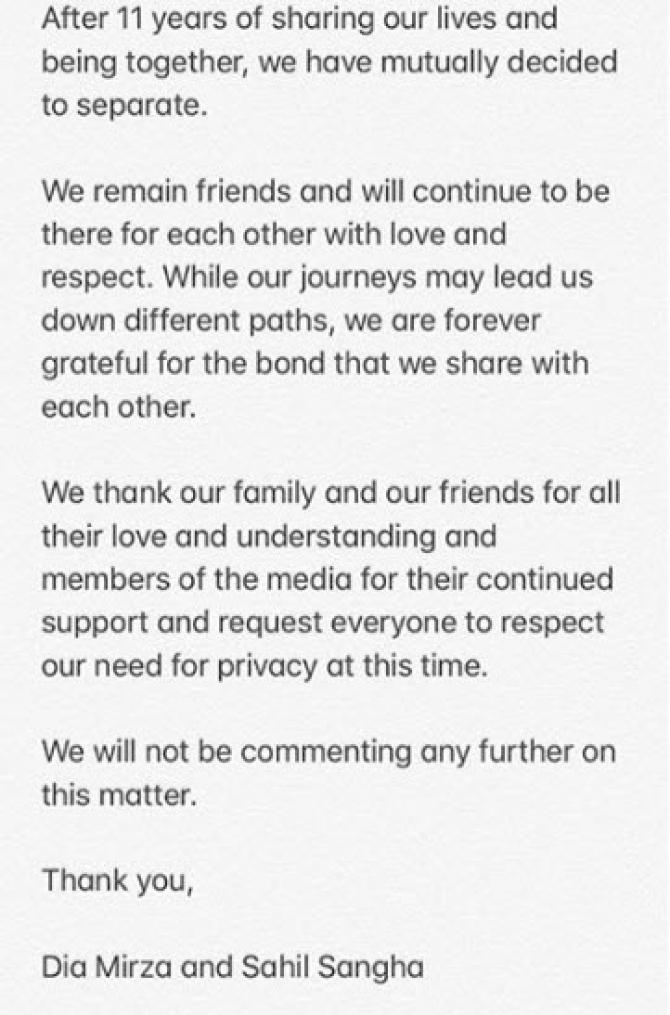 It could be further read as, “While our journeys may lead us down different paths, we are forever grateful for the bond that we share with each other. We thank our family and our friends for all their love and understanding and members of the media for their continued support and request everyone to respect our need for privacy at this time. We will not be commenting any further on this matter”. 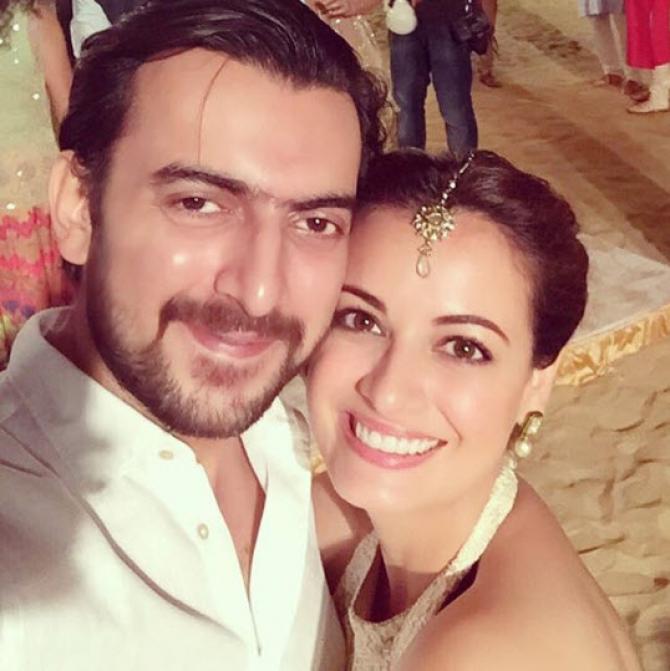 On the other side, Kanika and Prakash said in unison to us, “Yes, we did split but not during Judgemental Hai Kya. It happened 2 years back before the cameras rolled on the film.” When we prodded to know what exactly when wrong, Prakash continued to say, “We were settled in Hyderabad, as my social circle is there, but Kanika shifted to Mumbai, around 2 years back…” At this time, Kanika interrupted to say, “That’s really not important, what matters is that we are still friends and the decision is amicable.”

Dia and Sahil’s separation has no connection with Kanika and Prakash’s. May God bless them with the strength to go through this tough time.