Katrina Turns Desi After Marriage, Fans Were Stunned To See Her In Pink Salwar Suit At Airport!

Katrina Kaif always remains in the headlines for her fashion sense. She does not leave any chance to impress the fans with her new look. Recently Katrina was spotted at the airport. Now a video has also surfaced during this, in which she is looking very beautiful. 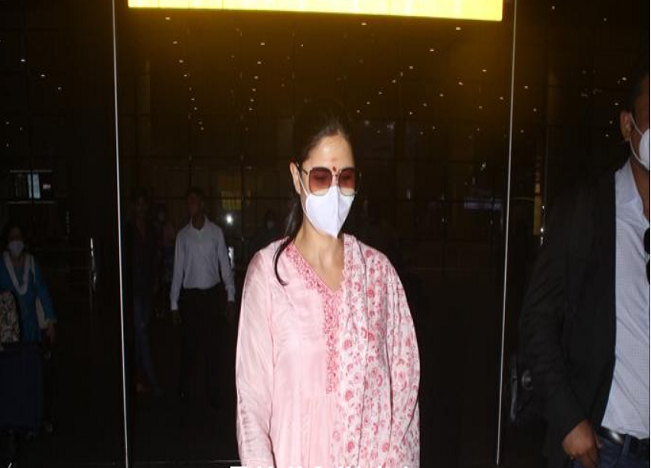 Viral Bhayani has shared a video on his Instagram account, in which Katrina Kaif is seen in a traditional avatar. Katrina is wearing a pink color salwar suit. Along with this, she has carried a printed matching dupatta. And fans are lavishing love on this look of Katrina.

Katrina tied her hair in a ponytail style. With this, she is wearing glasses. Katrina Kaif’s no-makeup look is visible in these pictures. This video of her has surfaced on the internet. Her traditional look is highly praised in the comment section of this picture. 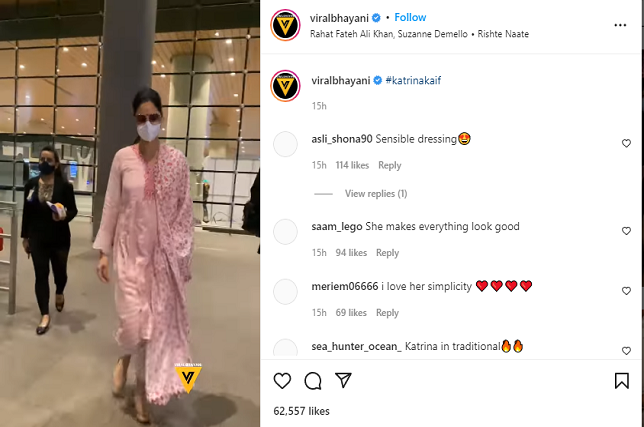 After marriage to Vicky, Katrina Kaif spends most of her time with her husband Vicky Kaushal. Recently, Katrina made breakfast for Vicky, whose photo she shared on her Insta Story. Sharing the picture, Katrina wrote in the caption, ‘I made Sunday breakfast for husband’.

Katrina Kaif and Vicky Kaushal got married on 9 December 2021 in Rajasthan. There is a difference of almost five years in the age of both. The chemistry fans of this couple are very much liked. Recently, this couple has returned after enjoying a vacation abroad. The pictures of the vacation also went viral on social media. Talking about the work front, Katrina Kaif will be seen in her new film ‘Tiger 3’. At the same time, Vicky Kaushal completed the shooting of a new film with Sara Ali Khan some time back.