Actor Kiara Advani seems to be missing her bikini body as on Sunday, she shared on Instagram a throwback picture, where she is seen wearing a yellow bikini and captioned the post as “Dear bikini bod, please come back…” Netizens have left a string of comments on Kiara’s throwback image, which was taken during her vacation in the Maldives. 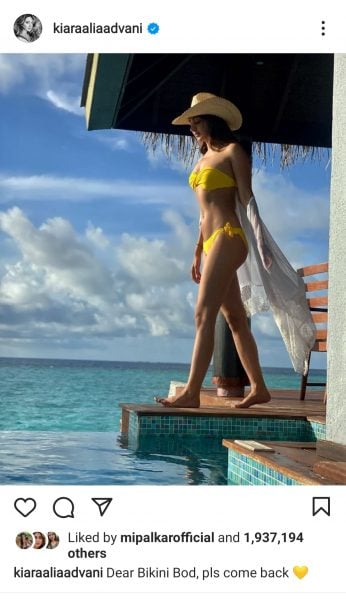 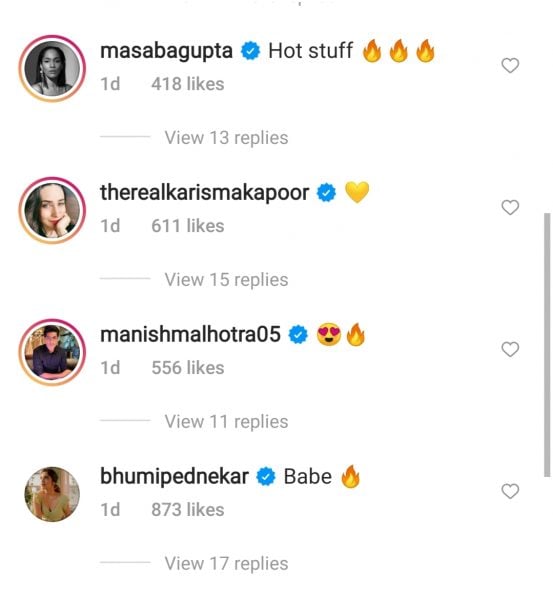 Kiara rang in the New Year in the Maldives. It was speculated that she visited the island nation with her rumored boyfriend Siddharth Malhotra. Although they were there at the same time, the two of them did not share any pictures or videos. 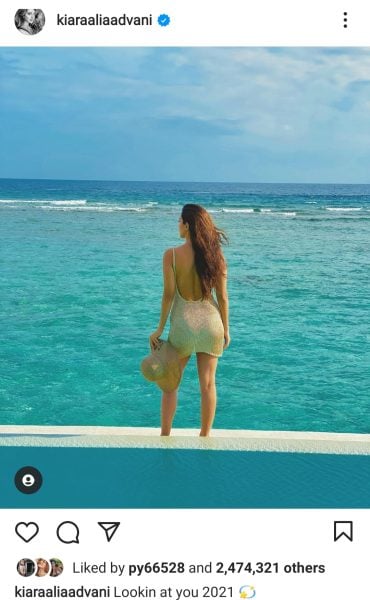 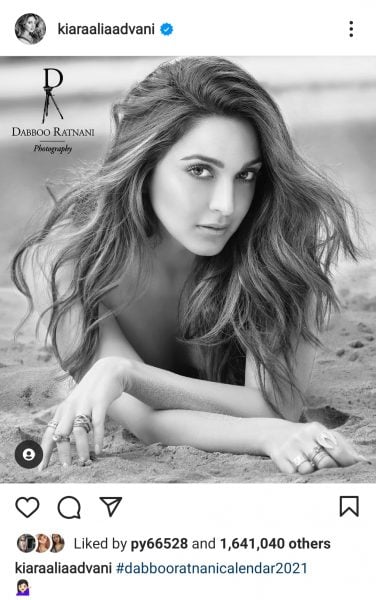 Recently, images from Kiara Advani’s hattrick shot for Dabboo Ratnani’s calendar were unveiled. The ace photographer revealed shots of the ravishing beauty against a beach backdrop. Posting amid the sand, Kiara looked alluring in her third ever calendar picture for Dabboo. The actress looks gorgeous in the black and white picture from her photoshoot with a celebrity photographer.

Kiara will be seen next in a war drama titled Shershaah, starring Siddharth as Kargil war Hero and Param Vir Chakra awardee, Caption Vikram Batra. Reports suggest that the film will skip a theatrical release and come out directly on an OTT platform, amid the covid -19 pandemic.

Apart from Shershaah, Kiara will be seen in Bhool Bhulaiyaa 2, alongside Kartik Aaryan, Tabu, and Rajpal Yadav. She also has Jug Jugg Jeeyo with Varun Dhawan, Neetu Kapoor, and Anil Kapoor in the pipeline.