Actress Mouni Roy and Mrunal Thakur are in Doha, Qatar. The two are having fun in the Gulf country. But what made their day in the city was bumping into football icon David Beckham at an F1 tournament. Expressing their happiness, the two posted pictures with him on their respective Instagram accounts.

Mrunal shared a selfie and a full shot with Beckham and penned in the caption, “AND THIS HAPPENED! BEST NIGHT EVER @davidbeckham @f1 @fabdoha. Are you jealous?” 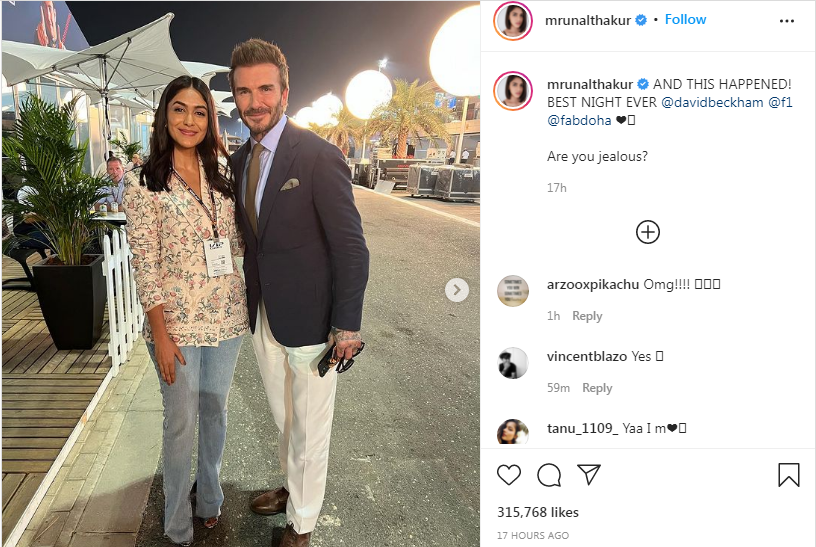 Mouni also shared a picture of her meeting with David. She captioned it as, “What just happened !?!? @davidbeckham #BEST.” The actress was looking hot like always in a black dress and heels. 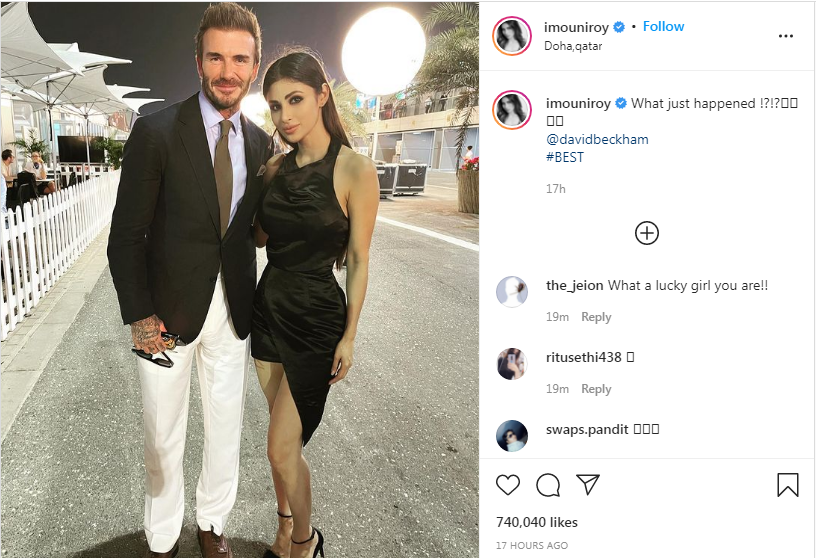 Ranveer left fire emoji and wrote, “Oooo,” Anita Hassanandani commented, “Woah” Anusha Dandekar and Disha Parmar dropped heart-eyes emojis on the post. One of her fans called the pic, “Absolutely stunning”. Another wrote, “So jealous at the moment.” One more fan commented, “wow you are very lucky.”

Mrunal Thakur was last seen in Farhan Akthar’s Toofan. The actress’ latest release Dhamaka along with Kartik Aryan, on Netflix, is winning praises from critics. Mrunal has many films in the pipeline including Aankh Micholi, Pippa, Thadam remake, and Jersey.

Mouni was recently seen performing at the Indian Film Festival of India in Goa. She was last seen on the big screen opposite Rajkummar Rao in Made in China. Later, the actress featured in the film, London Confidential on ZEE5.