Kamal Rashid Khan, popularly known as KRK, describes himself as a critic and he is always in the discussion about some controversy. Up to now, he had fierce combat with Salman Khan and Mika Singh. Now KRK has recently taken a dig at  Taapsee Pannu’s new film. He described Tapsee as a C- grade actress and her film ‘ Haseen Dilruba’ has also been described as C- grade film.

Tapsee Pannu’s movie ‘ Haseen Dilruba’ launched on the OTT platform on July 2. KRK has tweeted on this. He has written, ‘ Many individuals are asking me to evaluate the movie Haseen Dilruba. Very first thing I don’t know when this film was released and where. Secondly, I don’t review C grade films of C grade actresses because I am Dr. KRK World’s No 1 critic’. Apart from Tapsee Pannu, Harshvardhan Rane and Vikrant Massey are also seen in the mystery ‘Haseen Dilruba’ made in the direction of Vinil Mathew. The story of the film is written by Kanika Dhillon and is produced under anand I Rai’s banner ‘Colour Yellow Productions.’ 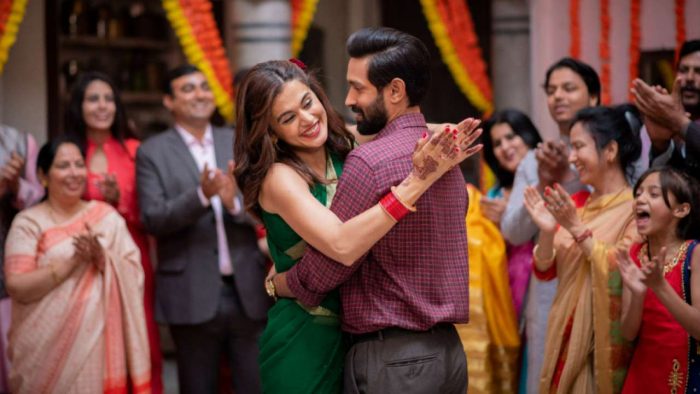 The film has not received much good response nor has the performance of the cast in the film received appreciation. Well, talking about KRK, he has been in the news for a long time. He had recently refused to review Vidya Balan starrer Amit Masurkar’s Sherni. He said,’ Many people are asking me to review the film #Sherni. Dear people, please note I don’t watch or review or talk about such small films. Because I am #DrKRK the No. 1 critic of the #ThebrandKRK world.’

Let us tell you that this is not the first statement of KRK when he has targeted any Bollywood celebs. Recently, he took a dig at Salman Khan, Mika Singh, Kangana Ranaut, and Shahrukh Khan. The dispute between KRK and Salman reached the court.