KRK has stirred up yet another controversy, this time around calling Arjun Kapoor the biggest flop actor in Bollywood. He also lashed out at Vicky Kaushal and Ayushmann Khurana. He called Vicky Kaushal as Katrina Kaif wala! His comments sparked a new series of discussions over the internet. 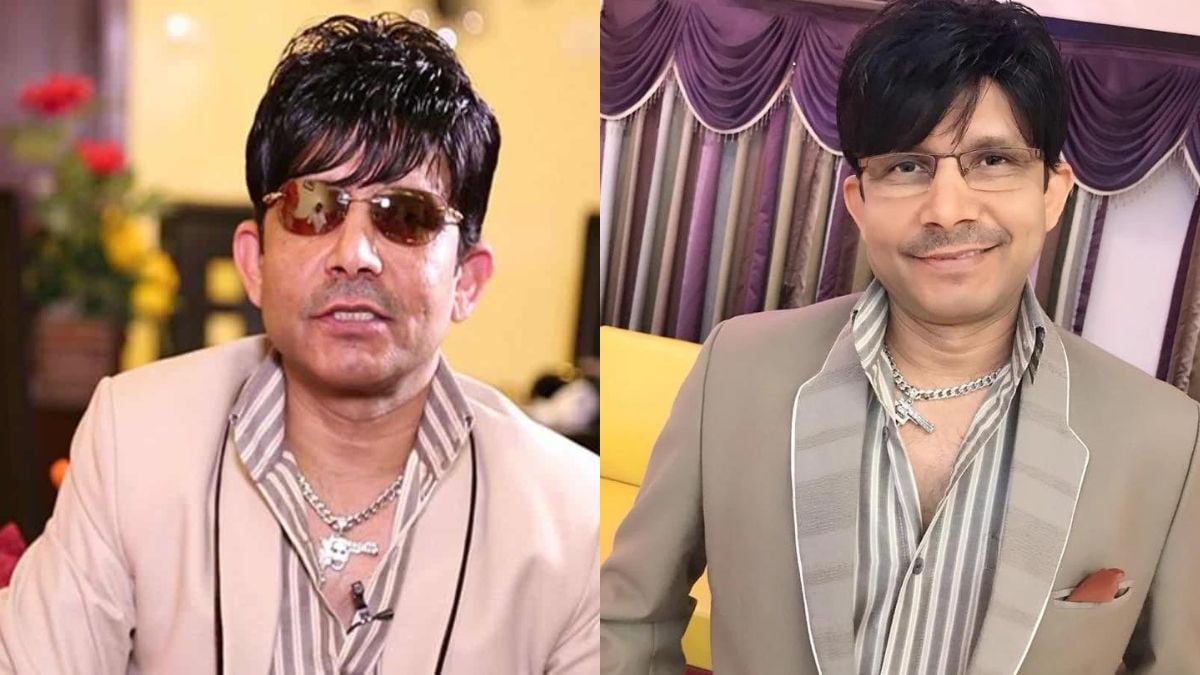 Is there a day in which KRK isn’t controversial? That sounds next to impossible. He made comments about Shah Rukh Khan and his film Pathaan among other remarks mainly targeting the film’s production and Bollywood, Khan has now got his sights on Vicky Kaushal and Ayushmann Khurrana. 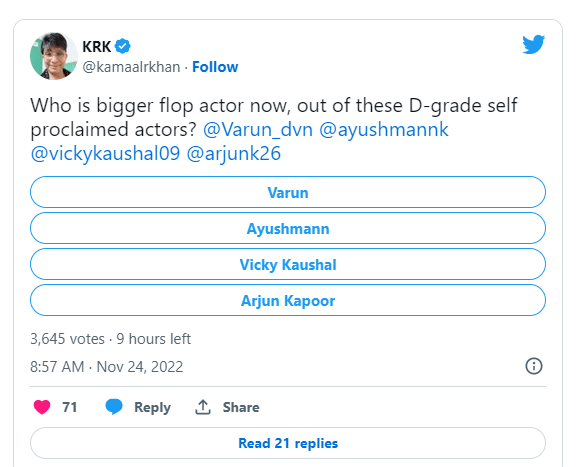 It all began when KRK began talking on his Twitter handle on Twitter. The question asked was “Who is the bigger flop actor now, out of these ‘D-grade’ self-proclaimed actors?” So who was the actor voted to be the bigger flop with more than a 70% consensus? It was Arjun Kapoor who was given the title. 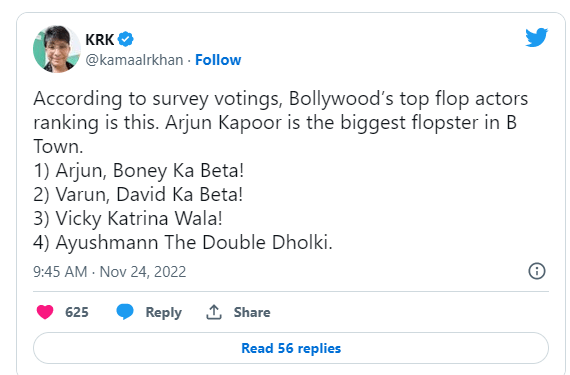