Bollywood actress Richa Chadha faced criticism for her Galwan tweet. She issued a statement apologizing for unintentionally hurting the sentiments of ‘army brothers.’

The actor said her intention was not to hurt or harm anyone. She issued a statement. The actor spoke about her family’s connection with the army. Richa Chadha said that her ‘Nanaji’ as a lieutenant colonel took a bullet in the leg in the Indo-China war in the 1960s. “My Mamaji was a paratropper. It’s in my blood,” the actor said apologising for the controversy. 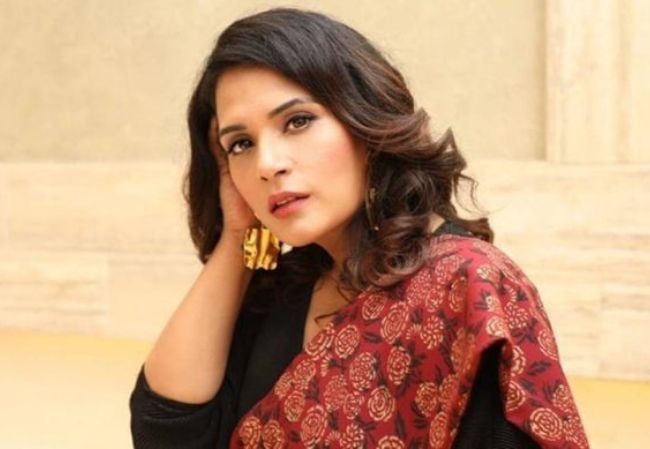 She wrote, “Even though it can never be my intention n the least if the 3 words which are being dragged into a controversy have offended or hurt anyone, I apologise and also say that it would sadden me if even unintentionally my words have triggered this feeling in my brothers in the Fauj of which my own Nanaji has been an illustrious part. As a Lt. Col, he took a bullet in the leg in the Indo-China war, in the 1960s. My Mamaji was a paratrooper. It’s in my blood.”

She further added, “A whole family is affected when their son is martyred or even injured while saving the nation which is made up of people like us and I personally know how it feels. It is an emotive issue for me.” 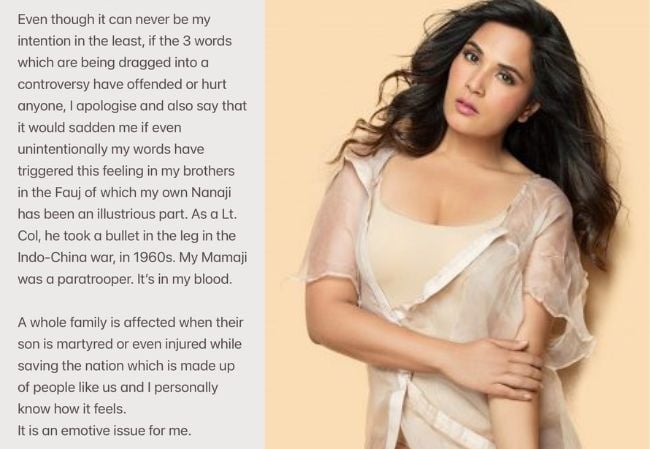 The actor was criticized for her ‘Galwan says hi’ tweet. She was accused of being anti-national. Several social media users, including BJP leaders, slammed the actor. They questioned her patriotism. Her tweet came in response to the Indian Army’s statement that it was ready to carry out orders from the government if asked to take back Pakistan-occupied Kashmir.