Malaika Arora Raises The Temperature In A Bikini, Catches Arjun Kapoor Scrolling Through His Phone On Holiday-See Pics

Putting all break-up rumors to rest, Malaika Arora and Arjun Kapoor have taken a break from their tight working schedules for a vacation in the Maldives. The two are currently chilling in the island nation. Both Malaika and Arjun are sharing their individual pictures of themselves, the resort, and the beach on their Instagram stories.

On Thursday, Arjun posted a monochrome selfie and asked his fans to guess the place. After a few hours, he tagged Patina Maldives hotel in Fari Islands, Maldives as the location. 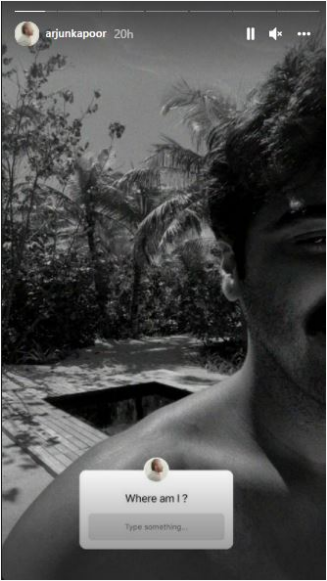 He also shared a photo of himself sitting under a shade at the resort. Going by its caption that read, “When she catches you scrolling through Instagram while on holiday”, it is confirmed that Arjun is holidaying with his lady love Malaika. 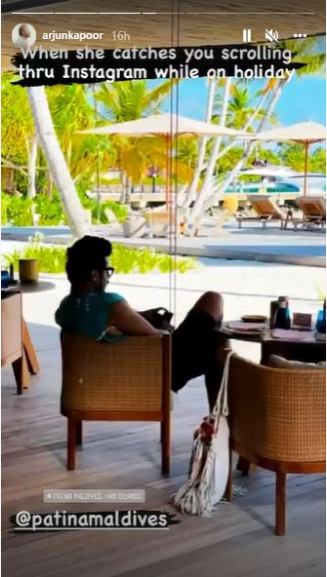 On the other hand, Malaika is also keeping her fans entertained by putting out pictures of herself in different outfits. She shared sunkissed selfies in a printed white top on her Instagram Stories. Later, she posted a picture of her in gym wear, hinting she did not take miss out on her workout routine even on a holiday. Few hours later, she raised the temperature in a selfie that had her in a printed black and yellow bikini. Malika flaunted her hot figure in the photo. 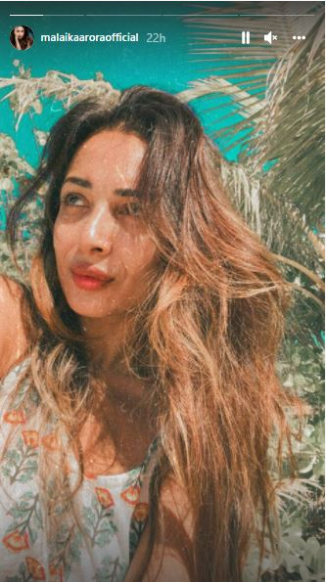 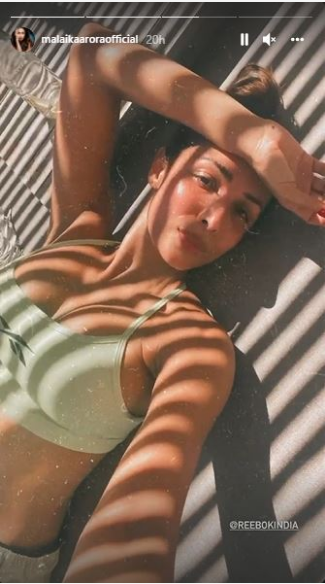 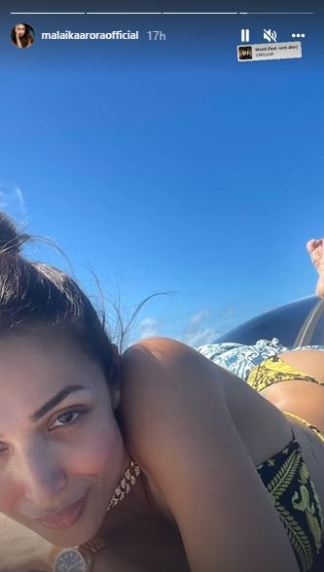 On the work front, Arjun is currently working on Aasmaaan Bhardwaj’s Kuttey. Malaika, on the other hand, is a judge on a dance reality show, India’s Best Dancer. The couple has been dating for quite some time now.

Recently, rumors of Malaika and Arjun’s breakup made it to headlines. Several reports suggested that the couple has decided to call it off after making it public in 2019. They also suggested that the duo would not be celebrating Christmas and New Year together.