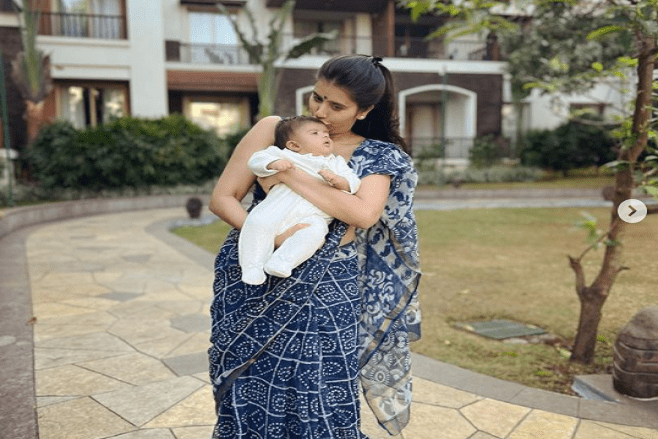 Charu is seen wearing a blue sari. And on her lap is her daughter in a white baby suit, on whom she is showering her love. Sharing three pictures, the actress has also written the caption, “Happy three months my life, no one should be noticed. I love you more than anything in this whole world.”

After sharing these pictures, many congratulated her, then the fans also started giving their opinion on the face of the daughter. One wrote, “She looks like her father.” While the other wrote, “Don’t look at the princess.” Celebs have also showered lots of love on these pictures of Charu. 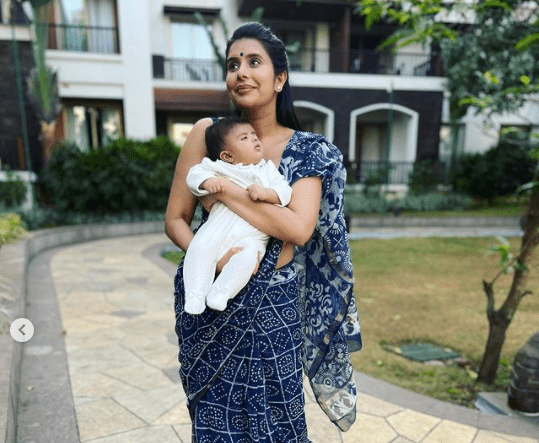 Let us tell you that Charu is currently away from the small screen. But she remains very active on her YouTube channel and Instagram. Here, she keeps introducing fans to her family. Charu married Sushmita Sen’s younger brother Rajiv Sen in 2019. And after giving birth to a daughter in November 2021, the actress had put on a lot of weight. Because of this, she also started working out. She also told about this in her vlog.