Mouni Roy Gets Married To Suraj Nambiar, Pictures Came To The Fore- Exclusive!

Bollywood and Television actress Mouni Roy Finally gets married to her long-time boyfriend Suraj Nambiar. Finally, she became Mrs. From miss. The pictures of marriage have been surfaced to the floor now.

All the wedding functions stars of TV have attended Mouni’s wedding, in which from Arjun Bijlani to Mandira Bedi have attended her marriage on behalf of Mouni. The celebration of Mouni’s wedding was kept for 2 days. On the 26th of January Haldi and Mehendi, Rituals were started and now today Grand Celebration has arrived. 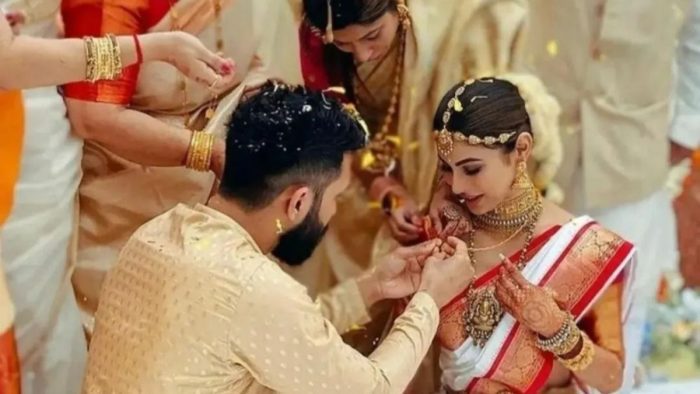 Yesterday Mouni’s mehndi and Haldi looks went viral. Mouni was looking so gorgeous in yellow and white Lehenga during her Haldi ceremony. Mouni was seen dancing her heart out not only this her friends Mandira to Arjun Bijllani all participated very heartily and were seen dancing and enjoying. 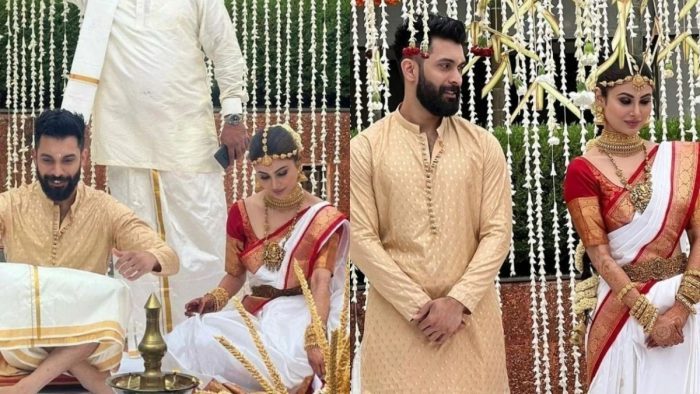 Many pictures of Mouni’s Haldi ritual are becoming viral on social media. Mouni Roy was wearing a lehenga and dupatta with fringe tassels and in many videos, she was seen dancing at the time of her Haldi. After Haldi, Haldi Mouni shared a photo with her future husband Sooraj Nambiar on social media for the first time. In this picture, Mouni was seen wearing a red suit, while Sooraj was seen wearing an off-white kurta. 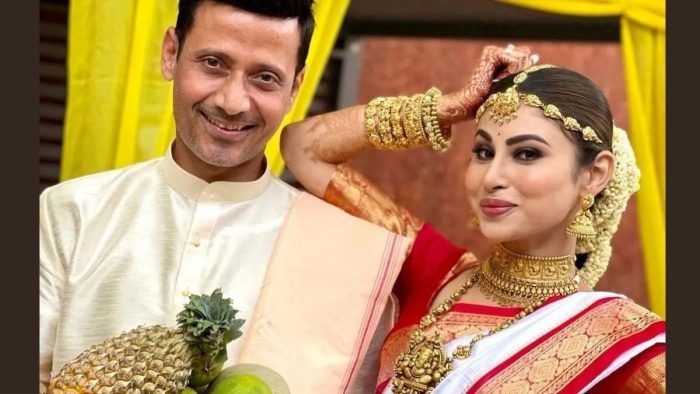 According to reports, the marriage of Mouni-Sooraj was completed according to the first Bengali and South Indian Rituals. As we know Mouni gets married in a very royal style in a five-star hotel in Goa. The theme of the wedding was kept white. In such a situation, this marriage was done luxuriously amidst the white color on the beach.