Sara Ali Khan has made sure that she stands out as a star in Bollywood. She is the daughter of the nawab of Pataudi, Saif Ali Khan and his ex-wife Amrita Singh. On her first on-screen appearance on the celebrity chat show Koffee With Karan, Sara Ali Khan appeared with her father and blew everyone’s mind. She didn’t come out as the regular star kid but instead as someone who knows how to stay grounded but still not ashamed to speak her mind out. Not just that, she also won hearts with her amazing acting in two back to back hit movies Kedarnath and Simba. 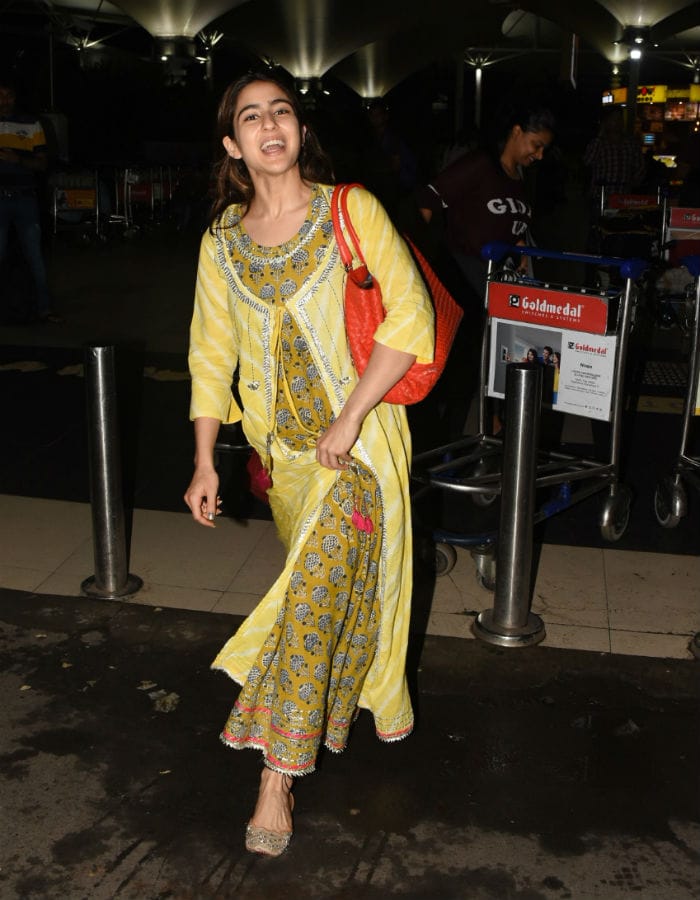 Recently, Sara was in Lucknow to spend some quality time with Kartik Aaryan. The two are rumoured to be dating. After seeing off Kartik with a big hug at the airport, Sara was seen carrying her own luggage. Very few celebrities tend to carry their luggage at the airport and netizens have hailed Sara’s this move.

Many fans have commented on Sara’s viral video, carrying her luggage. One fan wrote, “She is the only star that I have seen pushing her luggage well done just goes to show that just because your star you can do things yourself and not be proud just because you’re a Bollywood star like most of them who thinks they are above everyone!!!!!” 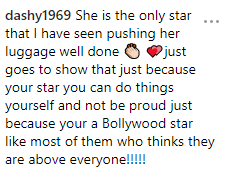 Read other comments below